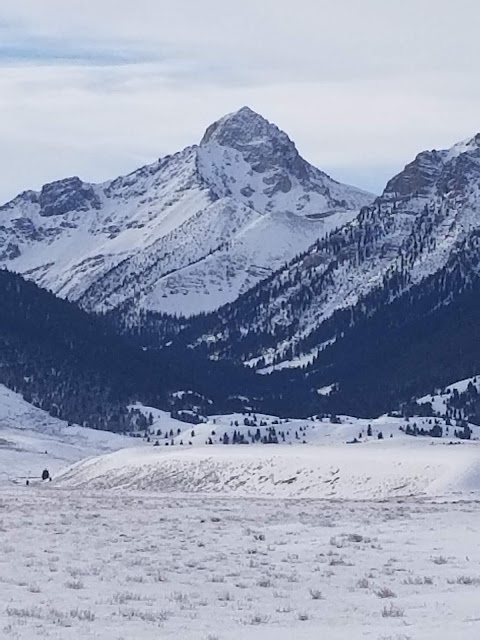 Bell Mountain (11,612’) is a beautiful and prominent peak in the middle part of Idaho’s Lemhi Range.  The Range’s second highest peak, it really stands out when viewed from the Lost River Range to the west.  This was my second trip (April, 2011) to attempt to climb this peak- for some strange reason I seem to head there when conditions are not ideal.  This time was no different.

Tom and I left Missoula at 5:30am on Saturday morning and made the approx.. 4 hour drive to the start.  The “start” is wherever you can drive to on the two lane roads on the sagebrush covered plains east of the peak.  We made it about 4 miles off of highway 28 so were feeling pretty good about ourselves. The weather at the start was pretty nice but the forecast was calling for change.  Thus we decided to try to make a push for the summit that day, realizing that we would probably run out of daylight. Beginning at 10am (7200’), the first couple miles was spent skiing (me on ski’s, Tom on a splitboard) about two miles across the sagebrush flats to the mouth of Bell Canyon.  We then started to gain elevation as we entered the canyon, heading up and south towards the peak. We dropped our camping gear a little after noon at the 3.3 mile mark (8300’), had some lunch, then began ascending up towards the East Ridge of the peak. The snow was not real conducive to rapid travel however.  The weather rapidly began to change as well- sky became completely overcast and winds started to howl. At about 9000’ on the way up to the East Ridge, Tom threw in the towel. I decided to at least get up to the ridge to get a look at it for a future attempt. I gained the ridge, made it up to about 10,000’ (still ¾ miles from the summit) and called it quits (it was 4:00pm at that point).  I estimated at least another hour to get to the summit block and then probably another hour to climb the semi-technical 600’ to the top.

It took about an hour and a half to get back to our camp via some lousy skiing.  We enjoyed some dinner and called it an early night, tucking in to our nice warm bags at 7:30pm.  A nice 12 ½ hours later we awoke to squalls mixed with pockets of blue sky. We ate, packed up and had a pretty quick 1.5 hour ski back to the truck.

This climb certainly could have been done, but three days is needed by the likes of us (day to approach, a full day to climb, then a ski out/ drive home).  In the summer, in would be a day trip. All days spent in the mountains are good days though, so we’ll chalk this up as a weekend well spent! Forest Dean 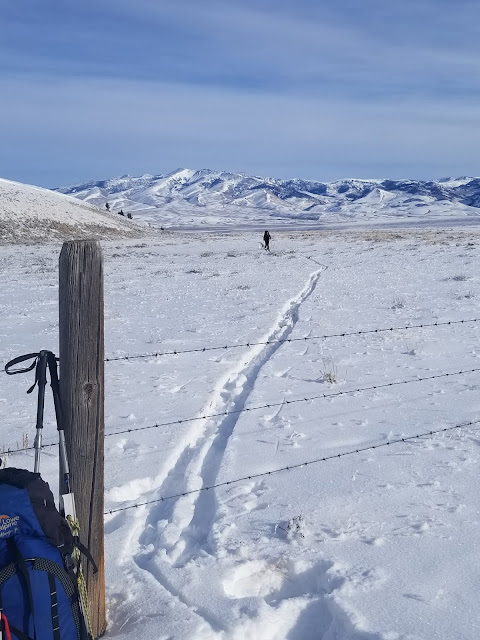 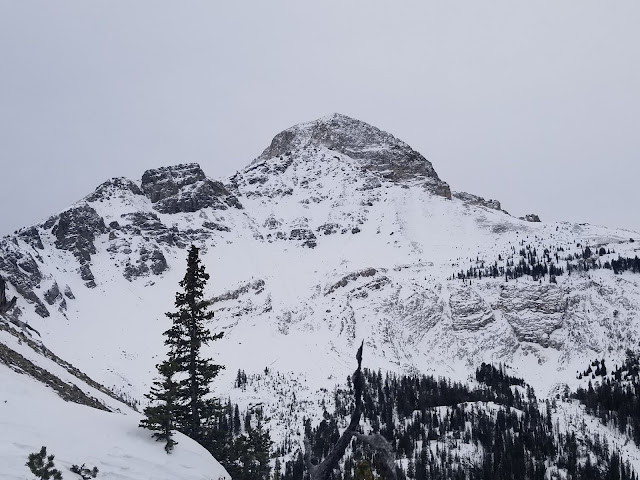