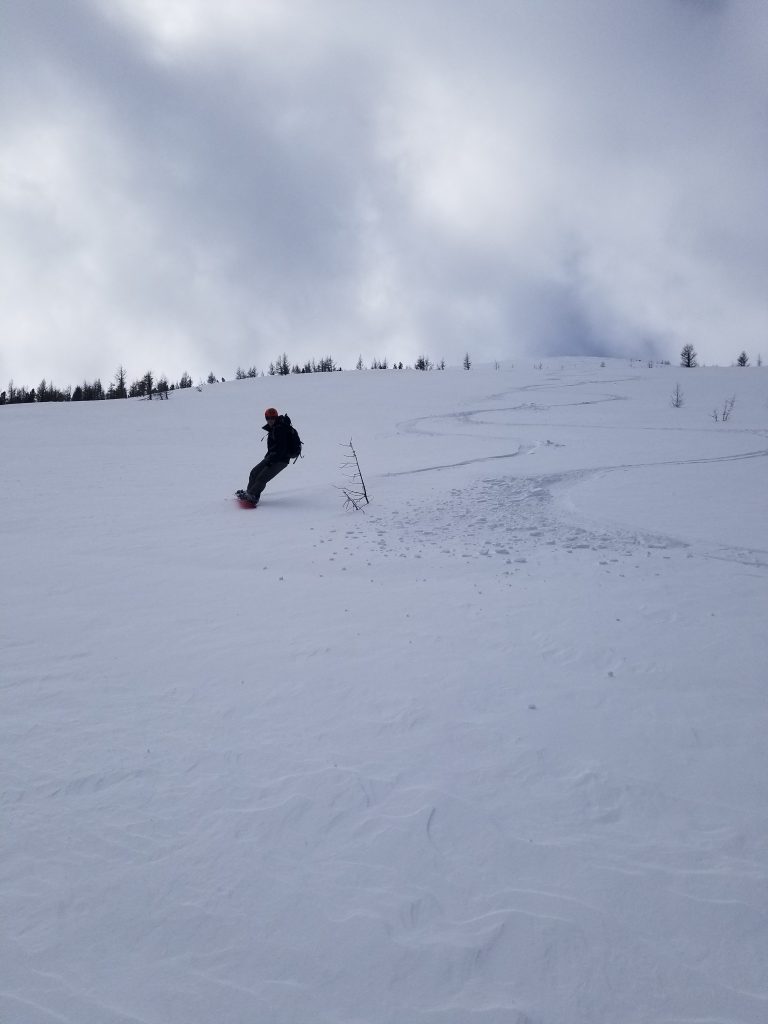 Another good weekend spent at the
TRM cabin and skiing Little St. Joseph Peak!
The cabin has been receiving steady use for the last 9 weekends and
kudos to everyone who has been up there- things were nice and clean.  Corey and I started up from the gate at about
9:00am on Saturday morning.  Hiked to
5600’ where we transitioned to ski’s (splitboard in his case).  Continued up to cabin, dropped our overnight
gear, had lunch, then skinned up to the Little Joe summit.  Skied down the east facing “North Bowl”-
wasn’t the best, but still fun- dropped 2200’ then skinned 400’ back up to
cabin.  Leland had arrived by then
(4:00), so him and I headed back up to summit for another run.  Again skied the North Bowl, but at this later
hour it had really begun to crust over and the skiing was pretty awful.  We worked our way down though, then back up
to cabin once again.  Good food,
beverages and camaraderie ensued.

We got up late on Sunday morning,
had some breakfast then headed back up the mountain.  Wind had picked up and was pretty intense
near the top.  Again we went to summit
and again skied the North Bowl.
Conditions were much better today though as the sun had softened the
crust by the time we got skiing down on it.
Nice 2200’ run again.  Then back
up to cabin, packed up and headed down.
Got back to vehicles at 4:00.  Forest Dean 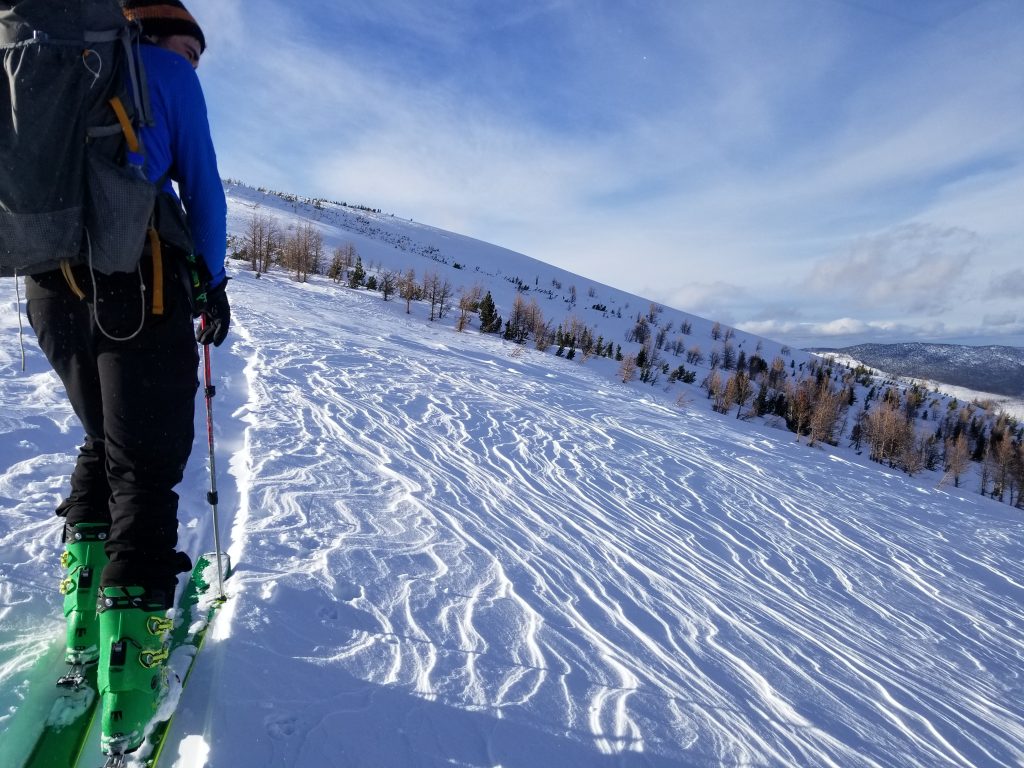 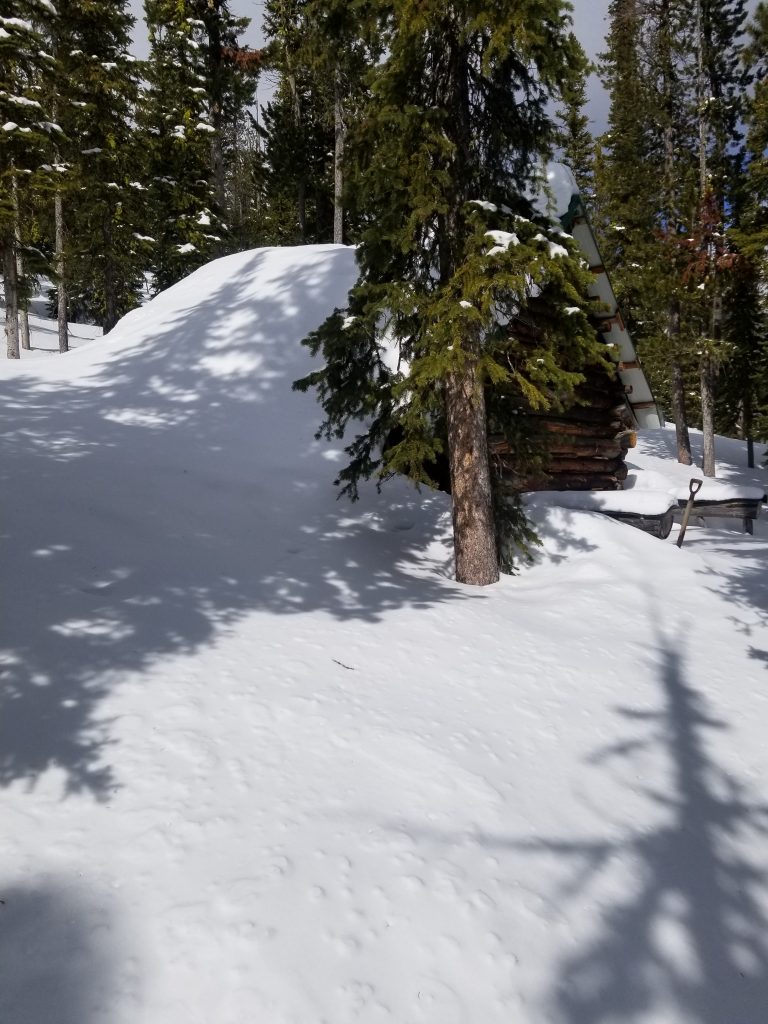 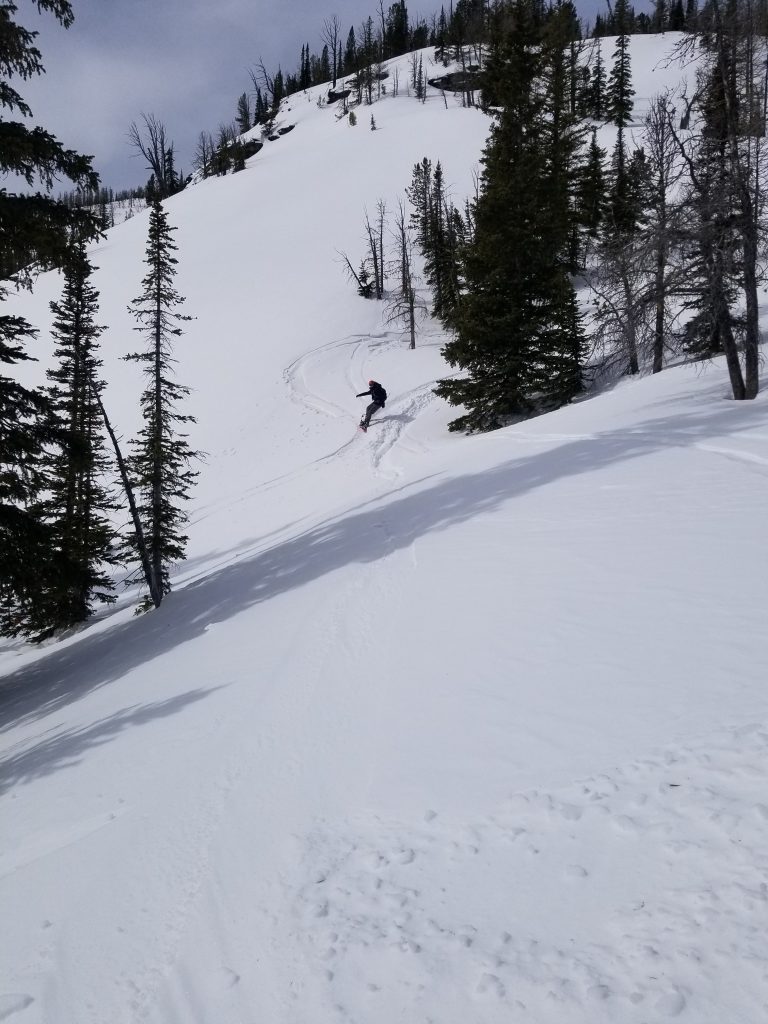