I had listed this trip for the following weekend, but when an October forecast calls for 70’s, clear skies and no wind, well you gotta take advantage, and thus we moved it up a week.  Bryan and Corey were in favor- Laurel was fighting a cold, and so it was the three of us.  I met Corey on the southside of Missoula at 6:30am, and we drove south to the Canyon Creek trailhead where we met Bryan and got started hiking at about 8:00.

The approach was relatively easy and uneventful.  We didn’t rush but still made it to the saddle north of Canyon Peak by 11:00am (about 6 miles).  Here we studied the north ridge as we transitioned to our climbing gear.  The north side of the peak held quite a few pockets of the previous weekends’ snowfall and it was a bit of a concern as we started up.  Alas, we were able to work our way around most of it though, and soon we were roping up for the more serious climbing.  Some people call this route Class 4.  Others low 5th.  This was my second time climbing this peak by this route and I definitely side with the latter (depending of chosen route I would say up to 5.4).  We brought one 70 meter rope.  I tied into the middle and led up then belayed Bryan and Corey.  These short pitches meant we only gained about 100’ at a time, but the day was beautiful and we really weren’t in a hurry.  Fun, exposed climbing- especially the last few hundred feet which are more horizontal than vertical- but with a several hundred foot drop on each side of the ridge.  We hit the summit at 3:00pm, took a few pictures, had some snacks and then readied for the descent.  We rapped off the east face, then did a series of raps and short scrambles down the face but trending back to the north.  6 rappels and a short scramble got us back to the north saddle at about 6:00pm.

More food and another transition, and we were hiking out.  The sun went down after we made it back to the trail.  We spent the last 45 minutes or so hiking by headlamp.  Arrived back at trailhead just before 8:30pm.  Bryan’s girlfriend had very kindly made cookies and brought them up to his car during the day, so we had a nice treat!  Bryan headed home since he had a 10 mile race to do the next morning, but Corey and I made a stop at Naps’s for a huge burger and a couple beers.  Great ending to a great day!  13 miles RT, 4000’, 12.5 hours.  Forest Dean 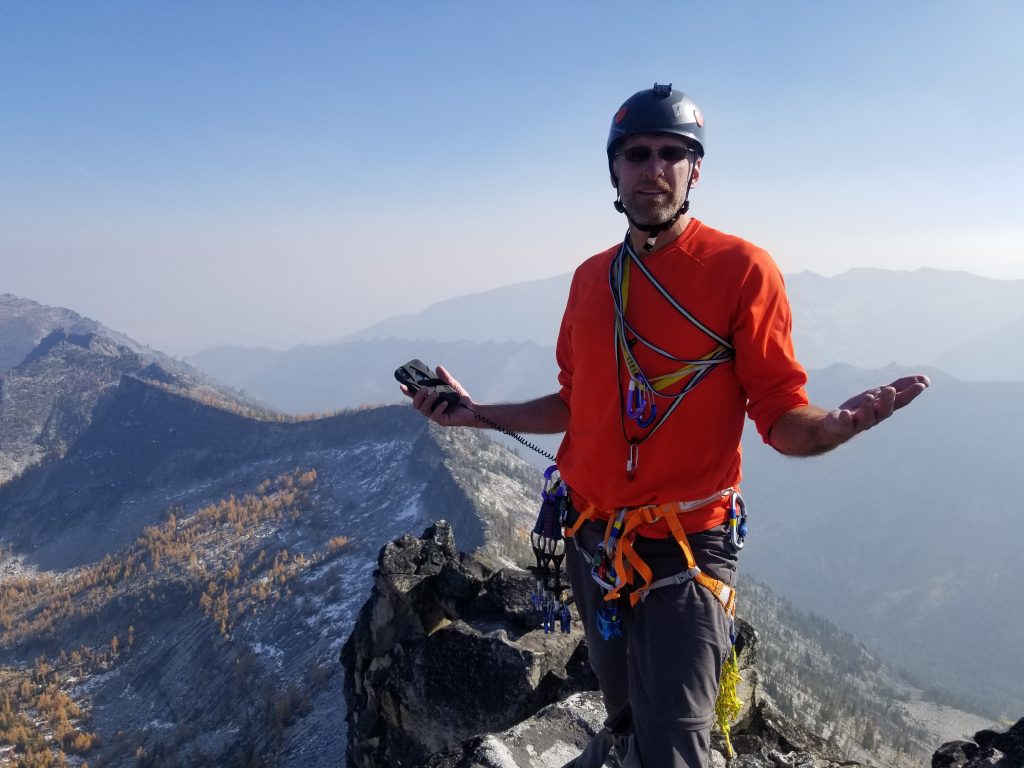 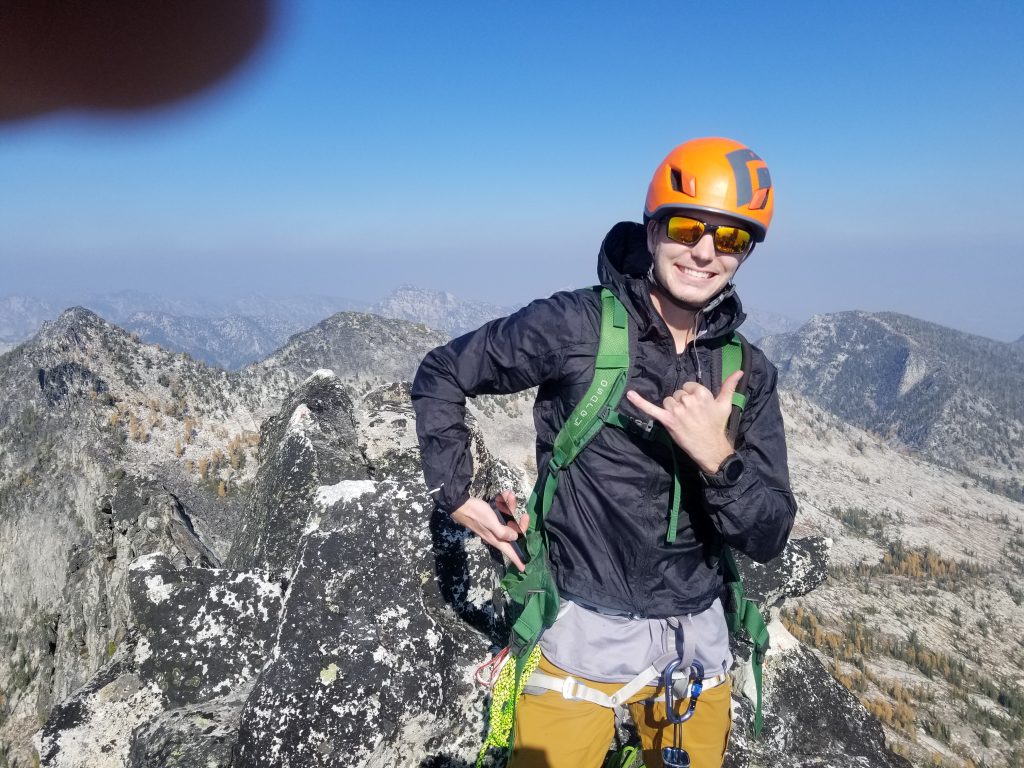 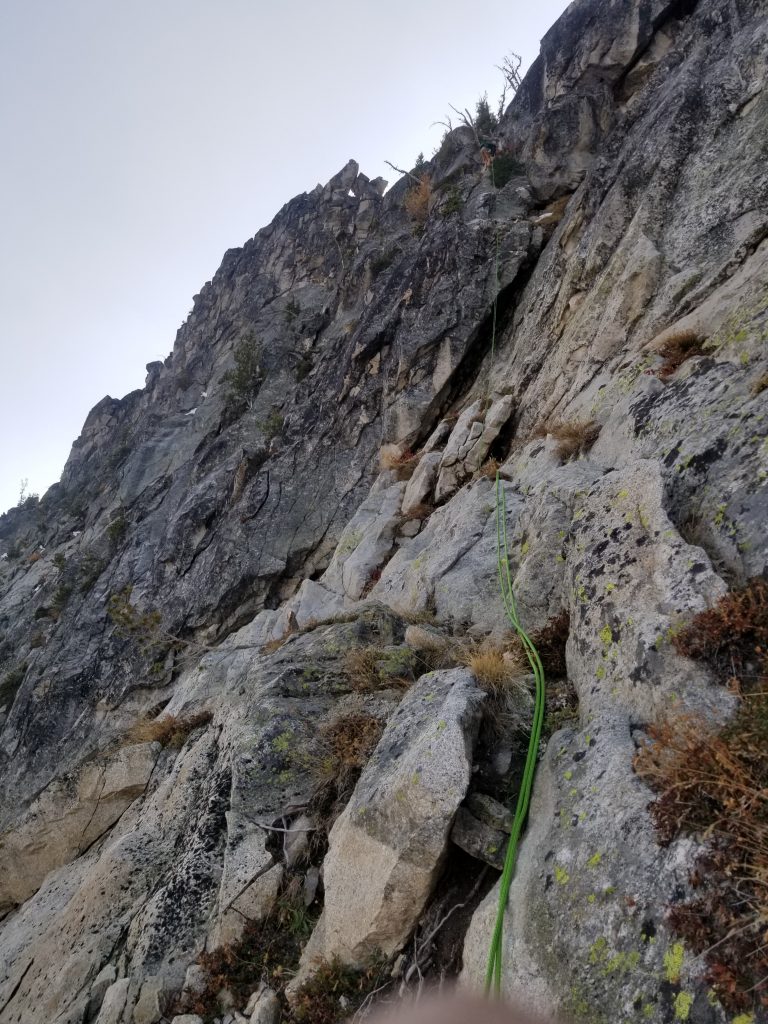 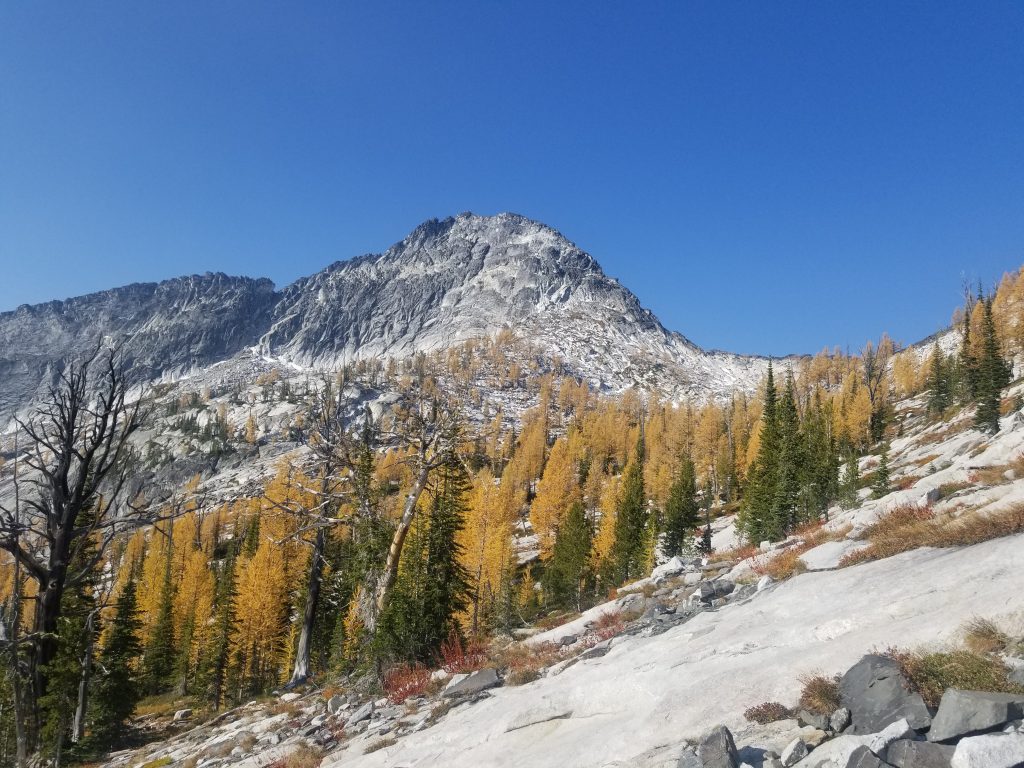