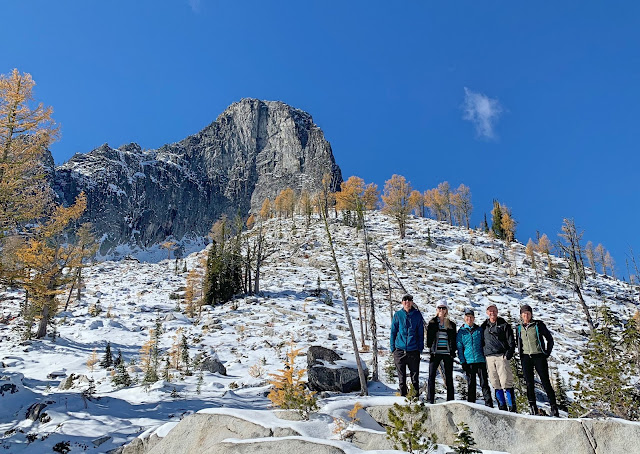 Date: 10/14/18
Trip leader: Laurel Vielle
Attendees: Brittany Bauer, Dell and Gail Meuchel, Nick Pritchard, Laurel Vielle, Robin Young
On a beautiful Saturday morning, six of us struck out along the trail to Castle Crag.  Right from the get go there was snow on the trail, a dusting at first then increasing to several inches higher up and further in. We were following an intrepid person’s prints in the snow and were thankful to whomever for breaking trail.  Several miles in we ran into that intrepid sole, a fisherman heading out who was stymied by ice and snow on the lake and creek higher up.  After telling him our plans, he was like “it’s not going to happen”, due to snow being on the route.  We said our goodbyes and then after many miles of hiking through snow and trees, we broke out below Castle Crag.     After enjoying the views at Garrard lake we went a bit further up and took a gander at our route.  Well, sure enough, the route up was choked with snow, making the boulders look extremely treacherous.  We decided to give it a test run to see if it was any better than it looked, and it wasn’t.  We turned back after just a few yards and discussed our options. After going all that way we knew we wanted to at least try and get up there so we decided to head toward Knaack lake and up the north portion of the narrow valley. That area has much more moderate climbing and has been a descent route for the times we have been up there previously.  While there was still snow, it wasn’t on huge boulders nor as steep as our original route.  We made it up to the bowl below the Crag, which had amazing views all around, and decided to call it good due to time.  After having a well-deserved lunch and taking a “summit” photo, we headed back.  Near the end of our long slog out, we were welcomed back by the sharp cracks of close rifle fire, hunters sighting in their guns before hunting season.  Thankfully we all made it back to the cars without being taken down by a stray rifle bullet and enjoyed a post hike beer and snacks.  It was a great day with a great group!  Words and Photos by Laurel Vielle. 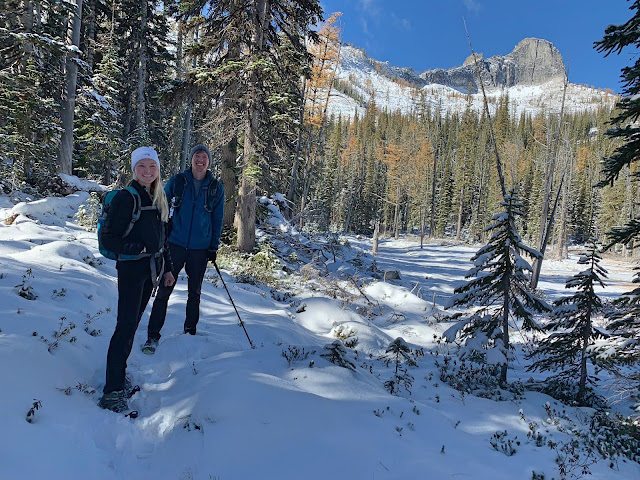 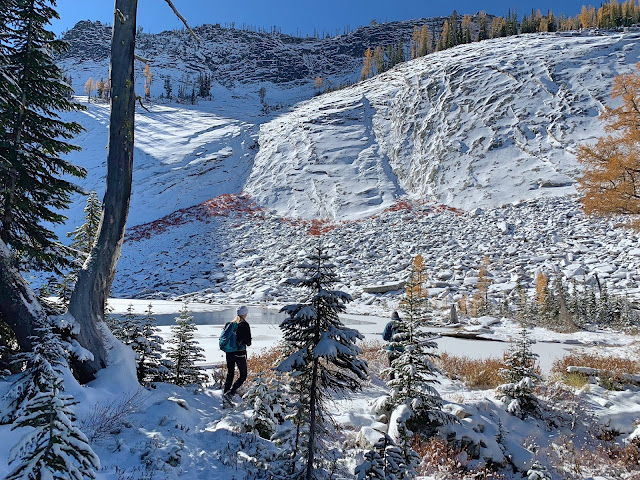 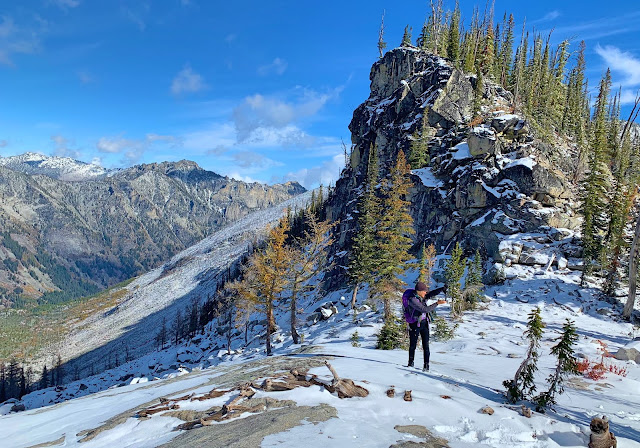