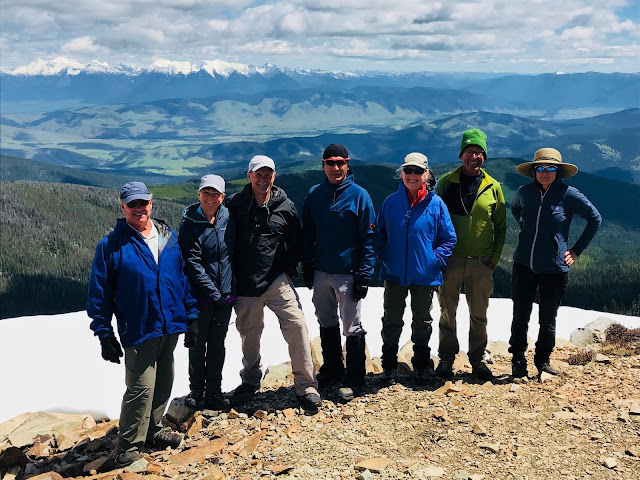 Date: June 2, 2018
Trip Leader: Laurel Vielle
Attendees: Don Arthur, Jim Valentine, Dell and Gail Meuchel, Robin Young, Lou Herrit and Dennis Bonawitz.
Seven chipper hikers and myself gathered at the Snow Bowl park and ride about 8:00 on Saturday, June 2.  We made the trek up to Nine Mile in two vehicles to just below the trailhead.  Some mud and snow stopped us before we reached the trail but it was a short extra distance to walk.  On the pre-hike from the previous week there was quite a lot of snow so I had everyone bring spikes and snowshoes.  Of course we didn’t need any as the evening before was nice and chilly and the snow was hard and fairly easy to walk on even as the day wore on.  The first 2 miles or so the trail was easy to follow even with the snow,  but after awhile I was thankful for GPS.  We’d still be wondering around up there if not for GPS due to the trail becoming indistinguishable and being low in the trees with no point of reference.  After a circuitous route through the trees we popped out on to the rock and had a pleasant rock hop to the summit.  We enjoyed gorgeous 360 degree views looking into the Rattlesnake, Missions, Bitterroots, Sapphires, Swans and the mountains of Idaho.  We had lunch, bundled up due to a brisk wind, and headed back.  We followed (for the most part) our GPS track back to the trailhead and enjoyed a tailgate before hitting the road. 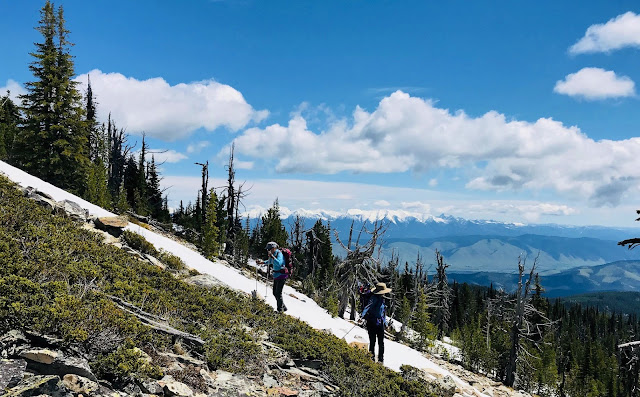 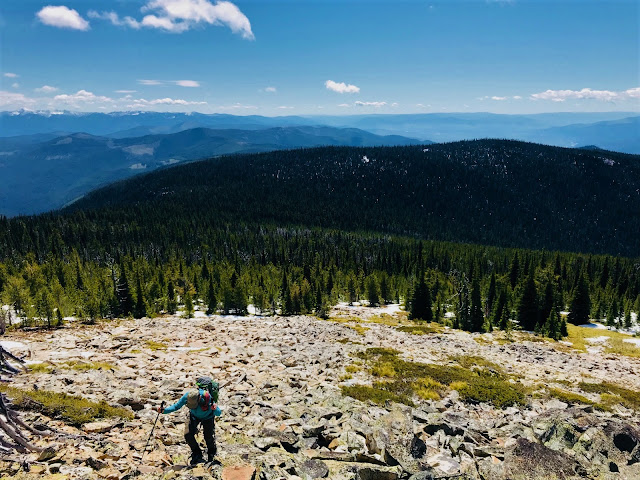 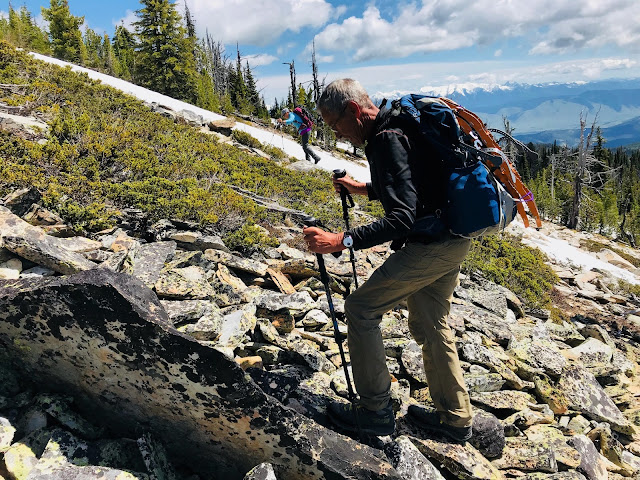 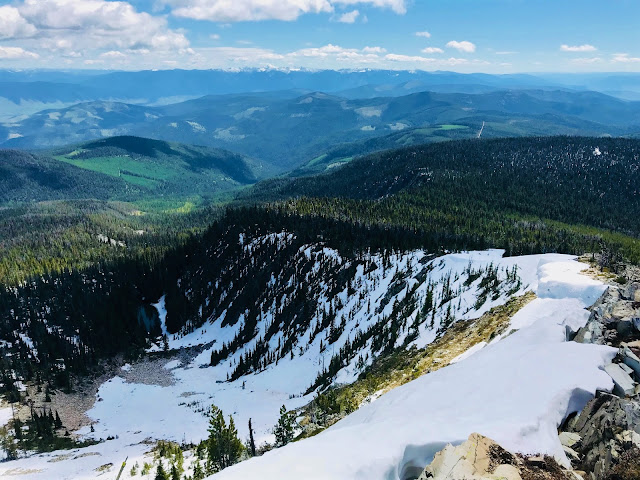 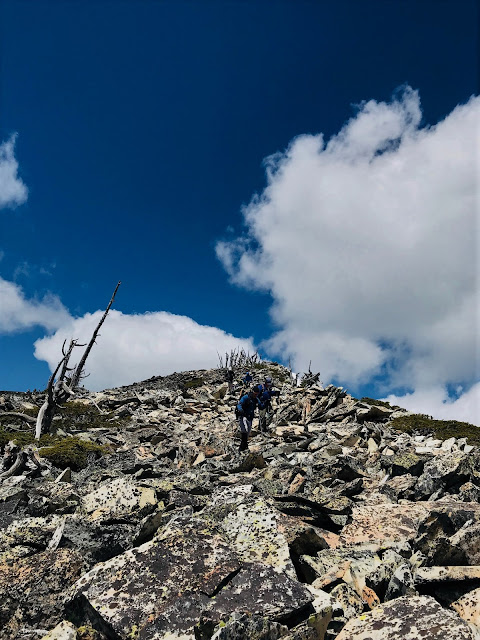