This trip was originally scheduled for the previous Sunday but bad weather forced a change.  Tom joined me on what turned out to be his first snow climb.  We started up the Southeast Ridge route from the St. Mary Reservoir (4000’) at 8:00am under nice sunny skies.  There is a nice trail (unofficial) that marches straight up the steep, wooded hillside and we slowly ascended to 5400’ where we encountered enough snow to strap on (ski’s for me, snowshoes for Tom).  The snow was very icy after strong winds and cool temps the day prior.  Another 3000’ of climbing got us to a relatively flat and wide plateau that circles around to the northeast before the final narrow and steep ridge to the summit.  This plateau area was nearly devoid of snow in places, so we both opted to just hike to the final ridge.  This last bit of ridge gains about 600’ to the summit.  We strapped on our crampons at the base as there were sections of steep hardpacked snow (and we didn’t wish to go for an overly exciting 2000’ slide down the south bowl).  At 2:00pm we both were at the 9425’ summit.  Tom’s first “winter” summit in Montana!  This was my sixth time on top of this peak.  At 2:15 we started down.  Tom had packed his snowboard up to the flat plateau and left it where I left my ski’s.  We got back to that spot, geared up, then began the descent.  The icy stuff had softened a bit, so we had a couple thousand feet of descent skiing/riding before the snow became to sparse and the trees to many to safely navigate.  At 5:15 we were back at my truck.  A fun day!  7 miles round trip, 5500’ of gain. 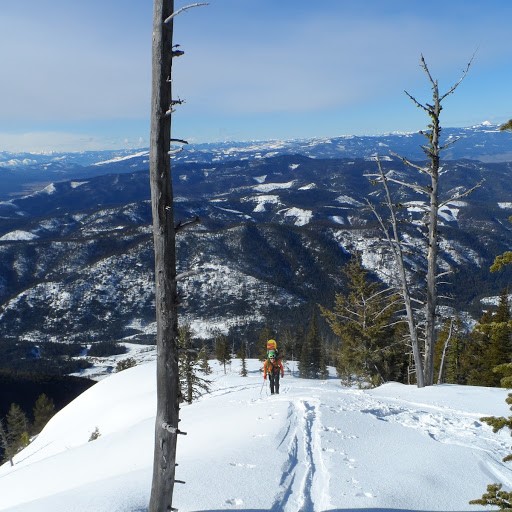 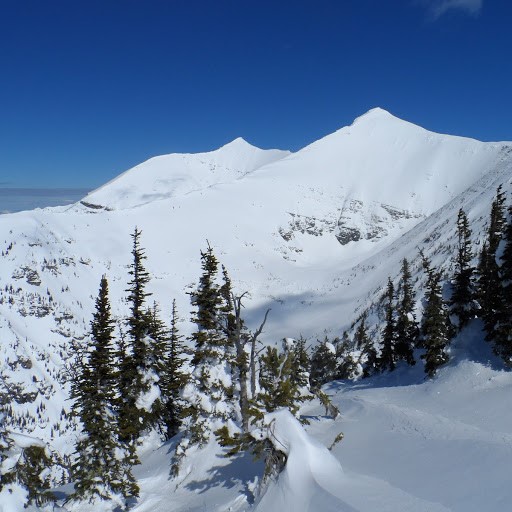 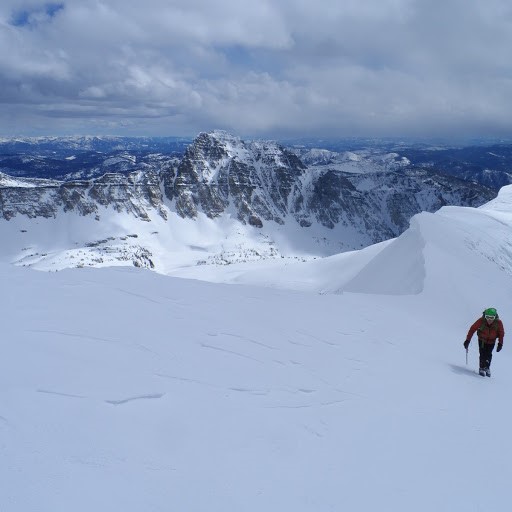