If there is such a thing as a perfect climb, this was it. Joshua Philips and I woke “early” for a 6am departure. We drove to the Cut Bank Trailhead and began our approximately 21-mile round trip hike. The morning was cool and cloudy and this would hold for the rest of the day, with only spots of sun tracing patterns through the clouds on the valley below us. Triple Divide Pass Trail is remarkably without a single switchback, except perhaps at the very top. Rather, it is a long gently sloping ramp with dramatic views of the glacially carved valley below, complete with cliffs, lakes, and waterfalls. Our trip really began when we climbed over the pass at the foot of Triple Divide Mountain, and left the trail to the base of Split Mountain. From Triple Divide Pass, Split looks intimidating, but as you approach, as with many mountains in Glacier, it comes to look more manageable. From the base of the mountain, the summit cap in fact looks remarkably like a submarine, hence my suggested alternative name: submarine mountain.

Up we went, switch-backing across steep grass, turning into steep dirt, and eventually cliff and loose rock. A bit of excitement was added by neither of us having done any research on the route, but we found a nice notch through the first significant cliff band without issue. We reached the columns on top of the submarine and ascended the closest crack. This turned out to be wrong, so we climbed back down, circled around and found our chimney, what I affectionately call the “periscope,” which includes at least one move – a bulge in the rock, that is very exposed. Joshua led the way up. The very last section is also very exposed and includes some treacherous rock. Joshua gave an uncharacteristic hoot when the rock beneath his feet shifted. We soon gained the top for beautiful views, took a few pictures, and climbed back to safety. We unrealistically toyed with the idea of a dual climb of Triple Divide Peak, but decided beer and dinner was much to be preferred. It was a quick descent, with a diversion at an ice-covered lake. 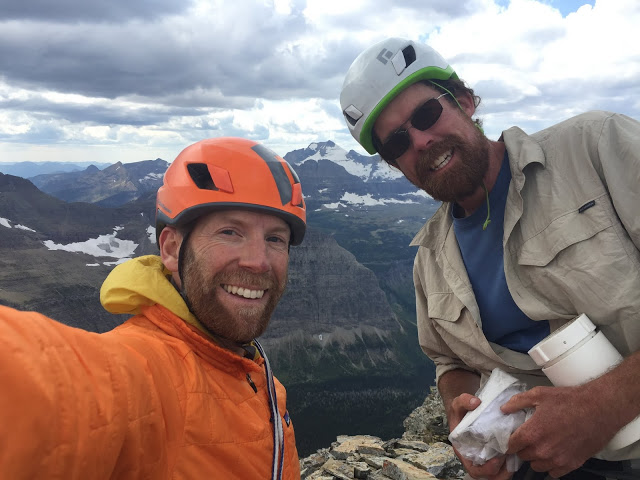 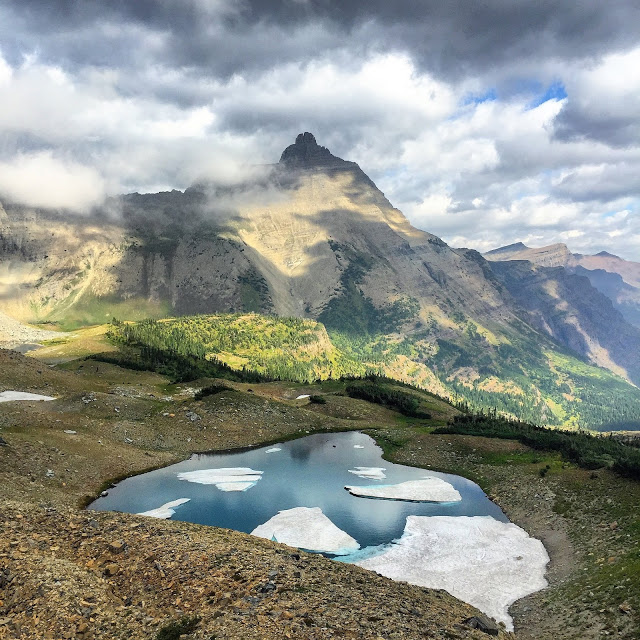 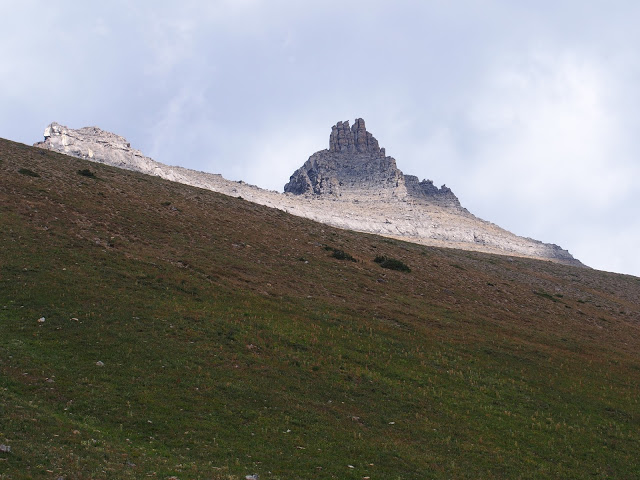 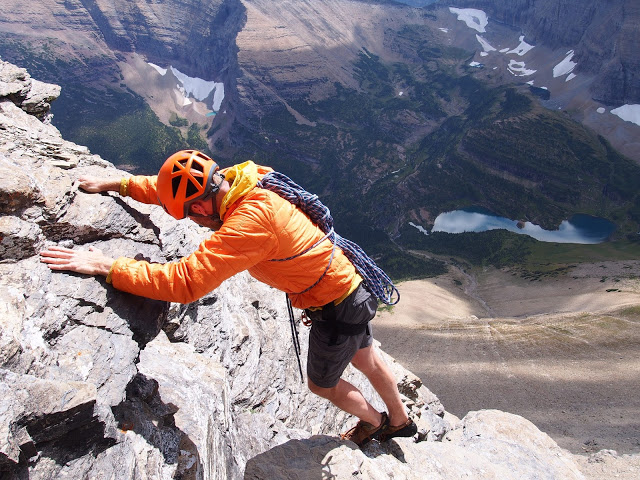 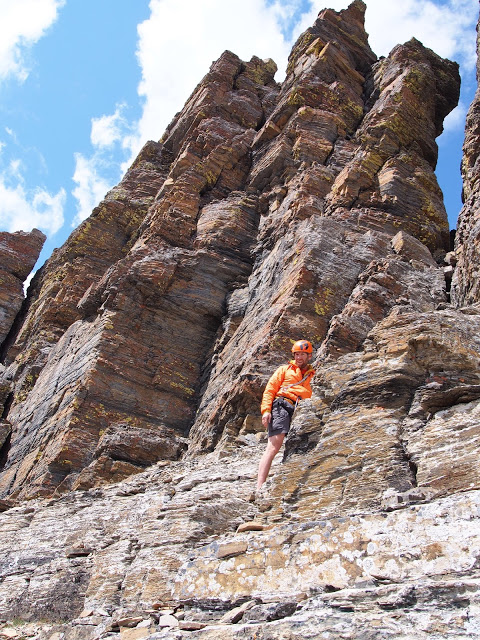 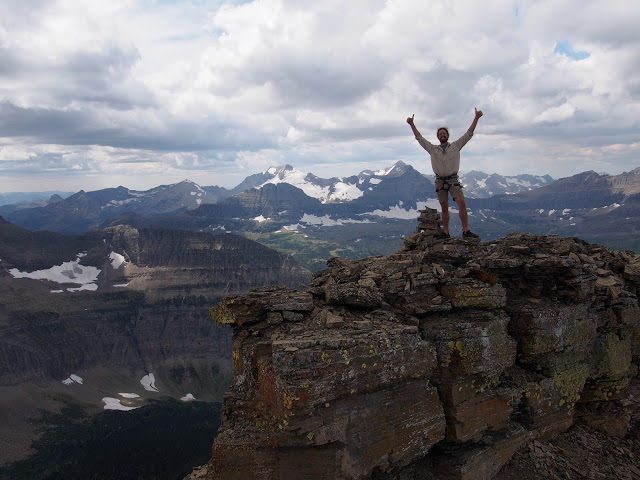