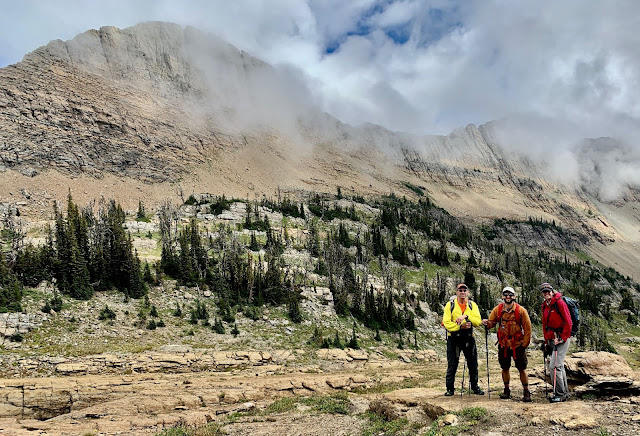 Date: 9/7/19
Trip Leader: Laurel Vielle
Attendees: Erin Carey, Adam Drobish, and Bryan Kercher
On a very wet and foggy Saturday morning three climbers and myself, from both The Rocky Mountaineers and Glacier Mountaineering Society, made our way up the steep East St. Marys Peak trail. The higher we got, it seemed the fog/clouds would lift but that was not to be for some time. When we topped out onto the ridge below East St. Marys, visibility was zero.  We sat and had a snack and debated what to do.  Our initial objective was to climb High Park Peak, what we thought was the high point on the long west ridge coming off of Grey Wolf.  But, due to our complete lack of visibility, we decided to make our way along the ridge we were on to summit at least East St. Marys peak, knowing route finding in new territory with zero visibility would be difficult at best and dangerous at worst. Two of the climbers had never been up East St. Marys Peak so at least they would enjoy a new summit.  As we were hiking toward East St. Marys, the fog started to lift and we started to get some views, pretty much the first time all day.  We summited East St. Marys and got some really nice views but as the fog and clouds started to roll in again, we debated on trying for High Park.  We decided to head down to Vacation Pass and when we got there, we had enough visibility to keep going a bit further, and then a bit further, and so on and so forth.  We eventually ended up at Grizzly Lake, again thinking that high point on Grey Wolf’s west ridge was our destination.  At that point, we started to realize what the map said was High Park and what we assumed was High Park were two very different high points.  According to the map, High Park is just a small blip at the base of the higher point off of Grey Wolf’s west ridge.  And of course the limited visibility just added to our perplexity.  So, after much confusion, not a few expletives, and my thought of us perhaps entering an alternate dimension, we headed in a sightly different direction, toward the lower blip on the map. But, due to time and the weather, we decided to call it at a point close but no cigar to High Park.  We had an uneventful trip back to the trailhead, other than the endless hike down the trail.  The ending excitement for the day was my old 2002 Chevy Blazer with almost 200,000 miles on it decided to act up on the way back to Missoula.  Thankfully we made it to town without my ol jalopy giving up the ghost. After all was said and done, a great day was had by all. 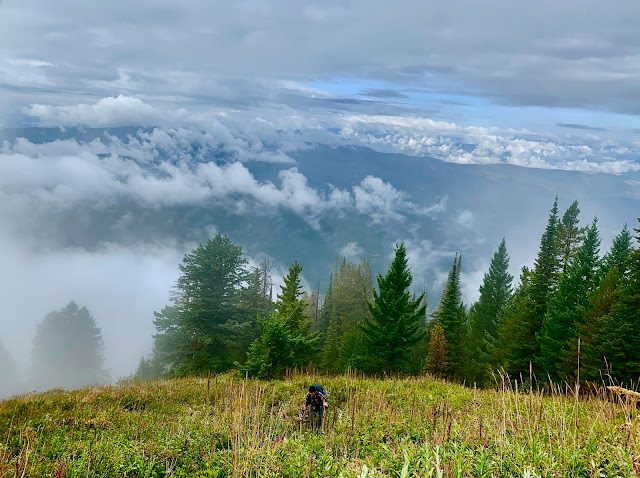 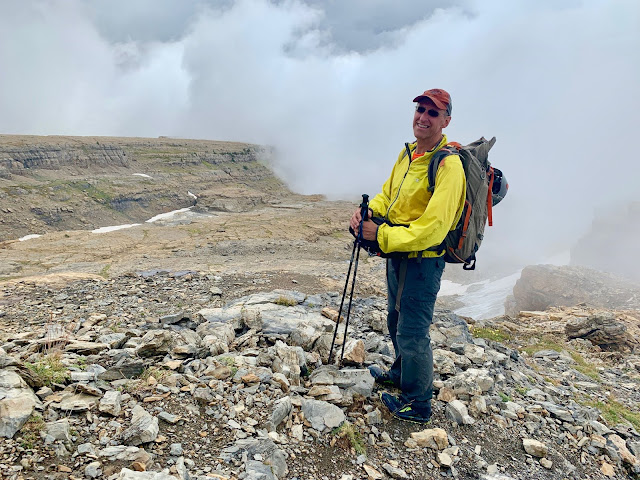 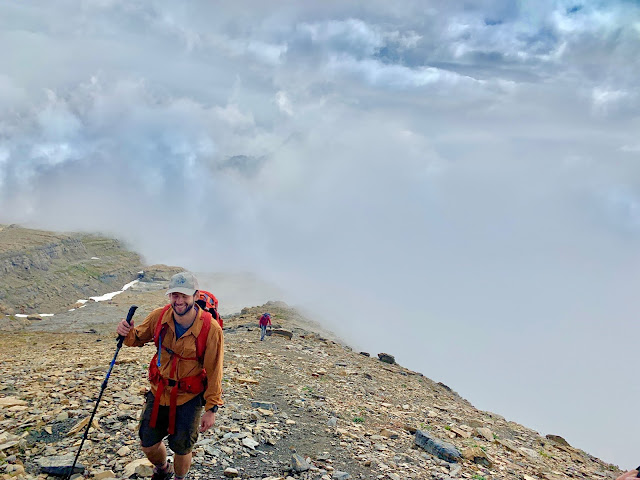 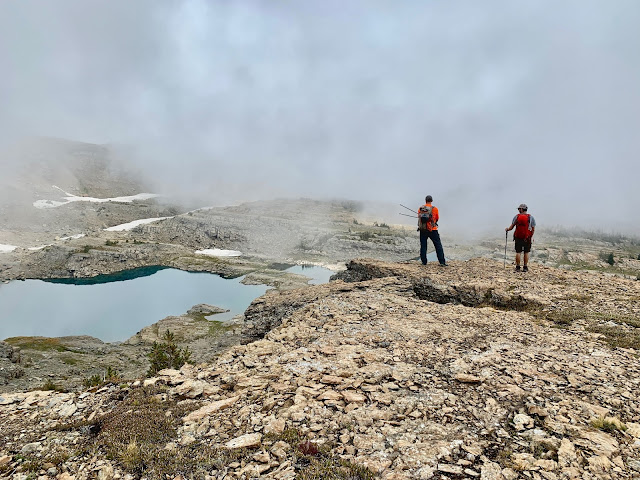 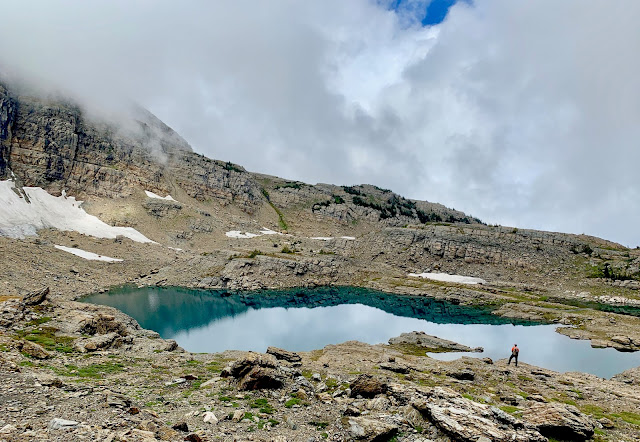 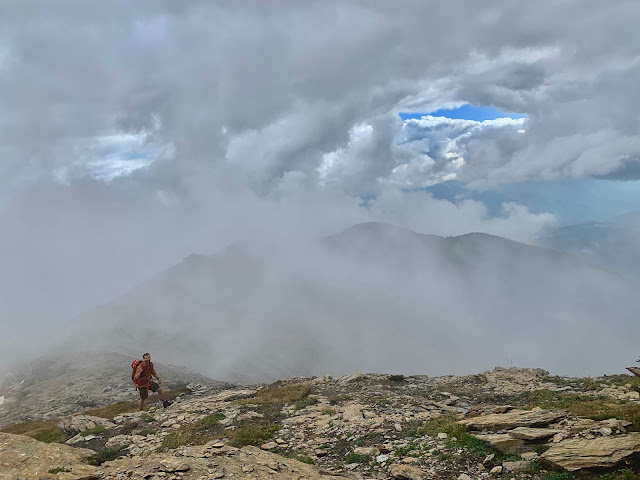