Date: July 2018
Trip Leader: Joshua Phillips
Attendees: Fintan Maguire
Fintan Maguire and I teamed up for this trip to the Tetons back in July.  Hoping to get started that same day, we drove down on Friday (July 27th) and immediately went to the Jenny Lake Ranger Station to see if we could get a backcountry camping permit for anywhere up Garnet Canyon.  No luck.  The rangers informed us that people had been in line at 7am to secure all of the camping permits and that there were none left for the weekend.  So, it was decided for us; we would leave the bivy gear behind and climb the route in a single push.
Knowing that we’d start early the next morning and had several hours to burn, we did a little exploring around Jackson Lake and checked out the dock at Signal Mountain Lodge.   Unfortunately, we probably spent too much time taking in the views; when we arrived at Gros Ventre Campground, there were no spots left.  We parked in the amphitheater parking lot and decided to settle-in (in the back of Fintan’s truck) even though it was still light outside.
“Morning” was signaled at about 2am by the alarm clock.  We choked down some food and drove to the Jenny Lake Trailhead.  The next few hours were easy to forget since the isolation of the headlamp lights offered little in the way of scenic views.  I remember Middle Teton coming into view as the sun rose behind us.  We picked our way up to the Lower Saddle and racked-up and left our packs hanging from a communal stick reserved for the purpose.  We made quick work of getting up to Wall Street where we encountered a couple other parties preparing to begin the technical climbing.  I made an attempt at crossing low on the “step across” without a rope.  But the reach felt a little too far, so I climbed back and we set up a belay.
Once at the base of the Golden Staircase, we ended up climbing the next several pitches (some roped, some unroped) up parallel routes with another team.  The day was a bit smokey from fires in Idaho and at one point something was falling out of the sky.  At first we thought it was ash, but soon realized it was grauppel/snow.  One of the teams below bailed when the snow began, but we pushed on through the short-lived squall.  I didn’t study the route description much and paid the price by taking a route to the right of the Friction Pitch.  It was a little run-out in places and ended up slowing us down a bit.  Getting delayed ended up being somewhat of a blessing as we had the upper portion of the route to ourselves.  We simul-climbed the majority of it and it was fun to figure out the routefinding of the complicated features together.  The “Boulder Problem in the Sky” was a fun sequence of moves that got us to the last winding portion of the summit ridge.
We summited around 3pm and spent about 45 minutes on the top with a couple of guys from Bozeman.  Teaming up with them ended up being an efficient way to extend our rappels and make our way down the Owens-Spalding route and back to the Lower Saddle.  Fintan and I relaxed for a bit at the Lower Saddle.  We secured a water refill at the spring and ate the last half of our sandwiches.
I don’t remember much from the decent and exit of Garnet Canyon.  There was some glissading and several forgettable trail hours.  I think we got back to the trailhead at around 10:30pm and slept there in the truck.  The next morning we found a scenic place to watch the sun hit the mountain we’d been up the day before.  That is always a gratifying feeling; to look up at where you have just come down from. 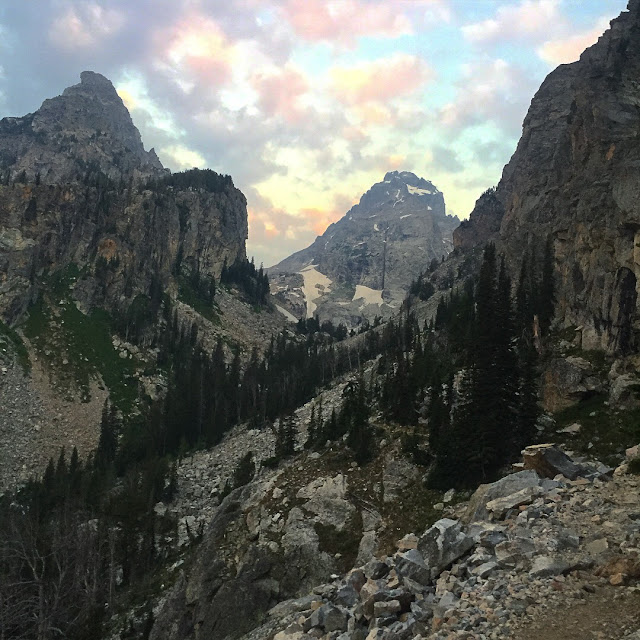 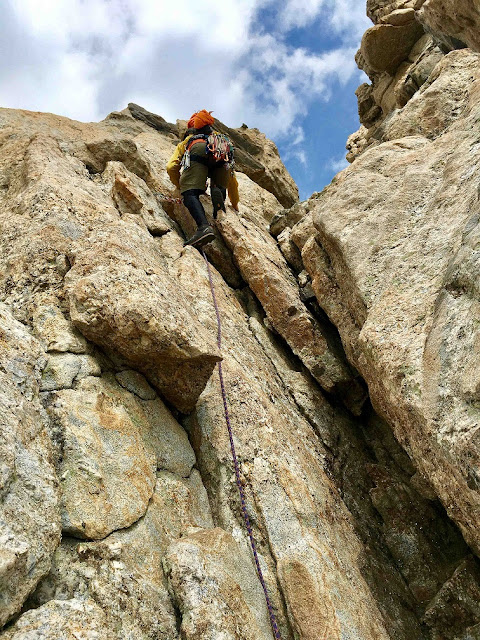 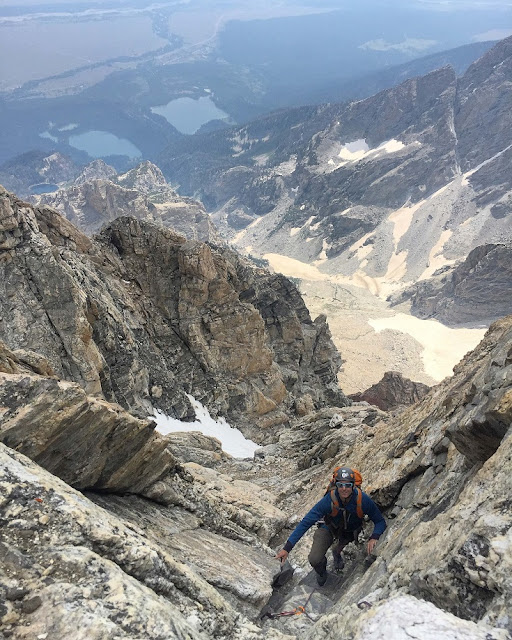 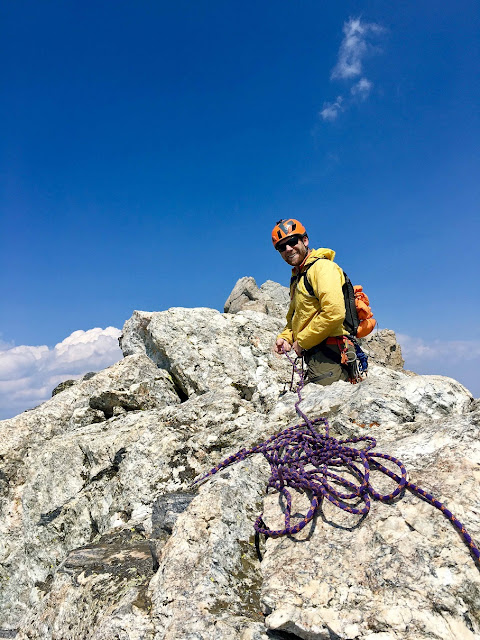 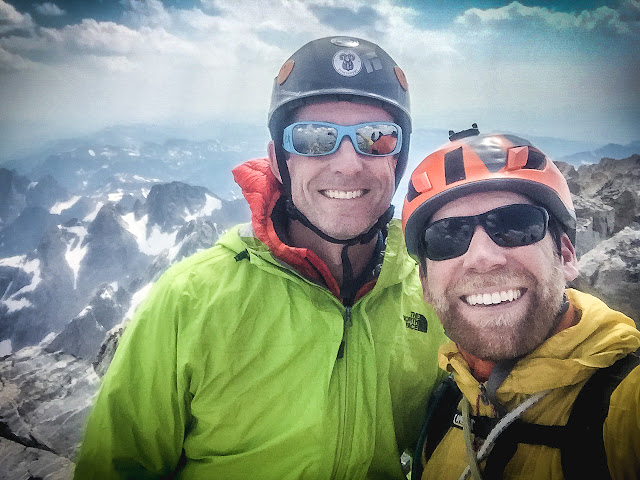 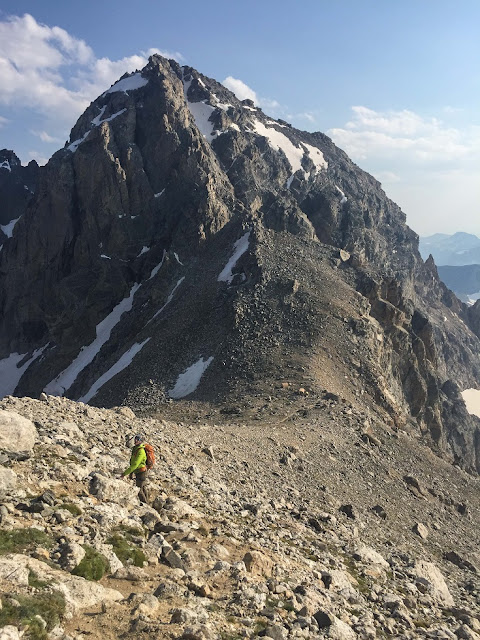