On Friday, August 18th Joshua Philips (our fearless trip leader), Fintan Maguire, and Chris Dunn met up with the intent to climb Granite Peak in the Beartooth Range, Montana’s highest peak. We arrived at the trailhead in late afternoon, passed the Mystic Lake Dam, chatted with a friendly, knowledgeable ranger, and began our ascent up the long series of switchbacks leading up to Froze-to-Death Plateau. It felt like we were there in no time, despite a few breaks. The trail-less tundra on top made for pretty quick walking, despite a few shallow bogs and a bit more navigation challenge.

We headed for one of the many rock wind-shelters that Joshua assured us were scattered about. After crossing a long boulder field, the dark descended on us with distant lightning flashing rather too frequently for comfort. We hunkered down for the night in a spot that did the trick. The morning light revealed that those evasive shelters were on nearly every side of us after all.

A leisurely Saturday morning saw us on the trail by 8 am, and up to high camp in no time. We were greeted by more goats than campers, and we aren’t too manly a crew to admit that the kids were awful cute. The first stretch consisted of a drop down to a saddle across a very manageable boulder field, then back up, and up some more with some intermittent scrambling and boulders, until we finally reached the infamous snow-bridge. The snow wasn’t bad, with a nice boot-track carved in by prior climbers, though not to be taken lightly as the exposure is extreme. The climb up wasn’t bad either, consisting of nice granite with plenty of holds in most sections. Exposure should not be taken lightly, however.

The weather was looking a bit testy, with a few gray, menacing-looking storm-cells forming in the distance. We didn’t linger long on the summit. We made one 30-meter rappel down, using one of the many fixed rappel stations.  A few other parties were making the climb with us, but it wasn’t too crowded.

We repeated the whole process over again to get back to camp. That evening a stream of parties proceeded by in the distance, some leaving, some heading towards the mountain. Joshua and I scientifically confirmed, using Joshua’s advanced surveying methodology, that my shadow stretched 300 meters across the tundra at sunset in a spot with just the right downward slope. That’s a long shadow!

We headed down on Sunday at a fast clip as cold rain and even a bit of snow fell on us, snuffing any hopeful summit attempts for the day, completing the trip with burgers and beer at the Grizzly Bar in Roscoe. It was a great trip, almost too good. We blame Fintan’s Irish Luck[i], despite his involuntary close examination of a cold bog. Buttressed, however, by his as-of-now unbroken streak of summit attempts, hence his nickname: Fintan “Good Luck Charm” Maguire. Joshua “The Summit” Philips was happy with the trip overall as the company was good, the beer was cold, and no one got hurt. Meanwhile Chris “Real Man” Dunn admired the local wildflowers.

Disclaimer: We acknowledge that the Irish are equally as lucky as any other ethnic group. 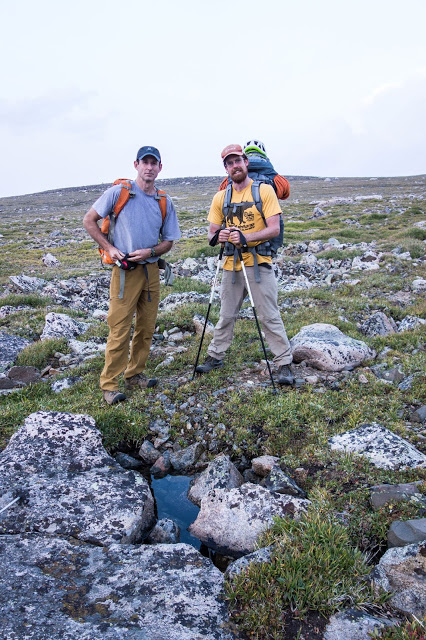 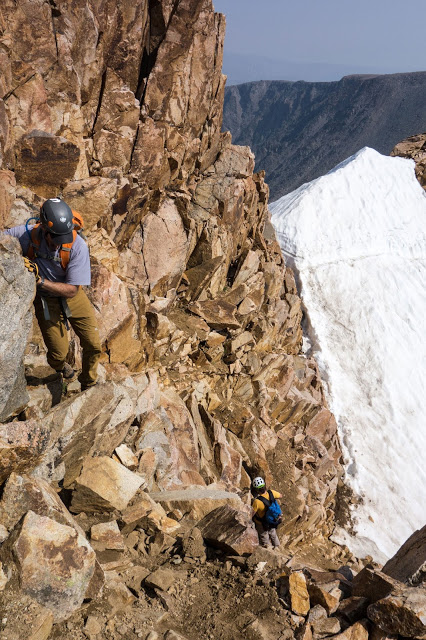 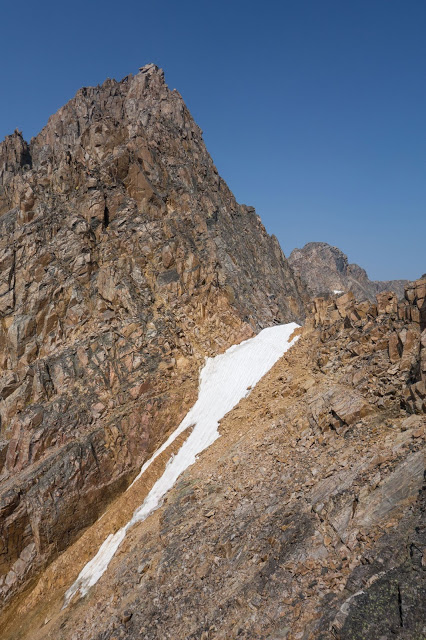 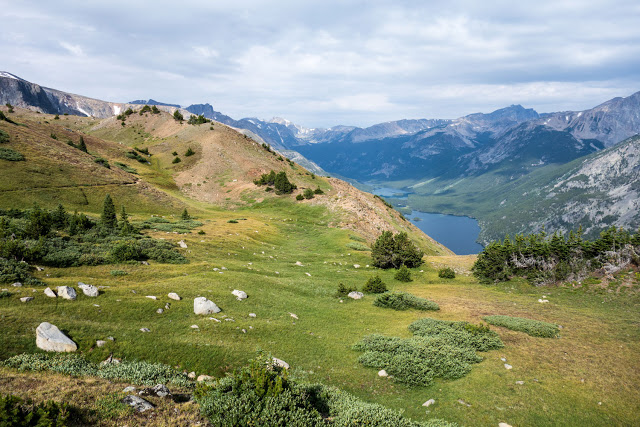