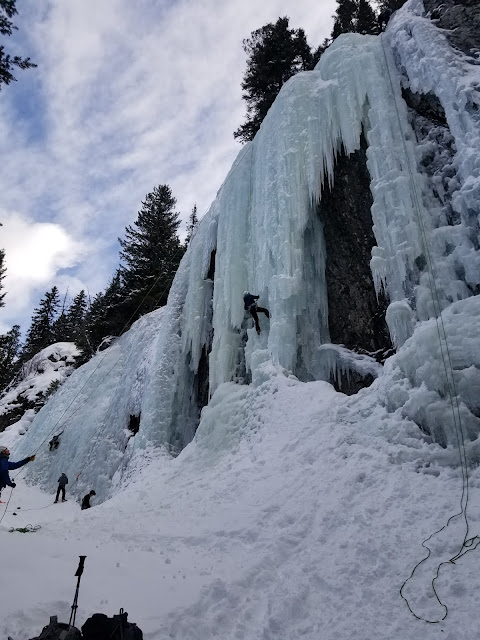 Date: January 26-27, 2019
Leader:  Forest Dean
Participants:  Steve Hancock, Megan Monahan, Logan DeBoer, Bjorn Nabozney, Joren Nabozney, Frank Dean
We drove to Bozeman on Friday afternoon and met up with MSU students Joren and Frank for some pizza and beer at Bridger Brewing.  Logan had a friend who very kindly allowed us to crash on her floor that night.  On Saturday morning we headed up the canyon and were all at the trailhead about 8:30am.  We hiked up the canyon a little ways and then had to plow through knee deep snow as we gained about 500’ steeply up towards our destination- the climb called Mummy Cooler 2.  Bjorn and Joren led up the middle of this (WI3) and got a rope set up so we could all do some climbing.  Steve also led up a route on the right side of this formation.  Unfortunately, right at the top he got pumped out when trying to shimmy over the final ice bulge and took a leader fall.  His previous screw held and he ended up upside down on a snow covered shelf after this ~15 fall.  He jammed/twisted/sprained his right ankle when he hit and was done for the weekend.  As leader falls are never a good thing in ice climbing, we were all relieved that this was the worst of it!  Shortly thereafter, Megan took a bit of an awkward pendulum while being lowered after her climb and wacked her back into an ice bulge.  The carnage!  She was down and out for the day too.  The rest of us climbed injury free until about 3:00 enjoying varying degrees of difficulty on this broad ice formation.  We hiked back to the Grotto Falls trailhead and enjoyed a couple beverages.
Bjorn, Joren and Frank headed back into Bozeman and the rest of us set up a camp near the trailhead.  Weather was fairly warm, although it cleared as it got a bit later in the evening.  We had a nice fire, ate food, had some drinks and turned into our nice warm bags around 11:00.  The next morning was cloudy and warm again.  Steve and Megan were nursing their injuries, so only Logan and I decided to do some more climbing.  We headed up to the Genesis 1 area and climbed a couple different routes.  There were hordes of climbers here (as usual on this wall) so around 11:15 we threw in the towel and decided to head back to Missoula.  A fun weekend!  Forest Dean 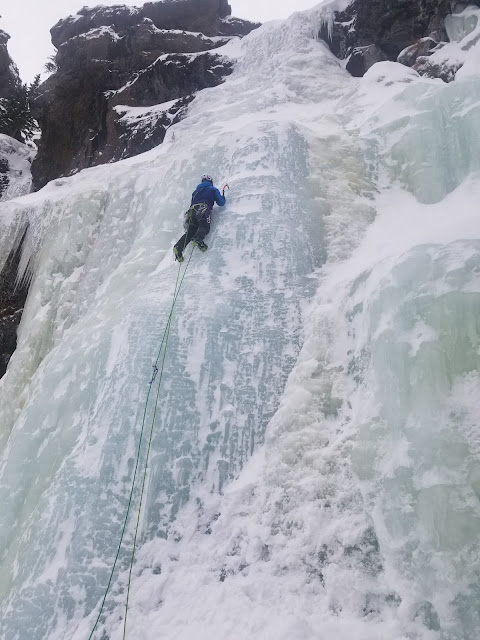 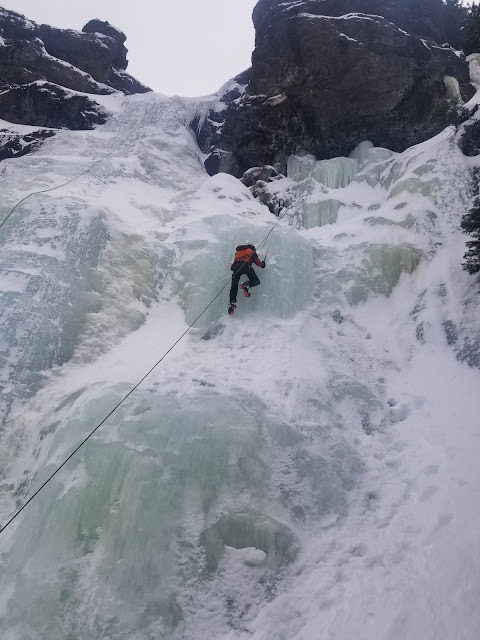 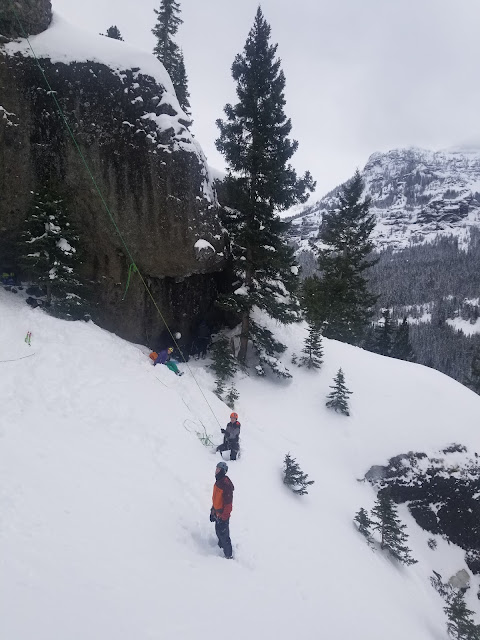 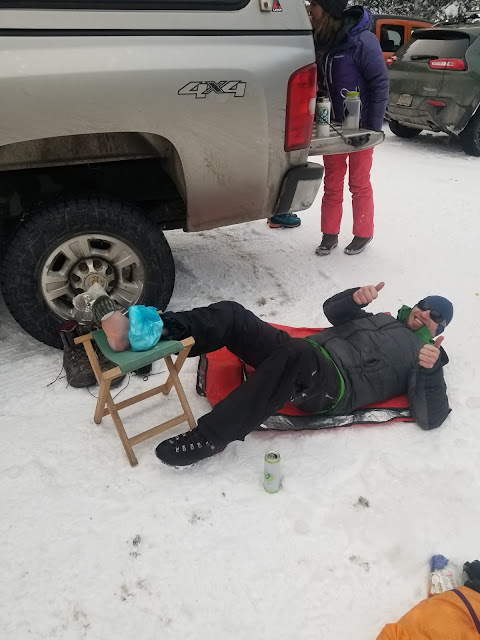