A tale of two trips and Inreach learning curve.

June 11th: David and I drove the area to learn first hand which roads on the Beaverhead-Deer Lodge Forest map were still passable or even still roads, using David’s GPS with a 2019 chip to back it up. We drove in from the I-90 Gold Cr. exit, and found the main road we wanted (1557) still passable and in pretty good shape. Shortly we found the first trail head where trails to both Jones Mt. and Lone Tree Hill from the east, come off the same side road. It was just a two track, that didn’t show much use. We continued on around the base of Lone Tree Hill to the second trail head, where the Lone Tree Hill trail comes back to the road on the west, it looked a little more used. We missed the west Jones Mt. trail head, and soon found ourselves in another area of the road we had questions about. The “pass” that connects The Douglas Cr. Rd. with Gold Cr. Rd., it looked on both the map and GPS that it might no longer be maintained. It was slightly degraded from the road in, but was easily passable, except we drove over or around a lot of blow down. We soon found ourselves at a major road junction looking down Douglas Cr. We had some lunch and went back to find the missed trail head following the GPS closely. Parking by a locked gate in the most likely area we found that the “North Gold Cr. Rd.” no longer had a junction with the main road, but had been rerouted to join, by the gate, a road that ran just a short ways back and ended. We decided to hike aways and make sure we had the correct road. We ended up walking two miles back to the last nob before the Jones Mt. summit, where we had another important question answered. This area is inter spaced with what looks like an old burn in lodgepole pine, and beetle kill. Trying to go through any timbered area was a nightmare of downed timber, such as a north or east slope. The approach to Jones was a long grassy slope on the west. It was 4:PM and we headed back out. There have been salvage sales in the damaged lodgepole and in places there are denuded landscapes where all the trees have been cut, and huge slash piles 12-15 feet/3.66m-4.57m high. The ridge above where we parked had been cut, and on the ridge line where there were still some trees I saw an elk, when we got back to the truck. We drove out the Douglas Cr. side, coming out to Hwy 1 at Hall. From one spot on the road we could see all of our route up Jones Mt. 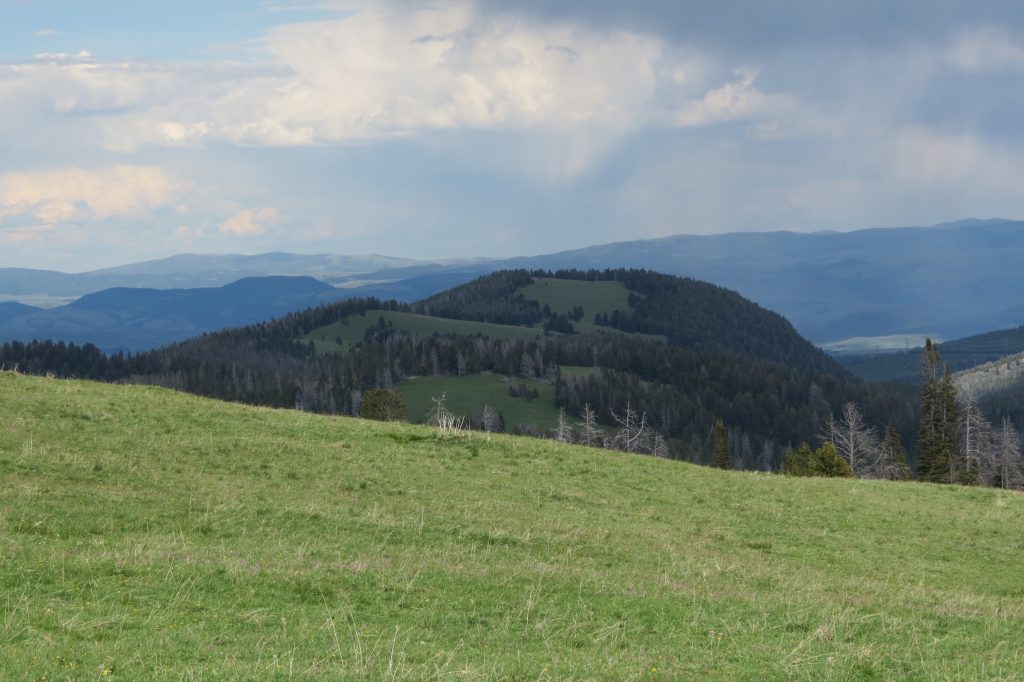 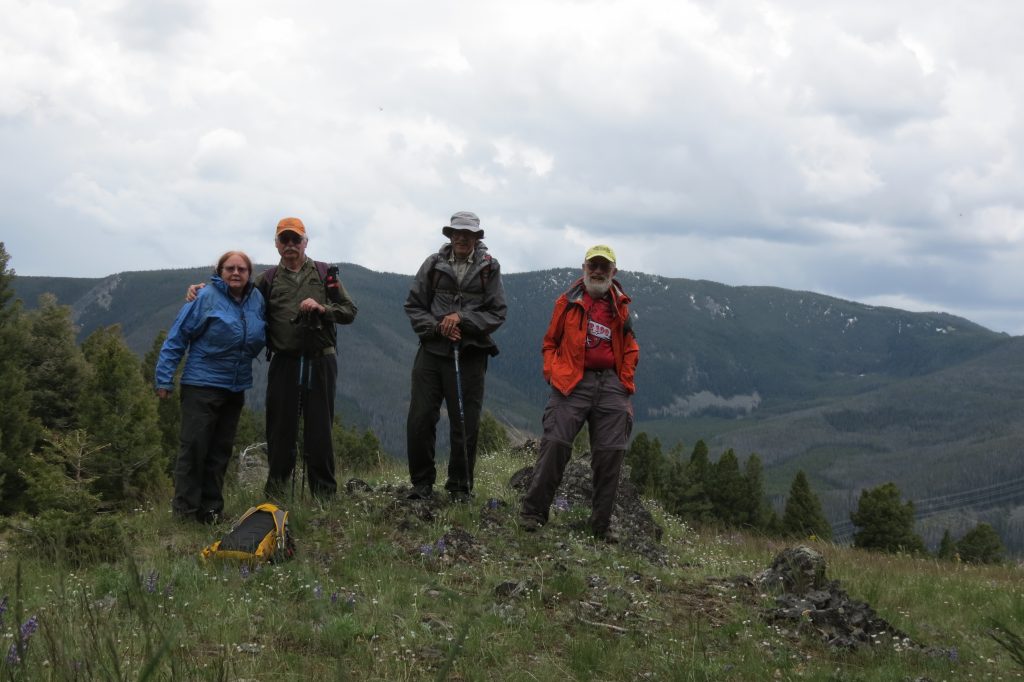 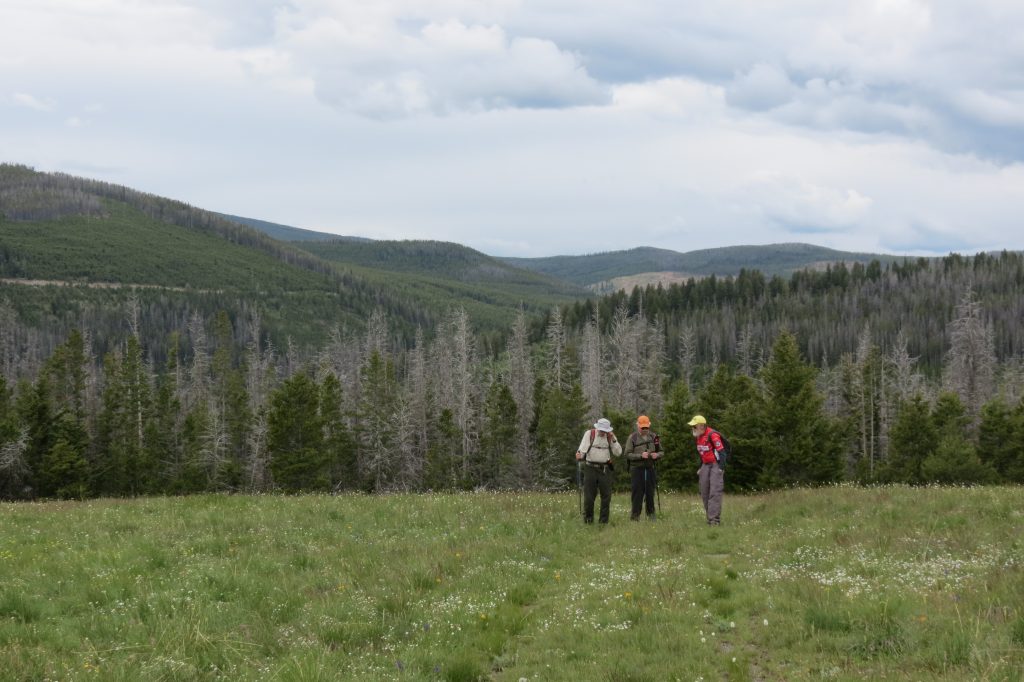 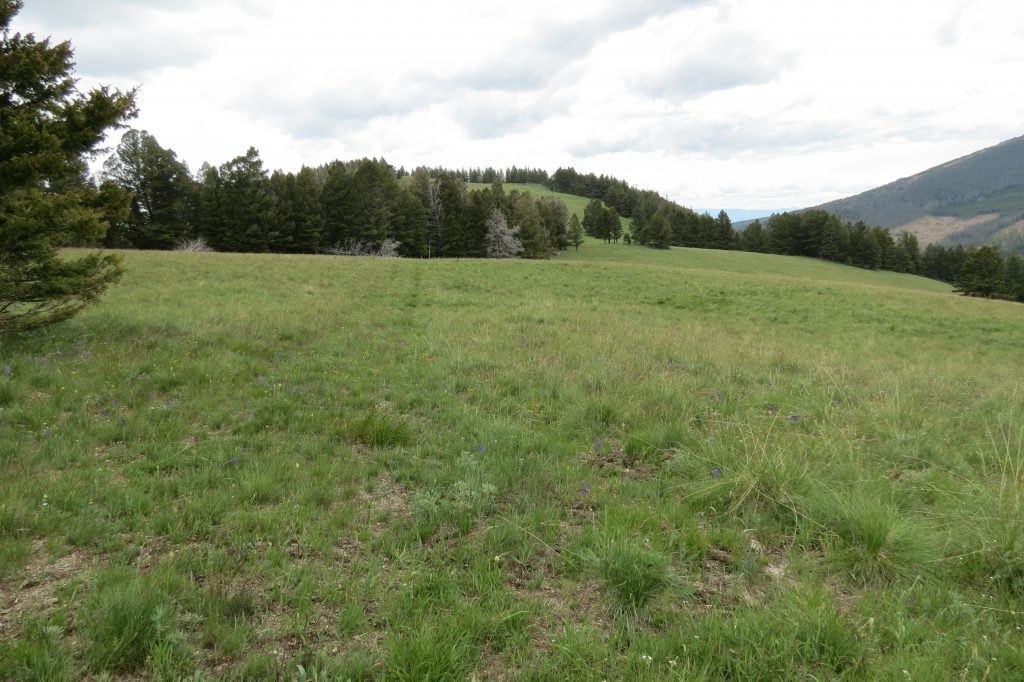 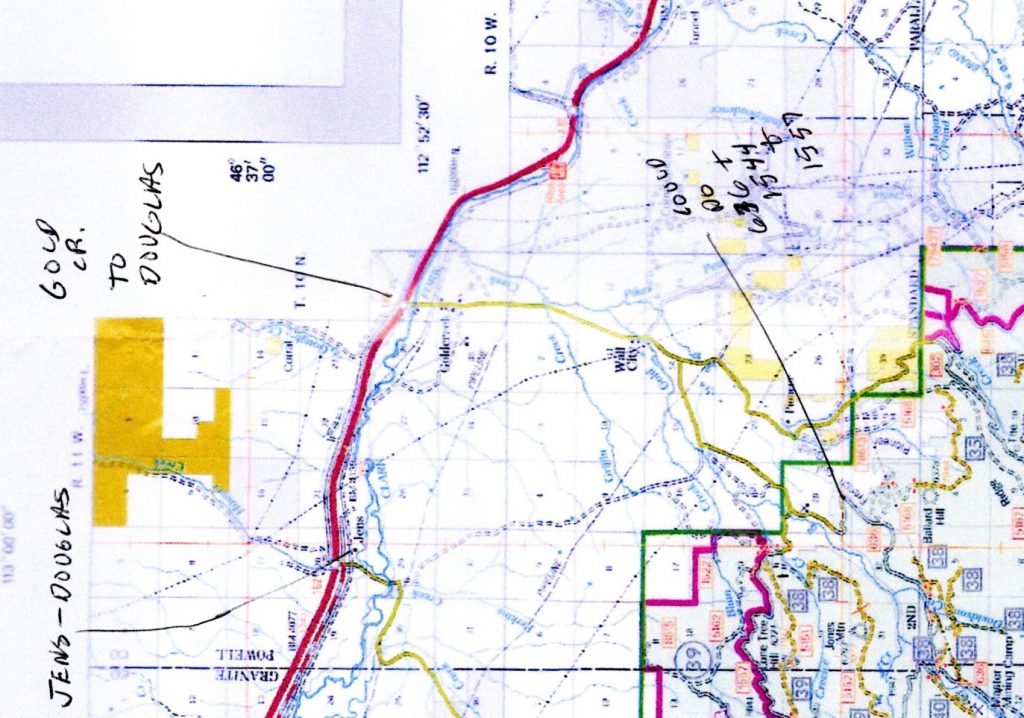