We first explored this route last fall, driving to a parking area at the end of the Skyline Road, on the divide between Deer Cr. and Bear Run Cr. where Little Park Cr. Rd. is gated off. (Please note the difference between Little Park Cr. ROAD and the Little Park Cr. TRAIL) Exploring down Little Park Cr. Road, we found ourselves deadened way down on the north face of Miller Peak. On the way back up I had put a way point on my GPS where it was I was pretty sure we had lost the “Inez to Little Park Cr. Trail,” which is what it was called on current maps and David’s GPS with the newer OnX chip. Our goal was to hitch up with a maze of switched back logging roads on a section of Nature Conservancy Land, where the Miller Cr. trail head was, below us. Today we met at Walmart and drove Steve’s brand new Honda to leave at the Miller Cr. trail head, and took Adam’s Subaru up Pattee Canyon, over into the West Fork of Deer Cr. and up to Skyline Dr. to the Little Park Cr. Rd. parking area. Staring out at 11:AM, we followed my GPS down the road, 1/2 mile/0.80k or so to the vicinity of the waypoint on my GPS map. The “your position arrow” on the GPS kinda covered the spot on the map and we turned and went down the first grassy road we came to. About 1/4 mile/ 0.40k down another road came in, but we continued down a bit more until the road turned on to the north face of the Bear Run -Little Park Cr. ridge we were on. Just form eyeballing it didn’t seem like this road did what we wanted it to, and we took a break and scoped the roads out on our GPS’s and Adam on his phone. Here we saw some purple ball headed flowers, later identified as dwarf water leaf. These roads were a dead end so we went back up to Little Park Cr. Rd. Now with a different resolution on my GPS I could see that the way point was actually a short ways down at a second road that went that way. We went down there, but it looked like this road just took us back to the one we had just been on, but we went anyway thinking maybe it was a case of the two roads were like 20-30 feet/6.10-9.14m apart, one above the other. Not the case, we found ourselves back that the site where the “other road” came in. When we had been there the first time Steve had been walking around looking at flowers and thought he had seen a trail. We looked for it. David’s GPS showed the Little Park Cr. Trail going away from that point to the west. Going down what was a foot path, showed that to be the track, but now David’s GPS was saying it was a two track. Not at the beginning, but shortly, it became more obvious it had been a road, but not for a long time. David’s GPS stopped calling it the Inez to Little Park Cr. Trail, once we got on the Nature Conservancy land.

On my GPS I could see the ends of two roads, one on either side up the ridge, and at first it appeared we were headed for the one on the south (Little Park Cr. side), but instead we just followed down the brow of the ridge. In one spot there was about a 2 ft/0.67m in diameter tree down over the trail and it looked like someone had placed some flat rocks leaning on it, so that maybe a bicycle coming down could jump it. It was our first indication of use of the trail, we had found no “bicycle sign” above. About one half way down there was a knob on the ridge that the trail skirted around on the south, and then dropped us down on the switchback road system at a road junction, where someone had built a rock cairn to mark the route. We took a break to trace out the roads at this “switch corner” to make sure we were on the correct one, all of the corners had multiple roads leading off them. In this leg was saw mouse-ear’s flowers and a blooming yellow camas, one of the ones that looks like a miniature bear grass. It’s usually the case that when you are coming up on a switch  back corner you can see the other switch back road coming up to it, but not here, between the steepness of the slope and the vegetation we couldn’t see them until you were actually in the corner, making one wonder if we were in the wrong area again. The switch back road legs were like 1/2 mile/0.80k long, and it was now in the high 70’s/23.9c with full sun. On the first leg we met two trail bikers going up. At the first corner we had two people on single wheel motorized “segway like” things go up. We had some wind as we walked to the next corner, where we could see the sunlight reflected off of the vehicles parked at the trail head. Shortly before the next corner my feet felt like we had done 7 miles/11.27k, which our GPS confirmed, still over a mile/1.61k to go. Down on the road next to the creek a second group of two trail bikers went up, the first set and the segway people came back down. Just about out we met two guys with three dogs that were swimming in their favorite spot in Little Park Cr. We were back to Steve’s car by 5:PM. The GPS’s and Adam’s phone showed about 8 1/2 miles/13.67k for the day, which, taking out our extra trek down the first road, we estimated the trail to be 8 miles/12.87k.Steve took us back to Walmart and we used our Tacoma to take Adam back up to his car, on Skyline Dr. We all agreed it was a nice day, well worth our efforts. We don’t have an overwhelming need to do this trail again, but I wouldn’t mind going back over it to flag it, sometime in the future. 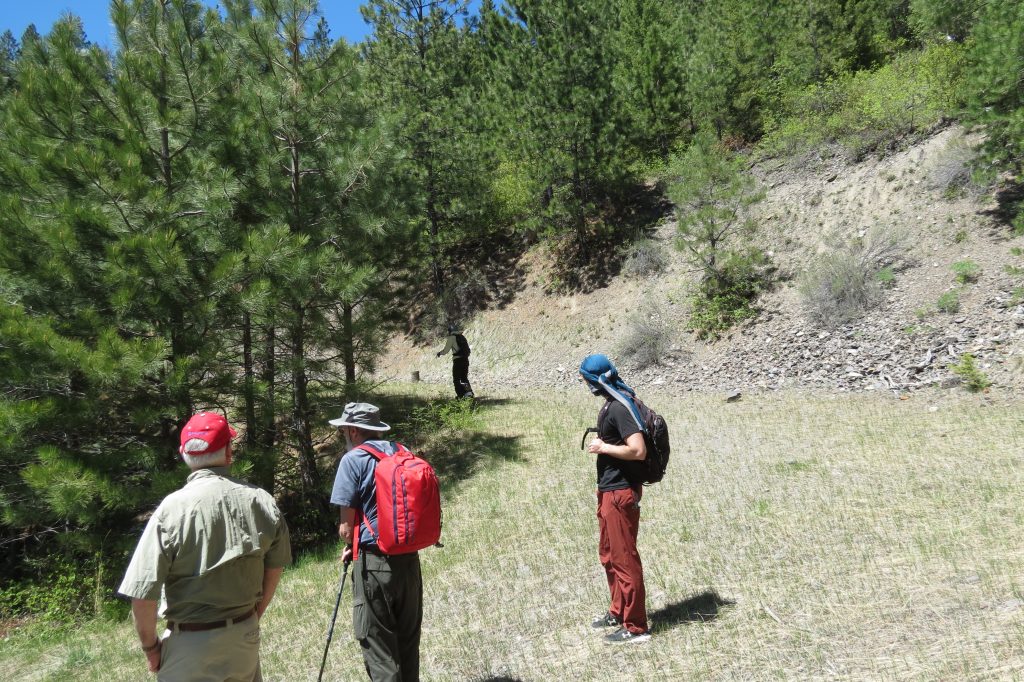 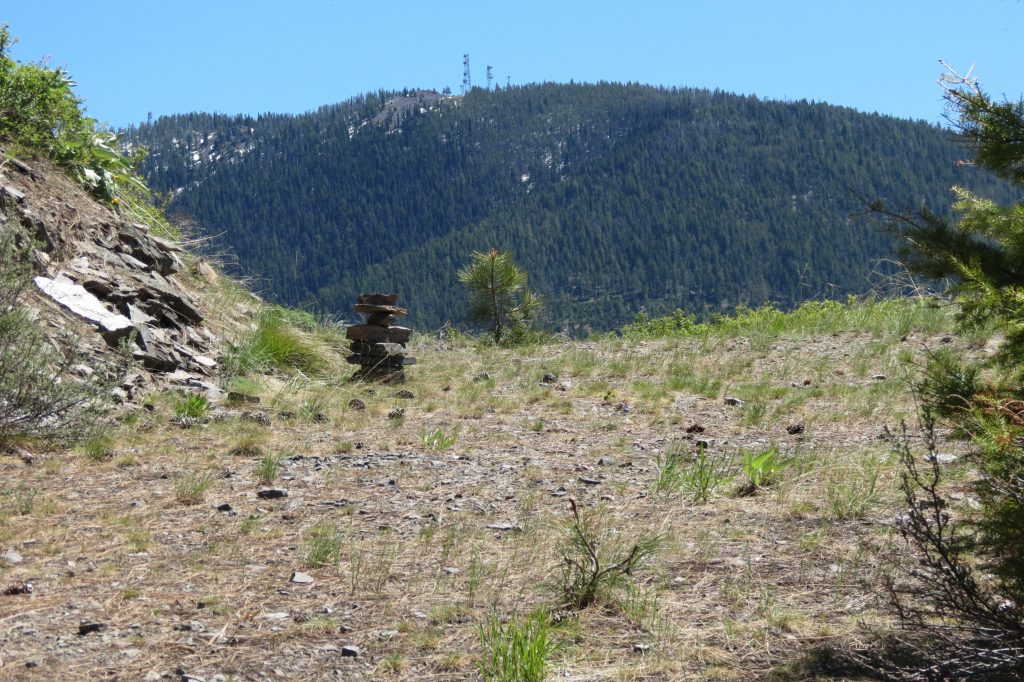 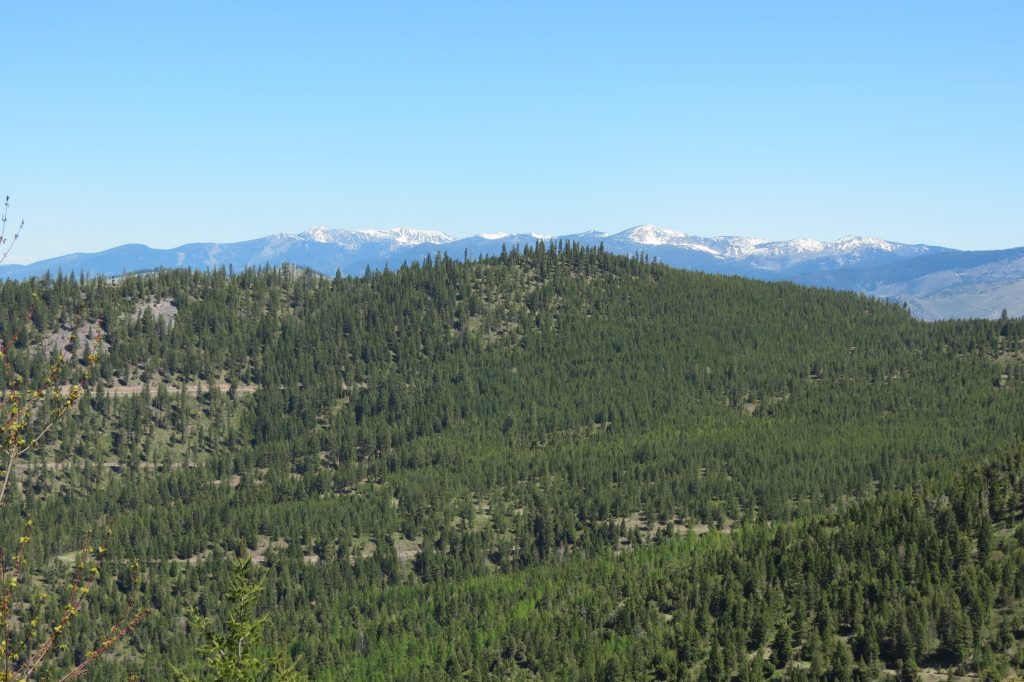