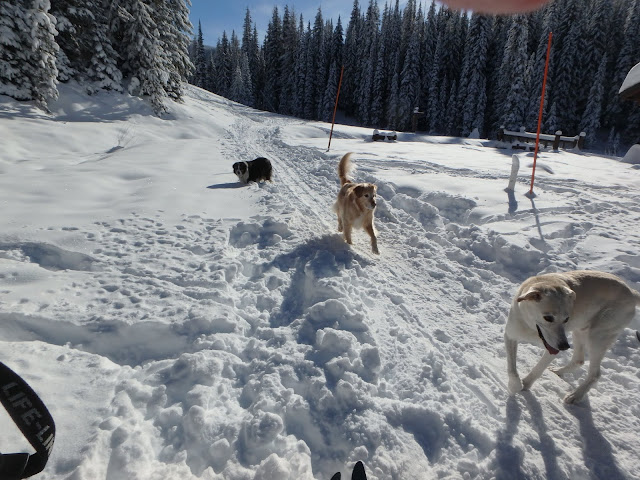 On this incredibly beautiful day Lolo Pass was busy. But, I never tire of watching people have fun up there. Especially seeing the response of people who are new to the Pass. People weren’t the only ones busy. In the Visitors’ Center we heard that there was cow and calf moose hanging out by the Glade Cr. loop trail, and Daphne Herling told us of her experience of encountering them, and turning back from her track. Because the trails aren’t being groomed, it was ok to have dogs on the trails and there were several in front of us as we skied down the Glade Cr. loop. It made me worry for the moose. Across the Pack Cr. ski bridge we found a “Y” in the trail and decided to take the fork that went into an area we rarely go. Before long we ran across numerous trails in the snow and realized they were moose tracks. The ski trail went off in a direction we didn’t want to go, so we broke trail through the woods to where we knew the main trail was, skied a ways, then had a break. The freshest moose tracks we saw were going away from the trail down Pack Cr. flats below Mt. Fugi. We continued on the Glade Cr. loop to the junction with the Packer Meadows Loop, by the upper Pack Cr. road bridge and followed it down to the Lee Cr. trail Junction. Lee Cr. had been tracked so we skied up it aways until the tracks stopped as the makers went up the Lee Ridge trail at the MT-ID border. Some younger people who were just ahead and just behind us asked about the trail and we told them the untracked trail was the correct one to follow. They proceeded to track it but we decided to turn around, it was the first time out for Maria and David, and we did about 4 miles/ 6.44k. A great day, as usual. 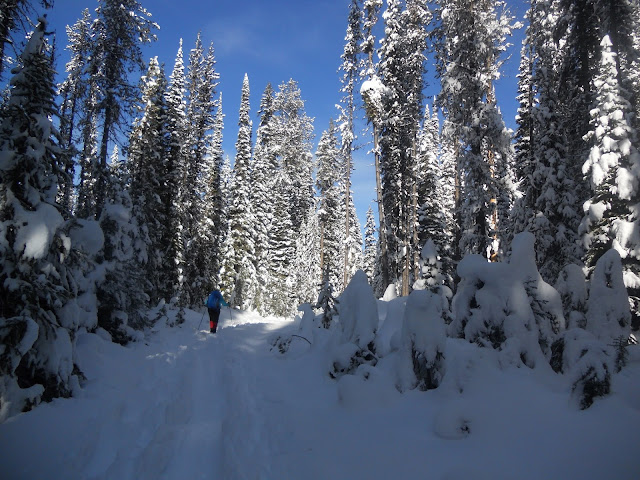 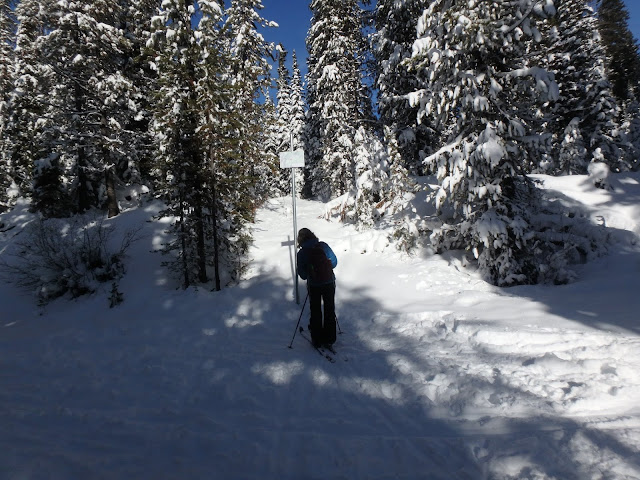