On Tuesday Nov. 21st, Lolo Pass had about 18 inches (0.46 m, 45.72 cm) of snow, people were skiing. Then a string of warm days, barely getting down to freezing at night, followed. Today was predicted to be nice in the morning with rain coming in, in the afternoon. So Alden Wright, Steve Scheirer, Dave Robertson, Tom Herwerder, and David and Julie Kahl took a chance and went up. Some of us had gear for all conditions. As we drove up it didn’t look good. Sometimes that last mile (1.61 k) up to the pass can make a big difference in conditions, but not today, there was lots of bear ground with scattered snow patches in between. And we lost our gamble with the weather, the rain, with a few strong gusty warm winds, were just starting. After some discussion we opted to try and snowshoe/hike down to Crystal Amphitheater, Alden opted to ski. As we walked the shortcut from Hwy 12 to Granite Pass Rd. we were at the lowest we would be on the road, and there was enough snow to put our snowshoes on and keep them on for the rest of the trip. Alden could ski ok, but the day just got warmer and as we were coming out in places on the road, especially where our tracks had compressed the snow, was turning mushy. It stared to rain as we reached the trail Granite Pass Road, we put on rain gear and headed up what is the steepest part of the road, for about 1/2 (0.8 k) mile to the crystal Amphitheater Road junction. It quit raining shortly and only drizzled a few times after that. I was slow going up and the others in front of David and I missed the turn off, it’s hard to see if you don’t know where it is. Just as David and I decided we had to just follow the others -going up the road was an ok trip also- Alden skied down to see if they had missed the turn off, then went back to get the others. In about 5 minutes we were all going down the road, passed the gate. The road runs, going up and down hills for about 2 miles (3.22 k) on the side of the slope that is the north/west wall of the main Lolo/ Hwy 12 canyon, before making a left turn into the amphitheater where it runs, on the south slope, to the far end of the area and stops. About 1/2 mile in is an old road junction, that we consider the end of the road. We had lunch around the 2 mile marker and Dave R. decided to turn back. The rest of us went on, and once again the others got ahead of David and I. Here the road has dropped to about 5200 feet (1584.96 m) as it goes into the amphitheater, now a north facing slope it immediately becomes overgrown, mostly with alders we could make a path through. I stopped at the road junction, but had neglected to tell the others that that was what we considered the end of the road, so they had continued on, on the level road, now badly over grown -why we considered the junction to be the end of the road- with not only alders but decant sized evergreen trees as well. They bushwhacked to the end anyway, David K. went a short ways and came back to where I was. I did some maintenance: drank water, retied my boots, took pictures, messed with my GPS, while we waited, and soon the others came back. Alden and Tom decided to explore the other road, which just goes down into the bottom of the amphitheater and over Crystal Creek to the north end of the clearcut. Steve decided to come back out with David and I, we were just a little passed the 2 mile mark when Alden and Tom rejoined us. Back to the Visitor’s Center around 4:PM we headed back to town. Somehow we had made the best of this challenging day. 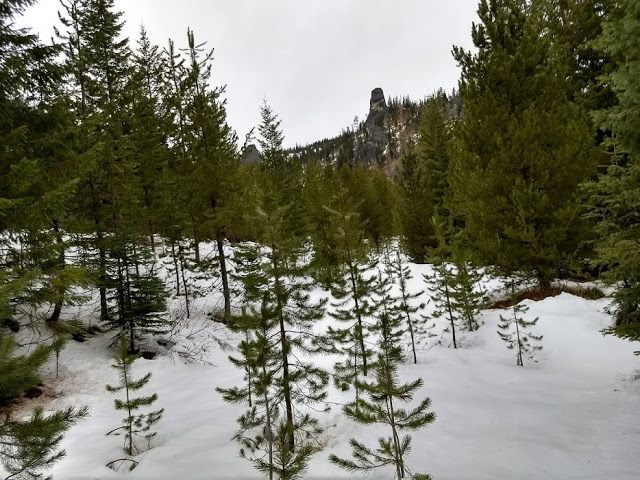 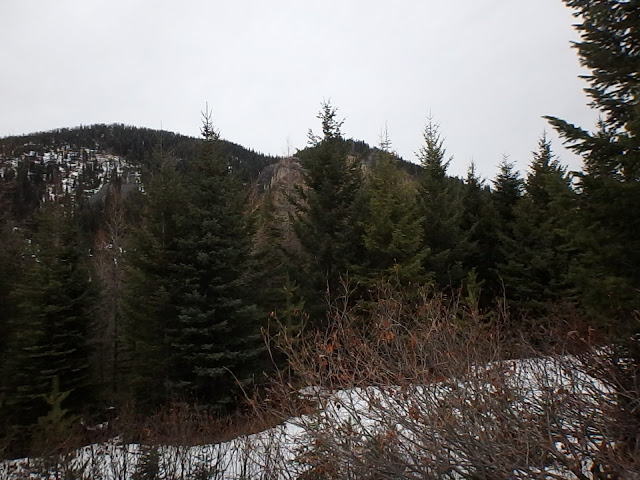 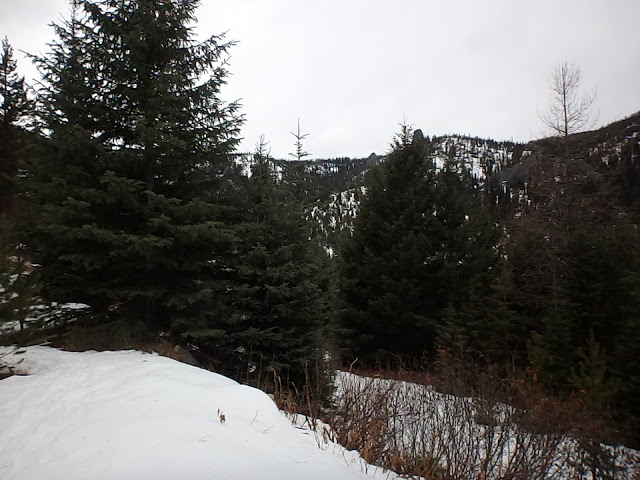 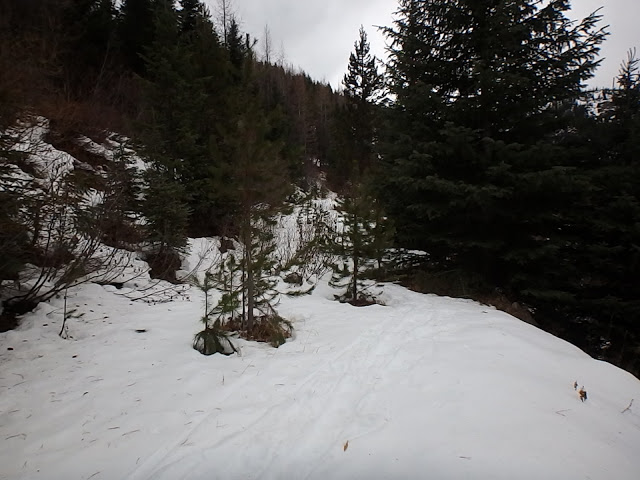