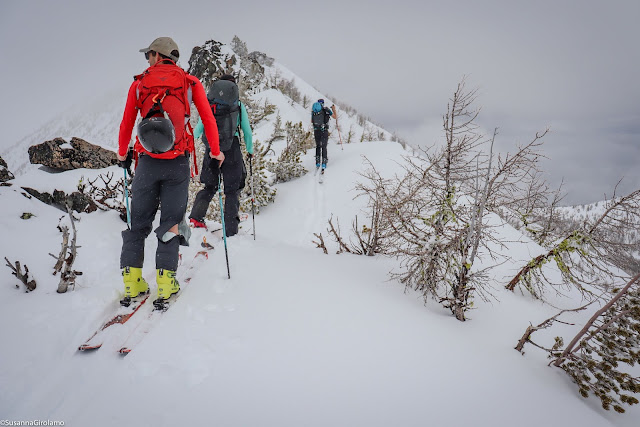 Saturday May 18, 2019
Participants: Adam Drobish, Tiffany Flanagan, & trip leader Susanna Girolamo Phillips and co-leader Tom Jones (TJ)
After a recent trip with TJ, he suggested the idea of biking and skiing Lolo Peak. In this case, we took the opportunity as soon as the winter gate opened to explore his plan. The idea was to bring mountain bikes, strap the skis on the bike and from the upper trailhead, at 5,700 ft, ride up Carlton Ridge, ditch the bikes and boot pack/ski to the North Summit (8,975 ft).
So we decided on short notice to add this trip to the Rocky Mountaineers Club calendar.
A few days before the trip we checked with the Montana Lolo Pass SNOTEL site, and we read that at 5,240 ft of elevation snow was still showing..  Well, we decided to go anyway, but without bikes.
We met up early and the four of us carpooled to the trailhead. We took the left onto Mormon Peak Road #612, and to our surprise, the road was in very good condition. When we arrived at the trailhead, fog and misty rain welcomed us. We were the only vehicle. Our first mile and a half was on foot. At about 6’500 ft we started skiing up toward Carlton Ridge. The higher we got, the lesser the visibility became. Once we reached the ridge, we dropped down to Carlton Lake, crossed the dam and started ascending the south east ridge towards the summit. When looking up from the lake, we just barley could see the ridge. The higher we got the warmer it became. The snow pack felt heavy and wet, but stable. Along the ridge the visibility worsened. TJ and I had our BCA radios, he in the front and I in the back, and it was helpful to be in constant communication.  At a certain point, evaluating the terrain was critical, as we couldn’t see the drop off anymore on each side of the ridge. That’s how bad it was. We reached to the North summit in good time and decided to proceed to the South (true) summit.
We skinned back to the North Summit and ripped our skins off. Carefully we picked and contoured our way back down to the lake.  The light was so flat you could not see a foot in front of your ski tips. The whiteout was so intense, the visual depths, the steepness of slope was incomprehensible. The wet snow made the ski turns challenging.  After a quick break at the lake, we skinned back up to Carlton Ridge, transitioned, and skied our way back to the trail.  We made it back to the car safe, but wet.  The snow had changed to rain as we descended.
The four of us met up at Imagine Nation Brewing Company for a beer and the tail end of the 4th Anniversary celebrations. 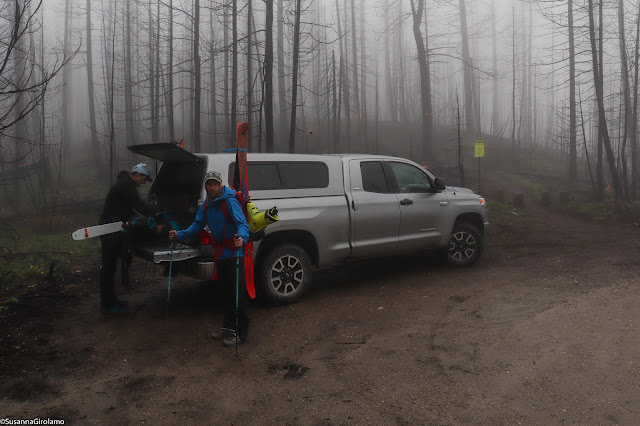 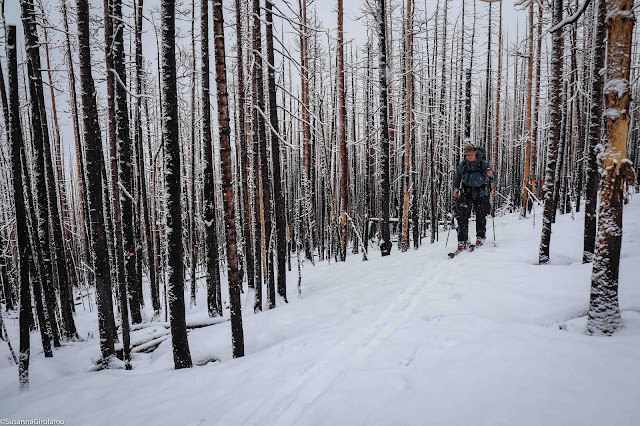 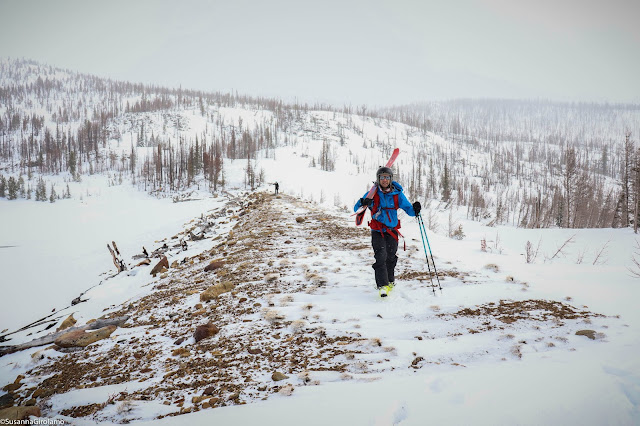 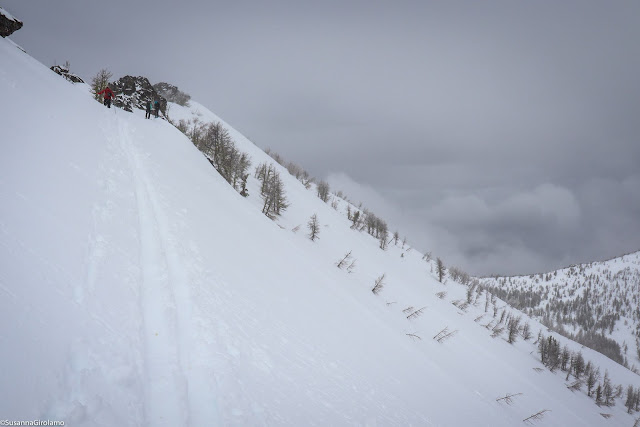 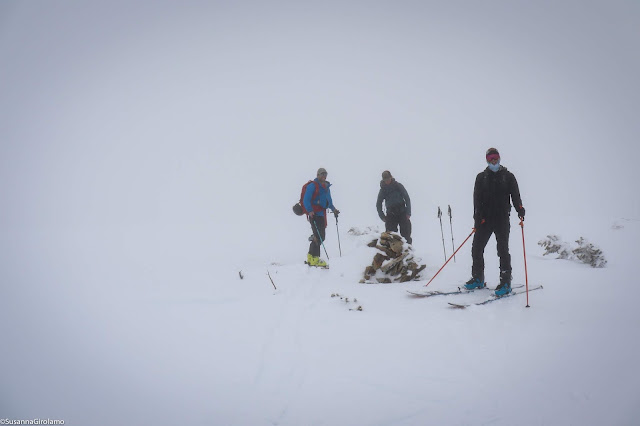 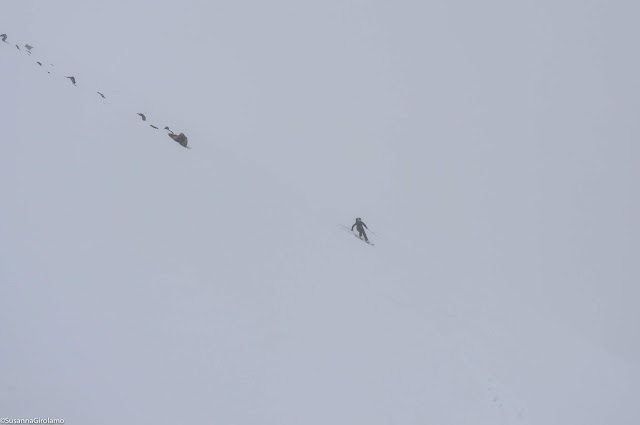