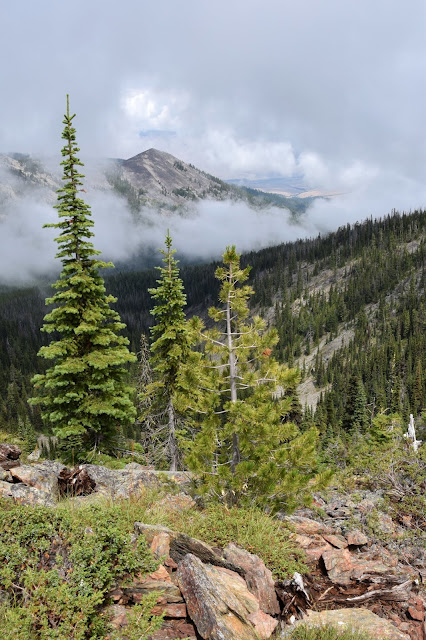 Date: August 11, 2019
Trip Leader: Alden Wright
Attendees: Arthur Endsley
I advertised this as a hike to McCormick and Blackrock Peaks on the reservation divide north of Nine Mile, but we were prevented from making it to Blackrock by the weather.  Arthur Endsley and I left from North Reserve at 10 am.  The road was mostly signed, but there were some missing signs, so a good map of the roads is a good idea.  It is a long drive to the trailhead, and we didn’t start hiking until about 11:30.  The map shows trail 708 going straight up the ridge, but in fact it follows road 4213 (closed to cars) for a ways, and then cuts back up to the ridge.  The trail is good, but I am an old man and am slow.   When we got almost west of McCormick peak, we left the trail and went up a rock slide to the peak; easy scrambling on large rocks.  There were lots of clouds, so there were only intermittent views of the surroundings.  When we started off in the direction I thought was towards Blackrock, I knew I had better check my GPS to make sure we were going in the right direction—-we weren’t.  We went in another direction, and still had to make another correction.  Arthur made the suggestion (which is obvious) to use the map to get a compass direction—in the future I will do this in preparation for going downhill from a peak or knob.
As we followed the ridge towards Blackrock, we heard some thunder in the distance.  When we got to the knob part way between the peaks, we started to hear more thunder and had some rain, so we headed back to the west side-hilling to avoid going back over McCormick peak.  Very quickly there was heavy rain, lightning directly overhead and all around us, and immediate thunder after the lightning.     Apparently, the storm going over the mountain range triggered a lot more lightning and rain.  We sought shelter under some trees—not the highest, and waited for an hour and a half for the lightning to die down.  We were thankful that we didn’t get hit by lightning.  When the rain somewhat relented, we ran to and down the trial—fortunately I am still good at this.  We got back to the car at about 4.
A hairy woodpecker was spotted near the trailhead. One flower of the hike was tentatively identified as sulfur buckwheat. 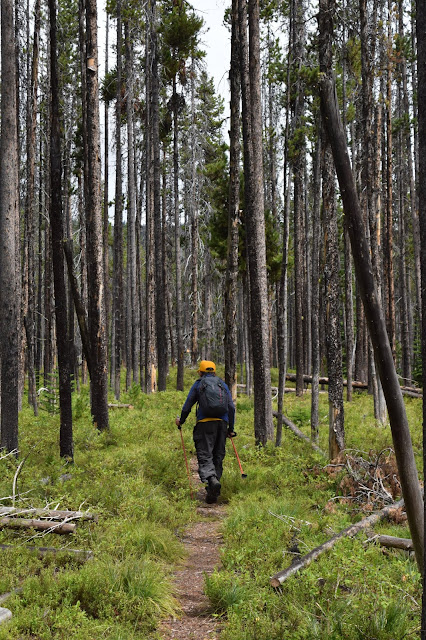 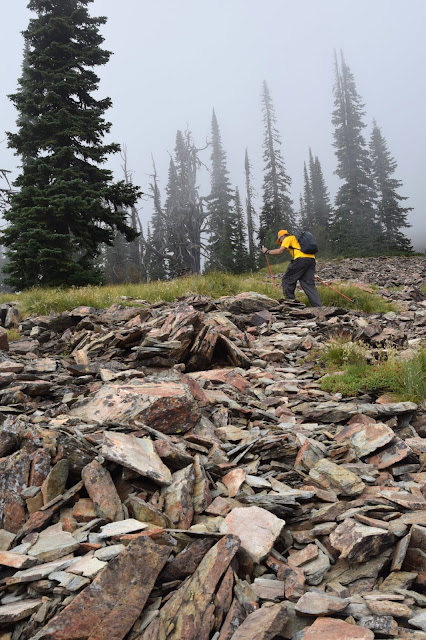 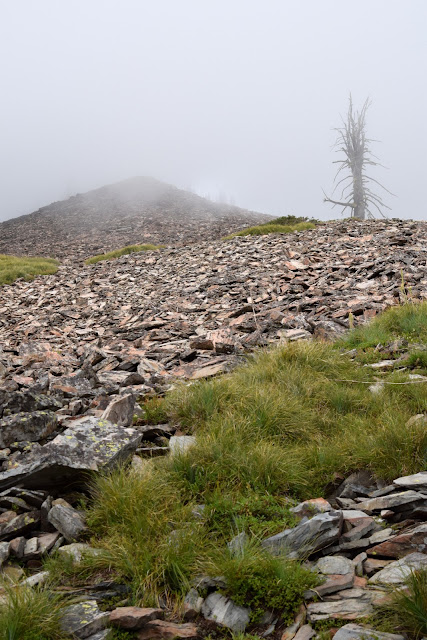 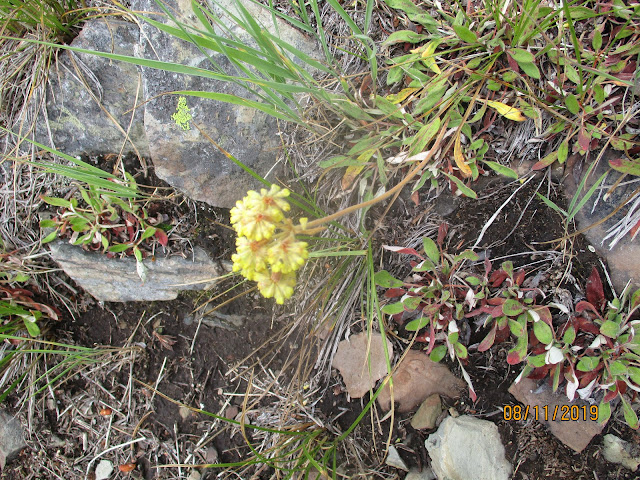