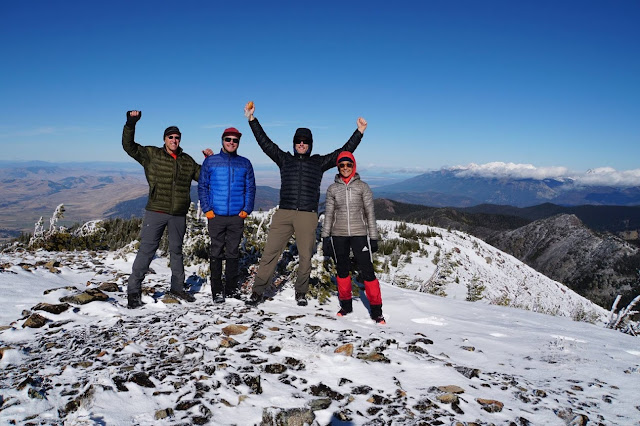 Date: October 27, 2018
Leader:  Forest Dean
Participants: Bryan Kercher, Tom Herwerden, Dori Gilels
The four of us met at the Wye interchange on this Saturday morning and carpooled up to the Finley Lakes trailhead.  Under a clearing sky, we started up the trail at 8:10am.  We stayed on the main trail for 1.5 miles and then headed north on user trails up and into the northeast fork drainage of Finley Creek.  Our route first took us up through some mostly open forest and then (as we bent to the east) across and along some small boulder fields.  At the end of this dead end drainage, we ascended steeply and gained the ridge just to the west of the 8200’ high point.  There were a few inches of snow along this sharp ridge (particularly on the north aspects), but not enough to require anything except for careful footwork as we negotiated boulders.  As we topped out on the 8200’ point the sky had become almost entirely clear.  From there we followed the wider ridge as it headed first east to another highpoint (8260’) and then north.  The ridge dips as it heads north before a final 600’ hike to the summit of McLeod.  We arrived at the top of 8620’ peak at about 12:15pm.  Here we enjoyed lunch, high fives and a couple group photos before turning and heading back the way we came (12:45).  Oddly, as we were hiking back along the ridge to the 8260’ point we encountered four other hikers.  This area and route don’t see a lot of use, so two groups up here on the same day (albeit, a very nice day!) seemed to me something of an anomaly.  The hike back was pleasant and without incident.  We arrived back at the trailhead at 4:15ish.  Ten miles round trip, 5000’ of elevation gain.  It was nice to “sneak” in yet another adventure, on foot, in great weather (and with great partners) prior to the soon-to-arrive snow season!
Forest Dean 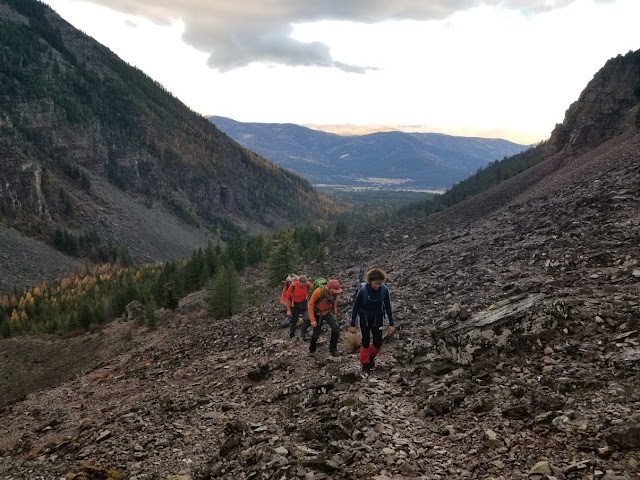 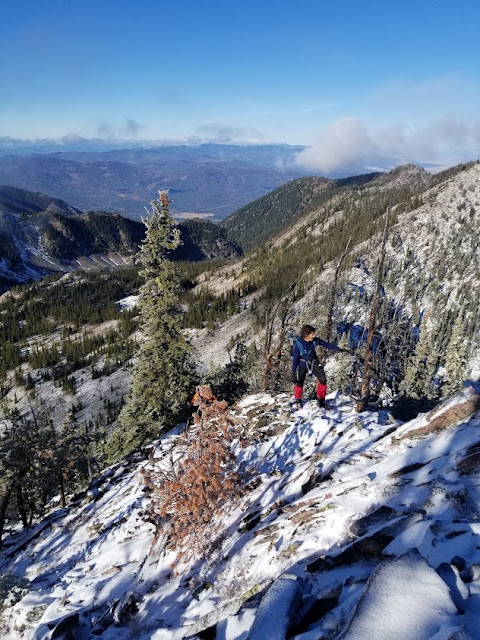 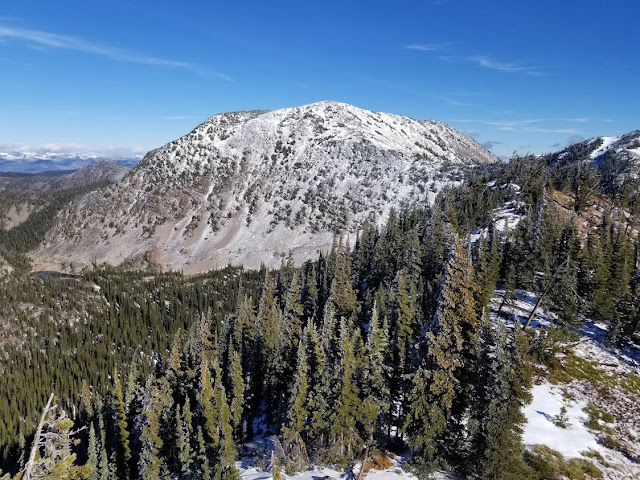 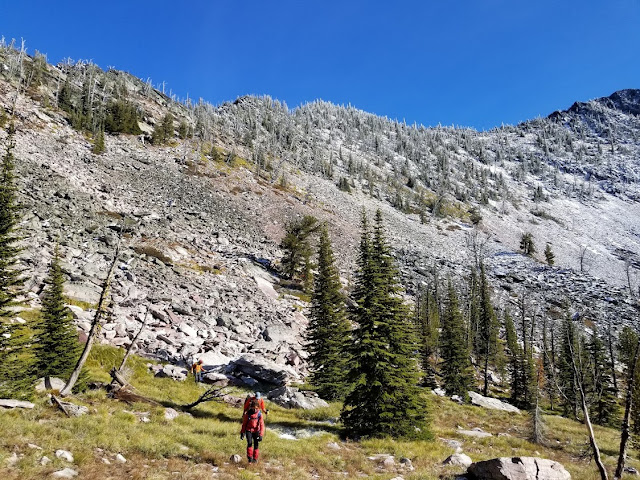