With the ice season winding down, several of us wanted to take the skills we acquired at the Hyalite clinic a couple weeks ago and try to ingrain them before hanging up the tools for the year.  Thus was born the idea of a two day climbing trip to the Mission Falls area.  Four clinic participants plus three others joined up for what turned out to be an awesome weekend of ice climbing.  Other than Steve, none of us had ever climbed at Mission (not including the Hourglass area).

We got a bit of a late start leaving Missoula (8:45am on Saturday) and then were further delayed as we ran into a towing operation about ¾ mile before the trailhead.  A CSKT Game Warden also happened to be back there; fortunately everyone had their recreation pass and he wished us well and let us pass!  The trail was beaten down well enough that no skis or snowshoes were needed for the approx. 2.5 mile approach (Dan wore ski’s anyway).  We arrived up at Mission Falls around noon under perfect sunny skies.  The ice is located just to the right (south) of the Falls.  Four prominent routes lead up from a sloping shelf (further to the right is “Whispering Ice” which we did not climb).  Dan led up the first (left) route (WI 3+/4), Forest took on the third (same rating, but shorter), Steve hiked around up the 4th and set up a toprope.  The seven of us then moved around climbing the various routes.  Fun times, ice was great, sun was out!

Michael, Tom and Forest had decided to spend the night so they continued climbing until 6:30ish.  The rest of the group left and hiked out in late afternoon after getting several laps in.  The campers spent a nice night down in the cedars at creek bottom.  Sunday morning we ate breakfast then headed back up to the Falls again at around 8:45am (hour hike back up- half hour down).  This time we climbed the second (from the left) flow (WI 3/3+?).  Headed back out around 2:00pm after visiting with some folks (Ben, Ben, Casey, Helana) that were climbing Whispering Ice.  We were back out about 3:30pm.

Really impressed with the Mission Falls ice arena!  Lots of climbers can simultaneously be playing there.  Good variety of difficulty.  Access (assuming you can get to trailhead) is pretty easy (about 1.5 hour approach).  Already looking forward to getting back next winter! 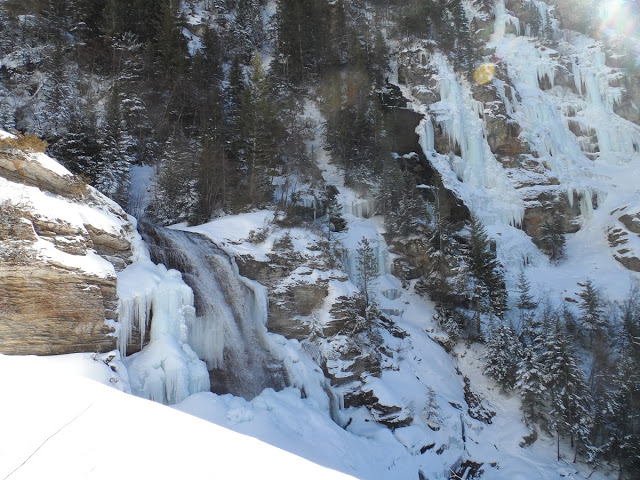 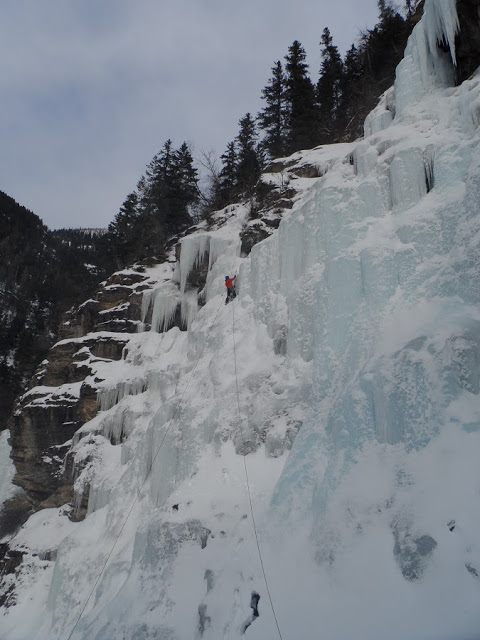 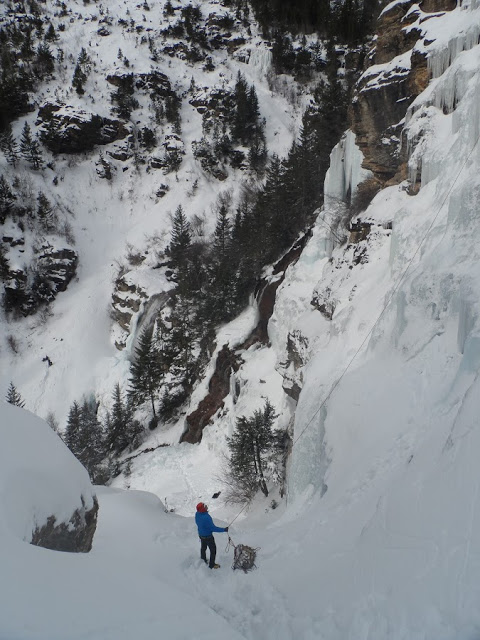 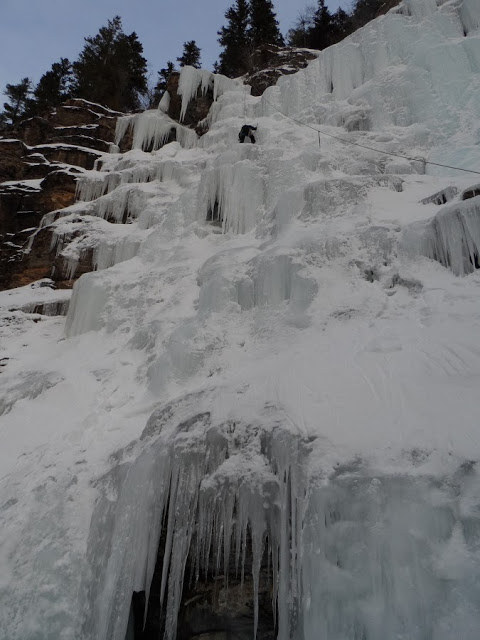