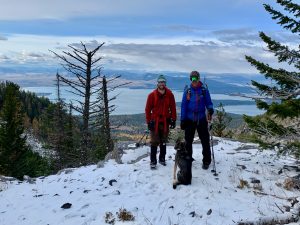 On the date of the climb three Rocky Mountaineers (Laurel Vielle, and Adam’s doggie Lila) and a prospective Rocky Mountaineer (Joe Maesar) headed up the rough Hell Roaring road near Polson to get as close to Moss and Cedar peaks in the Mission mountains as possible. I had been up the road one time years ago and knew it was rough but didn’t know the current condition. Thankfully another Rocky Mountaineer (thanks Casey!!!) checked it out and reported on it a few days previous so we knew it was bad but passable. Even with snow on the ground we were able to make it to the parking area thanks to Joe’s heavy duty diesel truck. From there we hiked up the old road to the cabin that sits just below a saddle between Moss and a lower ridge. We briefly considered doing Moss peak which was not far from the trailhead but decided to head for Cedar first with the plan to loop back to Moss. The trip leader (moi) wanted to do Cedar first since I had already climbed Moss years ago. At the cabin we strapped on the snow shoes and descended via snowy trail to Rainbow Lake. From there we traversed in the direction of Cedar peak. We encountered some challenging and steep snow conditions and after a couple hours of slowly slogging through snow and being closer but not close enough to Cedar, we decided to call it. We returned via the same route. Another factor in the decision to turn back was the time it took to drive from Missoula to the trailhead on the slow going Hell Roaring road which put us hiking later than expected. None of us wanted to forge ahead but then be dragging out at midnight. Even though we didn’t make either peak, it was still a fun early winter outing. The happy ending is that Joe decided to become a member of TRM!

Depending on snow and avalanche conditions, Moss may be a winter possibility by driving up as far as possible on Hell Roaring and then skiing or snowshoeing the rest of the way. As mentioned before Moss isn’t that far from the trailhead so the bulk of the miles would be road miles in that situation. Something to think about for the future! – Laurel 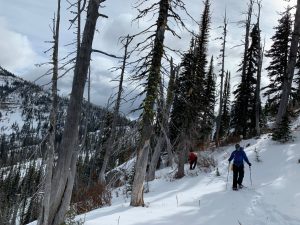 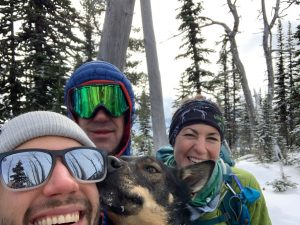 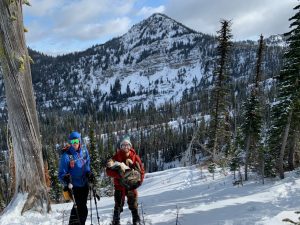 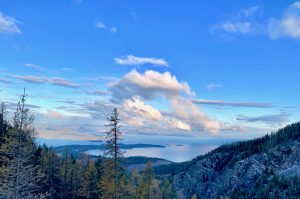