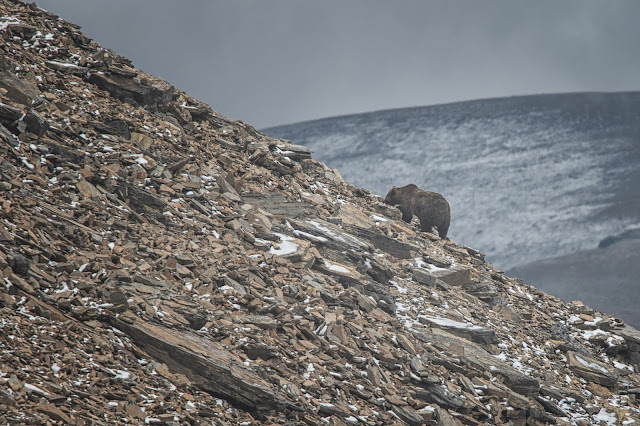 Photos by Dexter Hale (except the two that include him)

After a night of heavy rain and high country snow, we opted to leave camp in Many Glacier after 8am, hoping that there would be some melting on the summit slopes by the time we got up high. We started at Siyeh Bend and hiked to Preston Park, just below Siyeh Pass, where we left the maintained trail to climb the South Slope Route. Our progress through the class 2/3 cliffs was steady and straightforward, with one minor route finding hitch near the top. Upon reaching the massive summit talus field, we met several people who had turned around due to the presence of a grizzly bear digging for army cutworm moths in the talus. We saw the bear almost immediately, and Dexter had a camera with a big lens to capture photos, several of which are included in this post. The bear was busy and far enough away not to worry us, so we kept on climbing, and then once we were on the summit, he was only 50 yards below, with the summit cliffs in between, so we felt safe. It was an awesome site, as was the view down to Cracker Lake. On the descent, we corrected the route finding hitch, making it through the cliffs with ease. It was a great group, with two old pros in Dexter and Paul, one fellow new to mountaineering in Arthur, and Jen and I. We were back at the car just under 8 hours after we started and then back to camp in time for burritos. 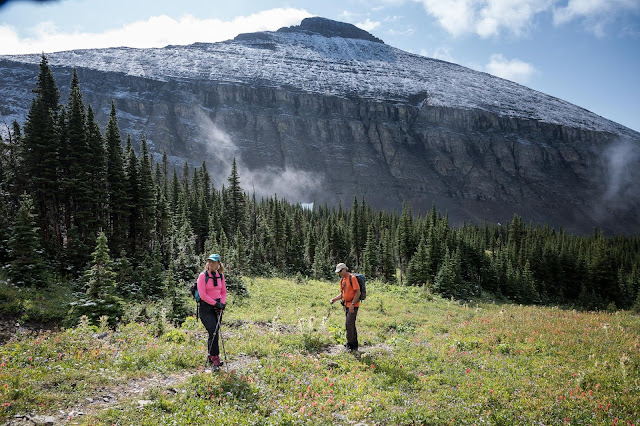 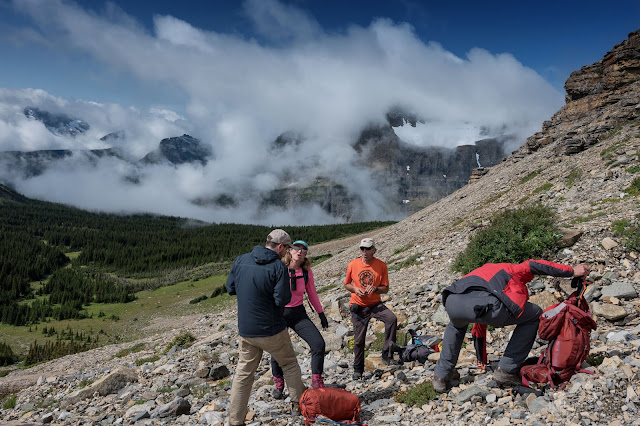 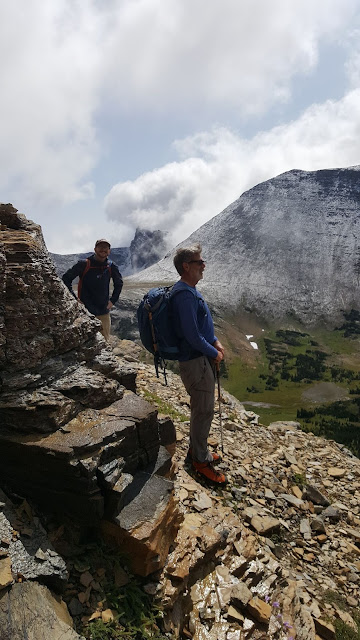 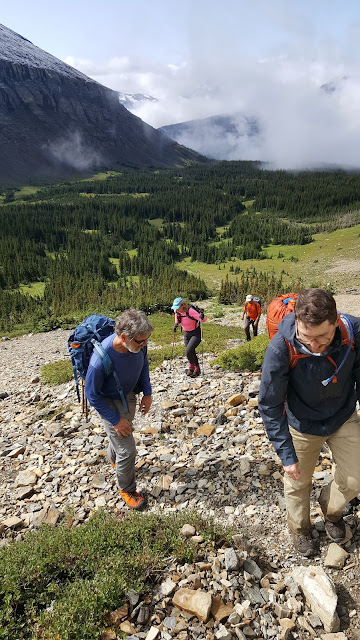 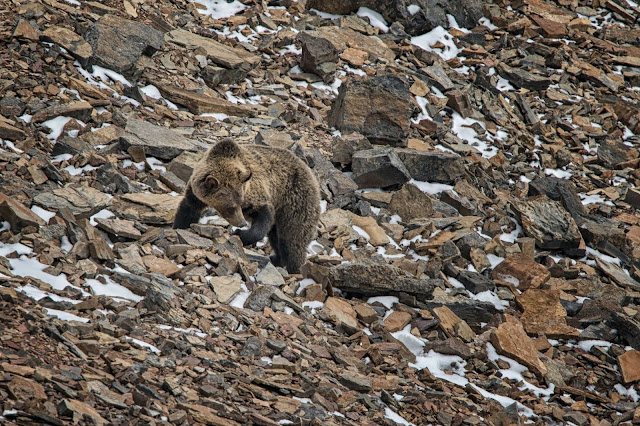 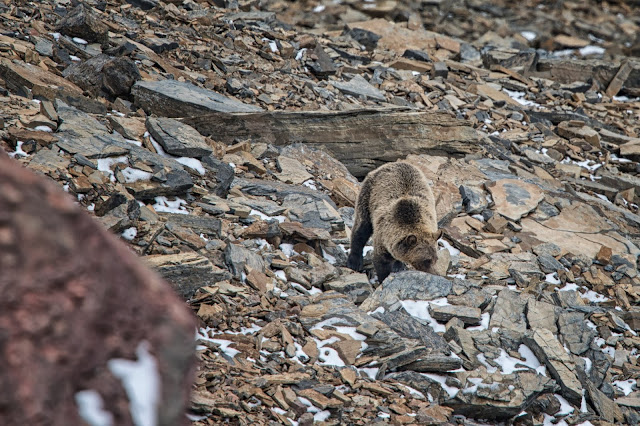 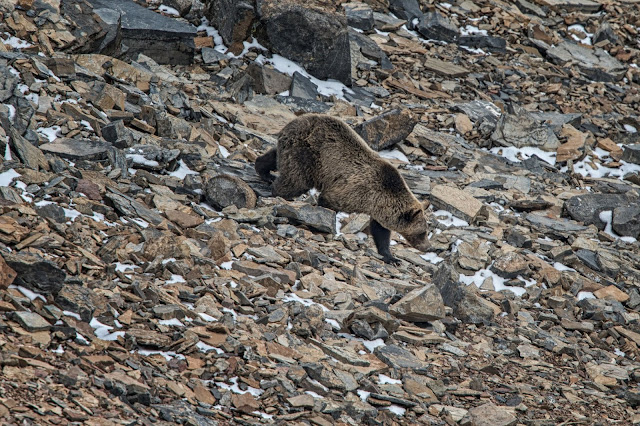 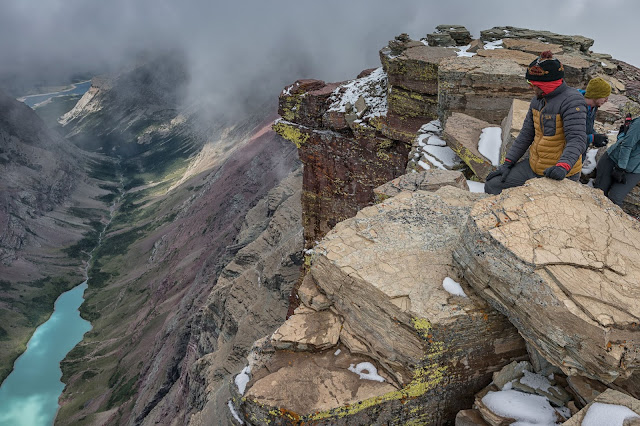 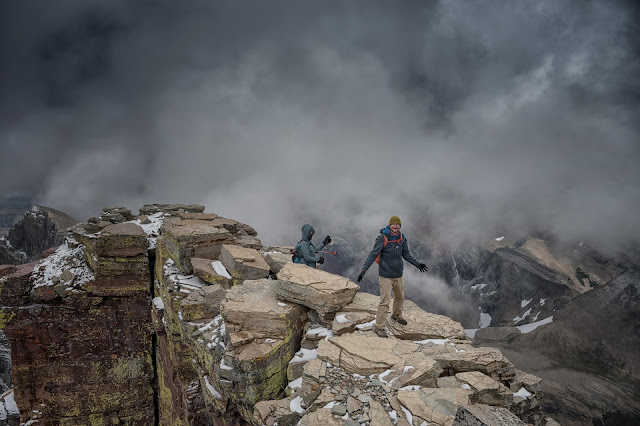 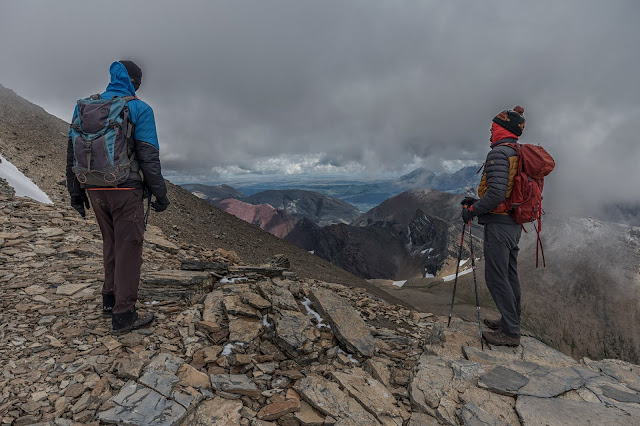