Forest asked me to step in when Susanna couldn’t coordinate Mountaineer.  I got good beta from both Forest and Susanna and decided to go for it even though I usually don’t coordinate climbs I’ve never done before. The only other member of TRM to join was Fintan Maguire.  I also added Mountaineer to the GMS calendar and made it a combined climb so Steve Dagger and Robin Young from GMS could join Fintan and I. Due to a few delays we didn’t start hiking at the Mission Falls trailhead until about 7:30.  We made good time up the trail to the falls but then ran into a little trouble on the climbers trail to Lucifer Lake, losing the correct trail and having to backtrack and find the way.  We did and made it to the lake in decent time.  After we snacked and refreshed our water supply, we headed over to the outlet to Lucifer, noticing only one skinny log to cross on.  Fintan crossed it with no problem but Robin, Steve and myself waded it.  I was waist deep in water, thankfully it was fairly calm.   That took some time.  We made it around the south side of Lucifer with no problem but ran into immediate issues on the bushwhack between Lucifer and Picture lake.  Due to trying to find an easy way across the different streams (all high) and a way through the thick brush, it took quite a bit of time and navigation to get to Picture.  From there we made our way around the south side of the lake and finally got out of the brush and onto the meadows and boulders above Picture.  There was quite a bit of snow down low and the gullies leading up into the cliffs were all choked with snow.  We had another rest and decided we should make 2:00 pm our firm turn around time as none of us wanted to be dragging out at midnight.  We pretty much knew at that point we weren’t going to make the summit but we pushed on.  We made it to the correct gully leading up to Mountaineer and the lower part of it was miraculously free of most snow.  We decided to go up the gully a bit to check it out and headed up.  We stopped when we saw snow above us and how much further we had to go. We estimated we had about another 1.5 hours of climbing and 2000ish ft of elevation gain and that it would be foolish to push on.  We had the rest of our lunch and headed back about 1:40pm. The way back went somewhat smoother though I wouldn’t call it any easier.  We went on the north side of Picture and took a steep but cleaner route down to Lucifer lake.  The lower part was still a bushwhack.  After we hit the fisherman’s trail on the south side of Lucifer, we cruised out from there.  Cold beers and salty chips were our reward for a good effort trying to reach Mountaineer.  Trip was about 11 hours, 5500ish ft of elevation and 14.6 miles RT. 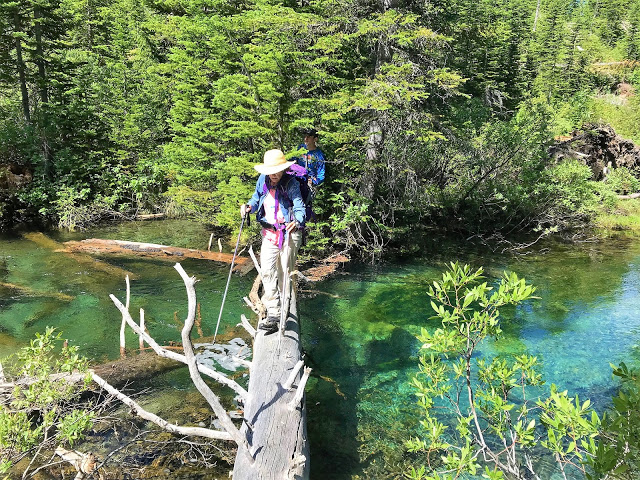 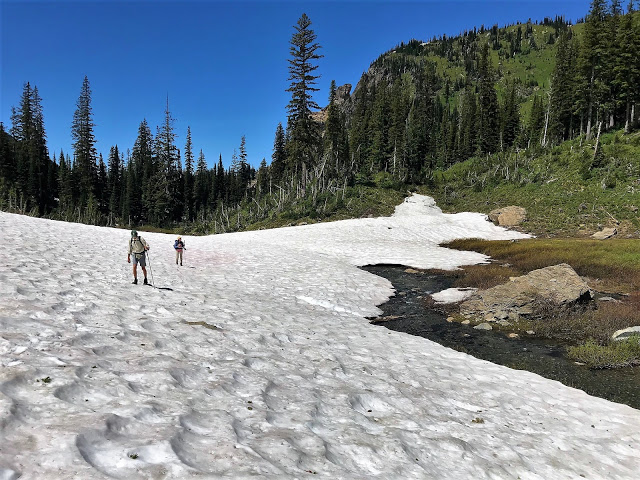 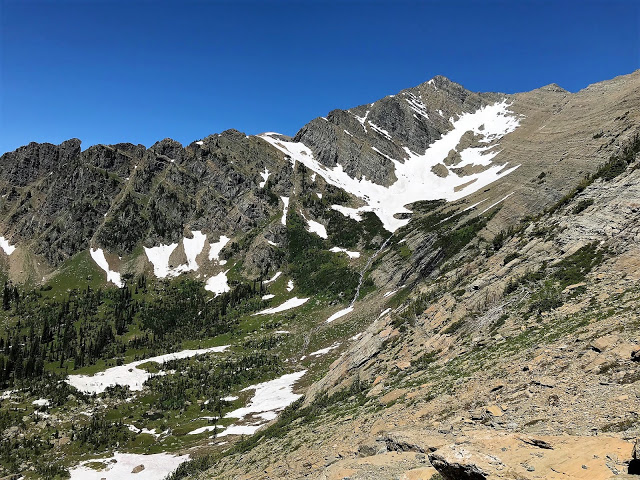 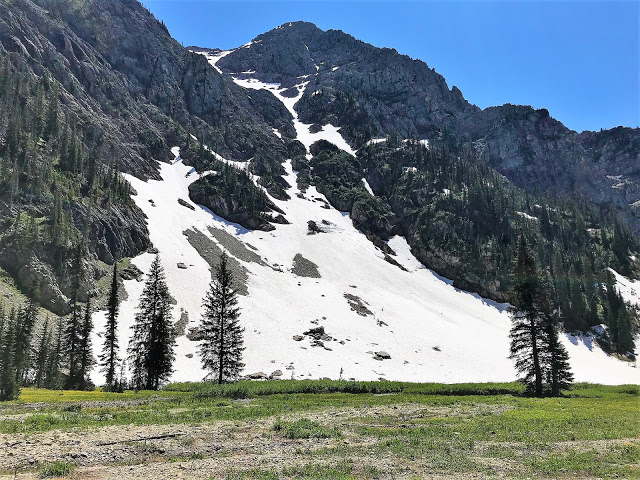 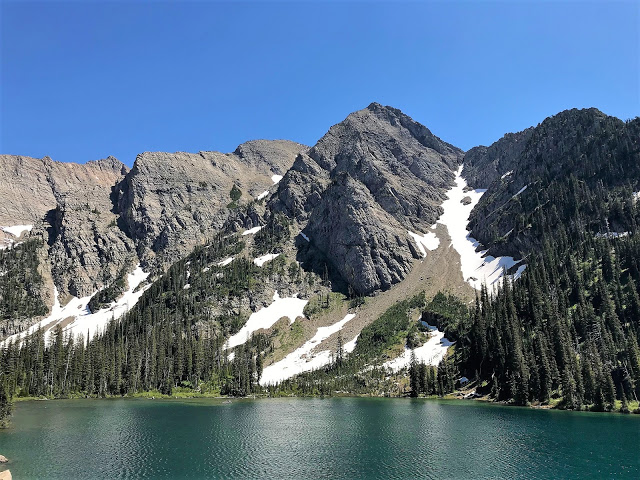 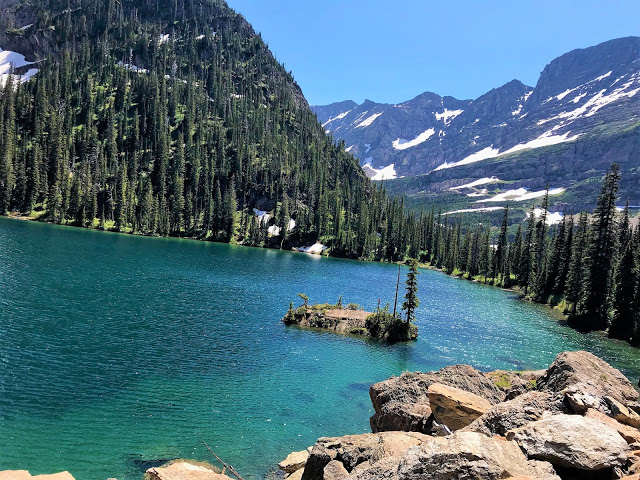 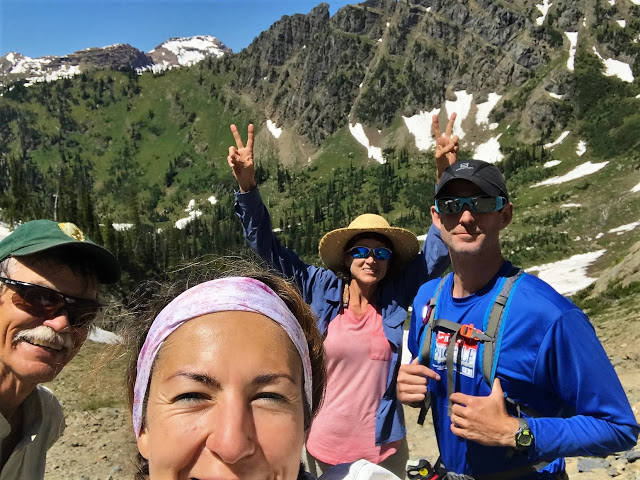 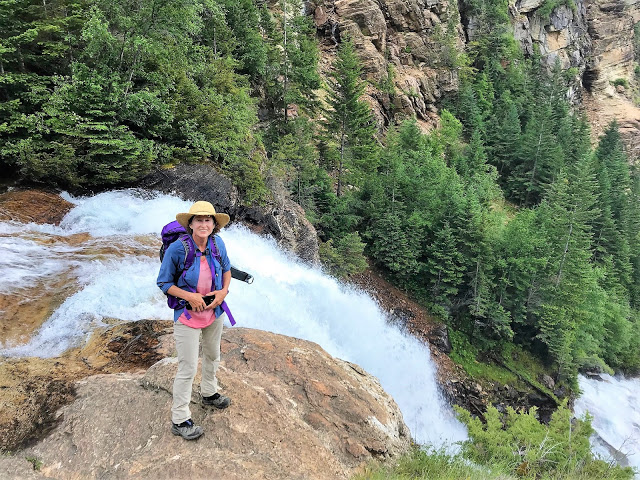