The Irish traditional music tune Cold Frosty Morning kept going through my head today. Some of my people had canceled, and two more failed to show up at the meeting place -can’t blame them, it was 11 degrees – except Roy Regal. We discussed it and rather then trying to do Pack Creek with only 3 people to break trail, we opted to check out conditions at Lubrecht, or Seeley Lake if we didn’t like what we found at Lubrecht. We left Roy’s truck at The Comfort Suits on Broadway and went in our Tacoma.

These may have been the nicest conditions we’ve ever seen at Lubrecht. Plenty of snow -even off the groomed trails. All the trails were newly groomed, as they were having some kind of race there, today. We never saw any racers as we followed the outside D Trail. We were one of only a few parties that didn’t have dogs. Of course we “got lost” that is didn’t end up on the trails the way we wanted. In the morning it was sunny but still cold, not so bad in the sun. We followed the C trail and ended up down by the dam for the reservoir -I had wanted to be going the other way on that trail. When we got to the junction with the D trail we found why we had missed it on the other end, it hadn’t been groomed yet, though several people had skied it. As we looked at the signs the groomer came out of the D trail, then further along he came by again, grooming a wider track. The D trail winds up along a nob, with a lot of up and down. As we had lunch it was starting to cloud up and get windy. The wind blew snow off the trees in blobs and fog like spindrift. With the winds we were glad we didn’t end down by the reservoir at this time of day, it would have been miserable. We skied a little over 5 miles (8.05k), and felt we had put in a good day. 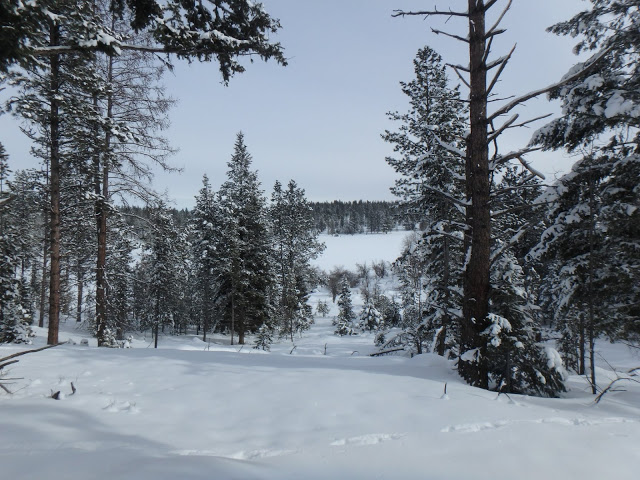 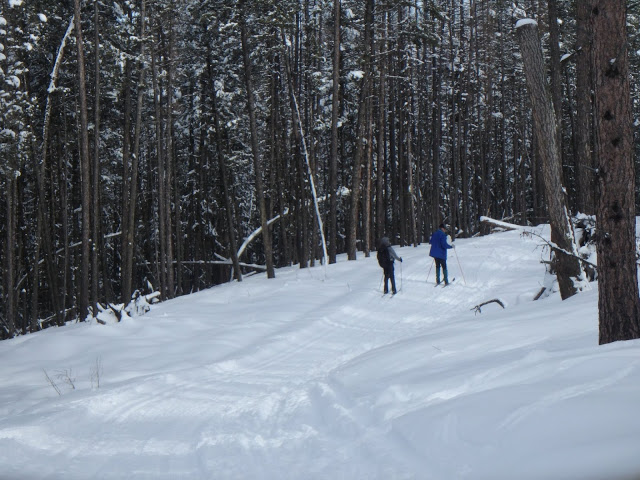 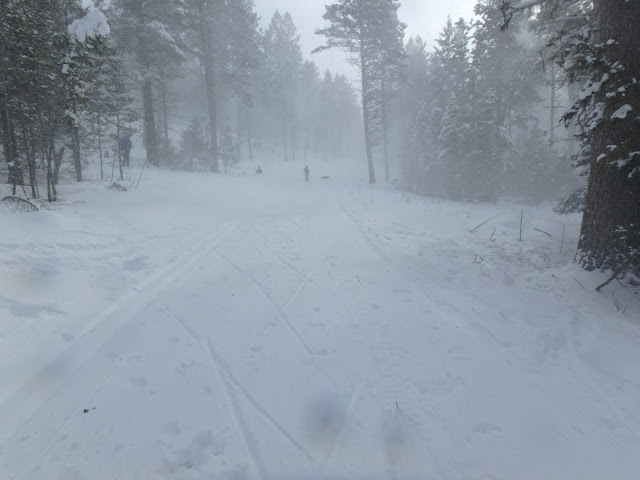 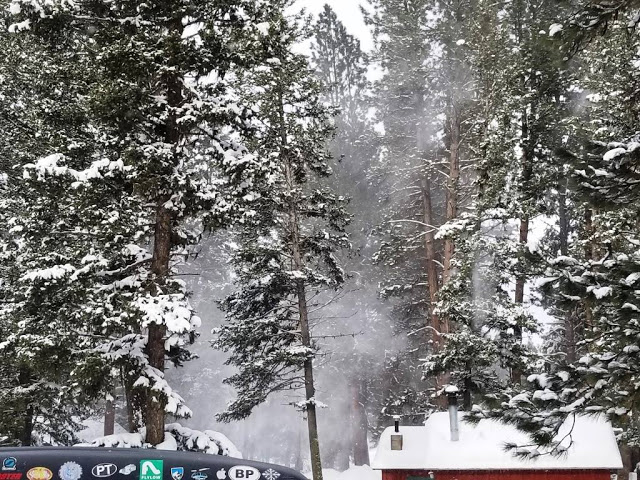