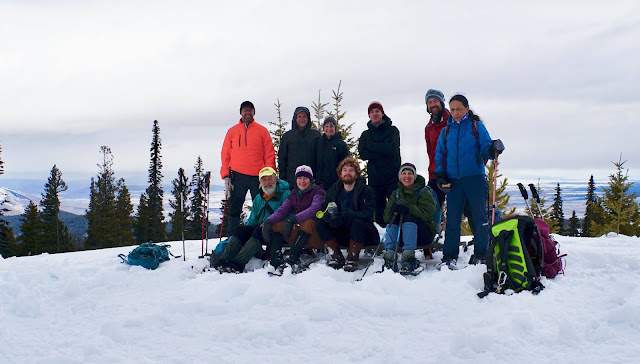 Date: February 2, 2019
Trip Leader: Laurel Vielle
Attendees: Alden Wright, Oliver Serang, Jenny Freudenburg, Greg and Cecilia Notess, and Doug Thorsen
Even with a potentially miserable forecast for the day I rescheduled (due to a miserable forecast) Pistol Creek Snowshoe, 9 hearty souls plus myself decided to venture out and see what we could see.  And, as it often goes, the weather turned out to be not that bad.  The 10 of us gathered at the base of the bald hills below the lookout and had introductions around.  There were two TRMers (Alden Wright and Oliver Serang), four GMSers (Jenny Freudenburg, Greg and Cecilia Notess, and Doug Thorsen)  and four of us who have combined memberships (Bryan Kercher, Dell and Gail Meuchel, and myself).  After getting to know each other a bit, and after two separate (rather dire and unfriendly) warnings of wolves from a few local hikers, we headed up the first steep pitch about 10:00, right on time.
The lower hills were bare of snow so no snowshoes necessary.  After about a 1000ft or so of elevation gain we hit a little snow and did see what may have been fresh wolf tracks. At about 2200ft of gain we strapped on the shoes.  The most challenging part of the hike was the last 500ft of elevation gain to the lookout.  Thankfully, a few in the lead took turns breaking trail and in no time we were at the lookout.  Views were not spectacular due to low clouds but the group didn’t mind one bit as we were all thankful we weren’t in rain or snow or worse, as the forecast predicted.  After a quick bite and a few pictures, we headed down.  In short order we were back at the vehicles and enjoyed a well-deserved cold beer and some salty chips.  It was a short but very rewarding trip with an excellent and varied group.
Photos by Bryan Kercher 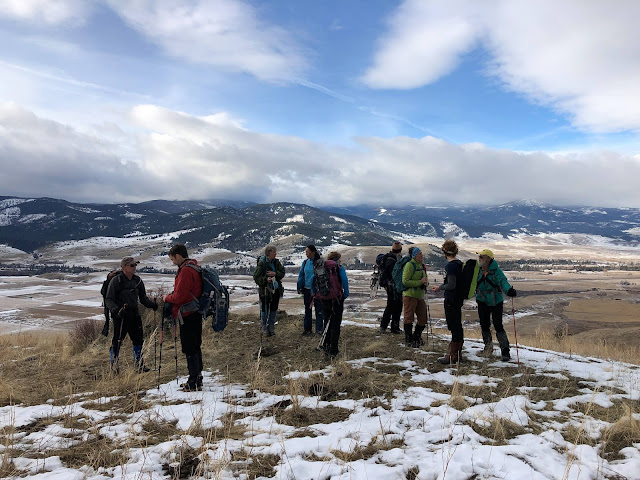 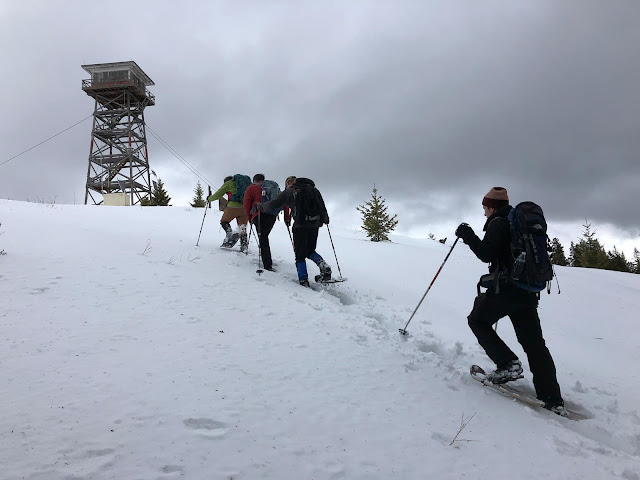 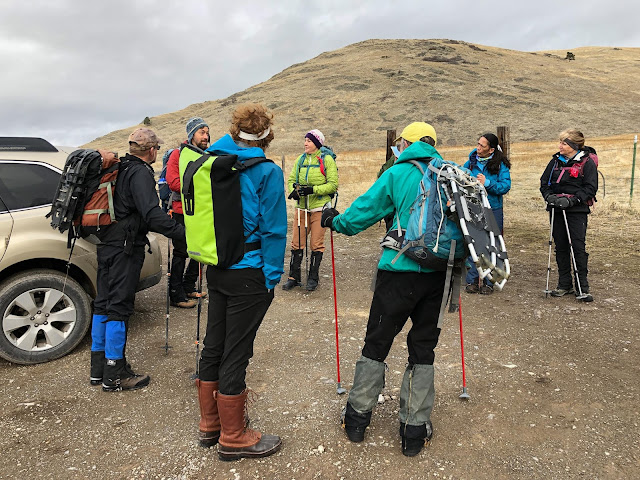