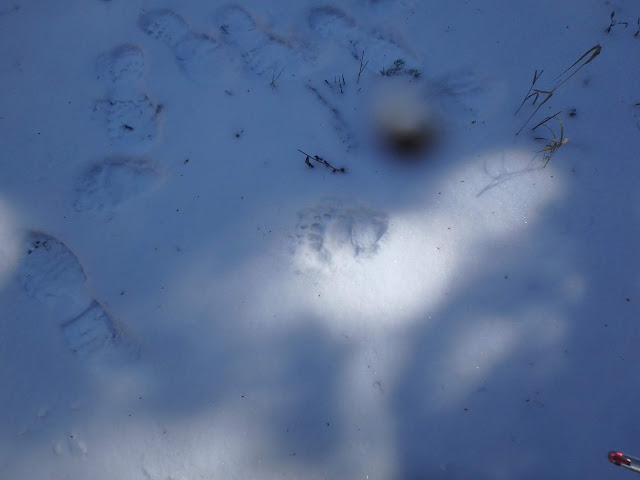 I never was sure who it was you order perfect hiking days from, but they delivered today. The goal here was to explore the south end of a road we had explored earlier in the year, to see, if in reality, it was a point to point route through the northeast ridges of Nemote Cr.’s tributaries, like it looked like on a map. The previous trip had showed that the expected junction with a road up from Alice Cr. no longer existed. Scoping out this end, on that trip, had looked promising. The Stark Mt. Lookout road has long been my favorite to take “flatlanders” on if you really want to scare them. It hasn’t improved over the years, going up we met a large pick-up coming down, he pulled one set of wheels more than part way up on the bank to let us pass. At our road junction, about 2/3 of the way up the switchbacks, it seemed a normal road, until we went about 300 yards/274.32m, and the road turned to follow the north slope of the ridge between Bear Cr. and Nemote Cr. (South slope of the Bear Cr. drainage.) There was no gate, but one wasn’t necessary -it was impassable – that is: the road bed was still there… sort of. Rock had fallen from the high side down onto it, 3-4 foot/ 0.91-1.22m trees and shrubs were growing in the tracks, and much of the bed was covered in moss, a sign that this stayed cool and shaded most of the year. It was still in the shade of the morning sun, and actually cold as we hiked it. There was light snow in places, we saw deer, elk, bear and cat sign -big kitty. Also some one had cut out down fall, like last fall or early this year. Unlike a lot of over grown logging roads we hiked it was not choked with alder brush, just younger versions of threes and shrubs growing in the larger environment. It was actually pretty nice going, except we had no views. But we could see that the north side of the drainage was in the sun. (South side of the Bear Cr. Alice Cr. Ridge.) It was full mile/1.61k before we came to the road’s crossing of Bear Cr., now the entire roadbed was eroded away by the creek and we crossed on stepping stones, to pick up the roadbed again on the north side. It had not been used in along time and now entire half grown trees were growing in the road bed. Despite the southern exposure we still had trouble finding a sun-lite spot to stop and have lunch in. This part of the road looked very much like the area where the old junction had been on the Bear Cr.-Alice Cr. Ridge above. It would still have been OK for a hike, but we had found what we had come to find and opted to turn back. The way back wasn’t quite as cold as the sun had now come over the ridge, and we did find a few places to get some longer views. Standing on the bank by the main road junction we could see areas on the opposite slope where the roads appeared to not be shrouded in trees, but there are a total of four old roads on that slope, and it was hard to tell which road we were seeing.

Maria had never been to the Stark Mt. Lookout (7339 ft/ 2236.93m), so back at the truck we drove up the road to a locked gate, just at the end of the final switch back. There things were puzzling. We had hiked to the Lookout back in 2003, with two of our grandchildren, then 5 and 7, in snow. The GPS showed this gate to be an entire section (1 sq mile/2.59k), from the section with the lookout, making it close to two miles/ 3.22k to the lookout. I know we hadn’t walked that far with the kids back in 2003, so concluded that they had moved the gate since then. We started out up the road and soon were in snow which eventually got to be as much as 3-4inches/ 7.62-10.16cm, as the road rose steadily from 5920 ft/1804.42m The secret life of the local fauna, birds and mammals was etched in the snow. But it was with disbelief that we found ourselves staring at very-very fresh bear tracks. Like we had scared it up. Never saw the bear. In a little over a mile we came to where the Ninemile Divide Trail comes in, 3/4 of a mile/ 1.21k or so from the lookout. The place looked vaguely familiar and a wide spot in the road made me suspect that this was where the old gate had been. Not too far up the road we should come up on a saddle were you could see over to the north for the first time. We had set a turn around time of 3:PM and continued up the road to about 6,600 without toping out on the ridge. The road just continued up the ridge side and it was our turn around time, but we took time to take photos and such on the way back down to the truck. Regardless of everything it had been a great day.

And now the longer distance to the lookout makes it worthy of a future “real” trip. And the roads going up on the Bear Cr. -Alice Cr. ridge from the Alice Cr. side will still make for nice easy hikes. 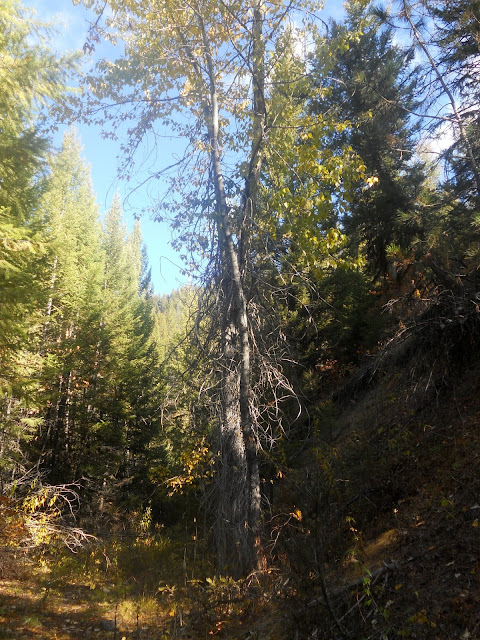 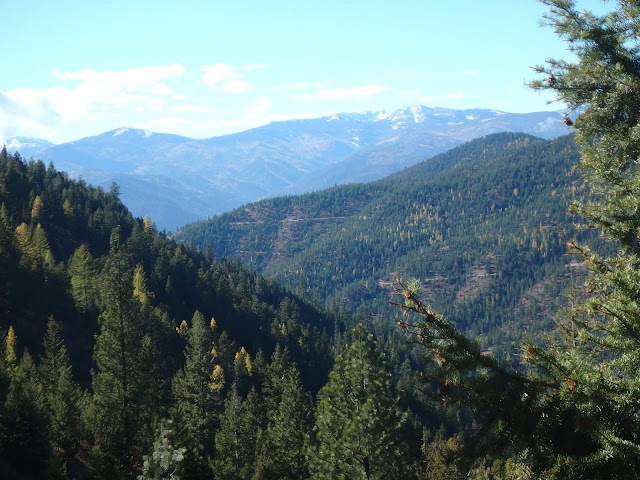 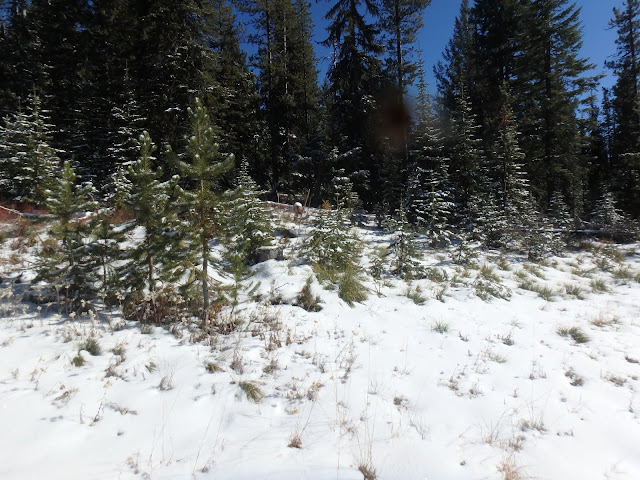 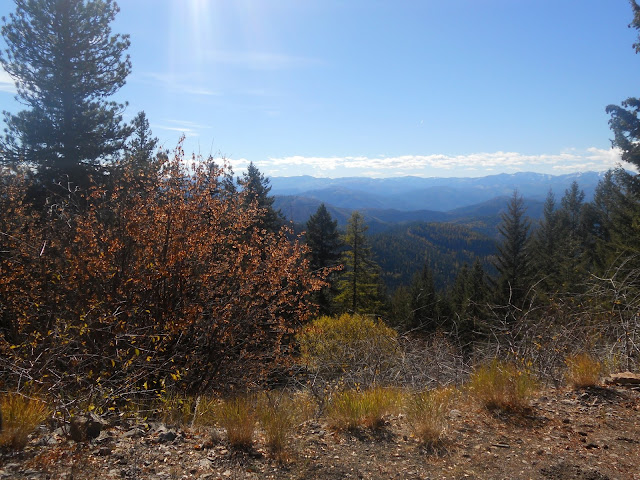