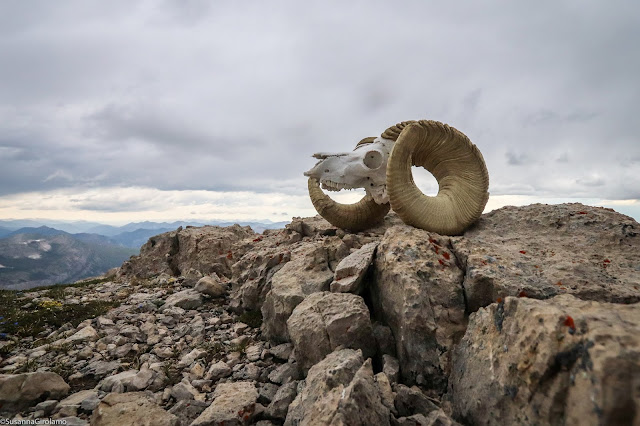 Date: July 6 – 7, 2019
Participants: Dori Gilels, Casey Lammers, Minot Maser and trip leader Susanna Girolamo Phillips
The Bob Marshall Wilderness hasbeen on my list to do for so long, but this year, I finally decided to plan an overnight trip.
I still remember very well when I opened the topo-map of the Bob Marshall Wilderness, the prominent plateau between Scapegoat and Flint mountain got my attention right away.  After researching the area and gaining local knowledge I put the trip on the Rocky Mountaineers calendar.
The plan was to hike in on Saturday morning through the Crown Mountain trail, set up camp somewhere along Green Fork Creek, preferable closer to the plateau and summit Scapegoat Mountain at the same day, weather permitting. So four of us ventured into this endless wilderness not knowing what to expect.
Together we carpooled on Friday to Augusta. There, we met up with Casey’s friend, Brian, a member of the Northern Rocky Mountain Grotto (NRMG). Brian has worked in the Bob Marshall for several years on wildfires, rescues, exploring caves etc and he recommended starting at the Benchmark Campsite because of the trails better conditions. Thank you Brian for the great beta.
We spent the night at the Benchmark Campsite. On Saturday at 7 AM we started our hike along Straight Creek. At the junction of Straight Creek and Green Fork a Forest Service cabin offered us some shade where we enjoyed a break. At this point we already put about 10 miles in less than 4 hours. Yes, we were moving, or as Minot would say, we were “blazing” 🙂
At about 3 miles into Green Fork Creek there is a great camp site next to a lake. We skipped it, and continued for another mile to set up campsite. In the meantime the weather started changing. The predicted thunderstorms were rolling in. We contemplated for a while to summit or not as thunderstorms were passing south and north of us. A window of clear blue sky satisfied us enough and we pursued the summit. We ascended straight up a gully. As we reached the plateau the sky north and west of us turned dark gray and lighting started illuminating the horizon. Though, the higher we got the further the storm was moving away. We missed most of the storm, and got to the summit where a bighorn skull welcomed us. We spent little time on the summit because of the active lightning around us. After taking a few pictures we made our way back down.  We followed the hiker’s trail that contours just below the plateau along the cliffs.
We were back at campsite just before 7 PM, after putting in 19 miles, and 4’490 ft of elevation gain, we were ready for dinner. Weary from the day we relaxed at camp and our only concern then, was managing dinner while being attached by dozens of mosquitoes. At sunset we all escaped into our tents and settled for the night. It only rained on us at night.
Sunday morning we trekked back and followed the same trail out. After hiking 14 miles and less than 7 hours we made it back to the car feeling spent.
While driving back to Missoula we reflected over our adventure. 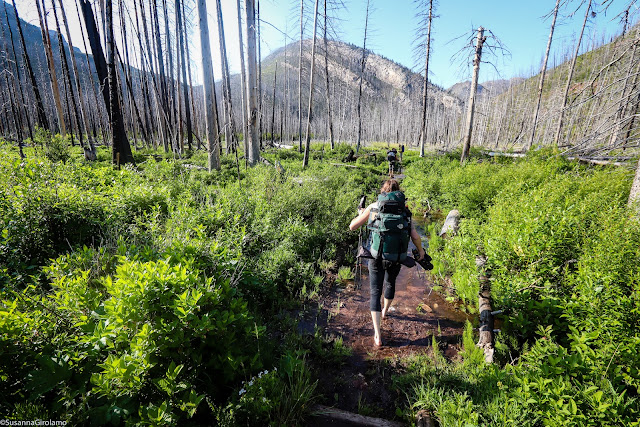 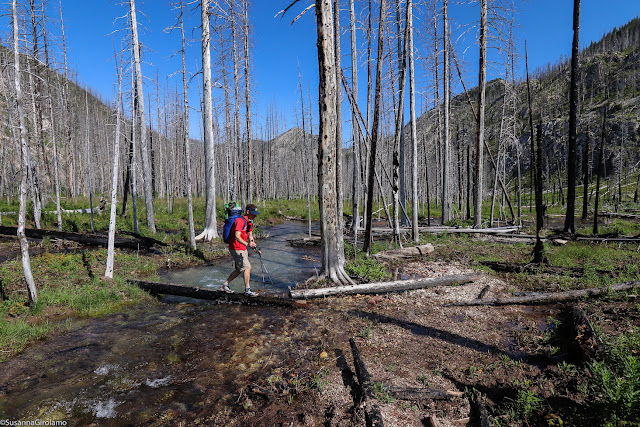 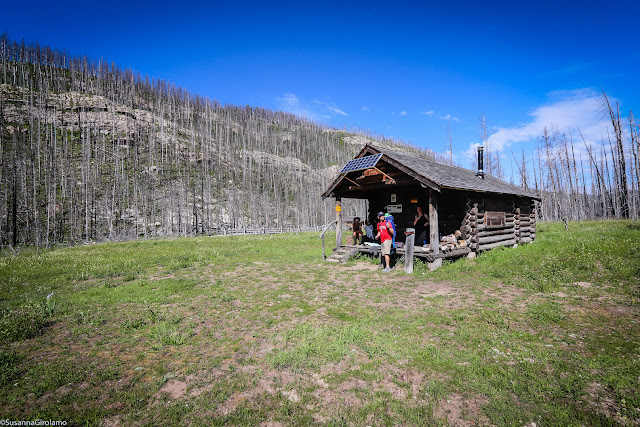 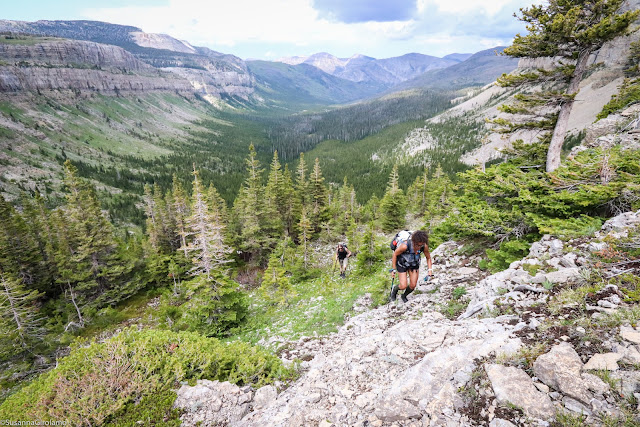 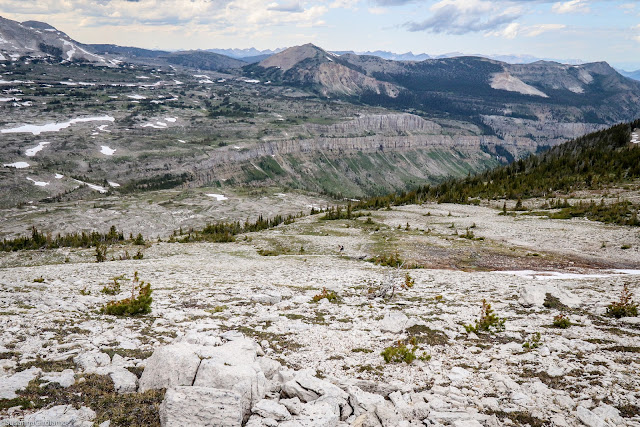 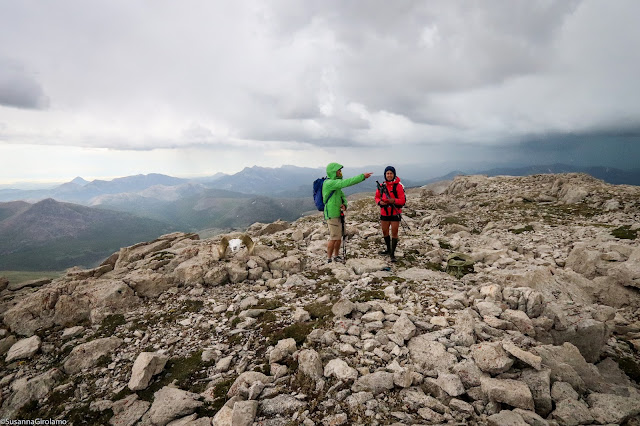