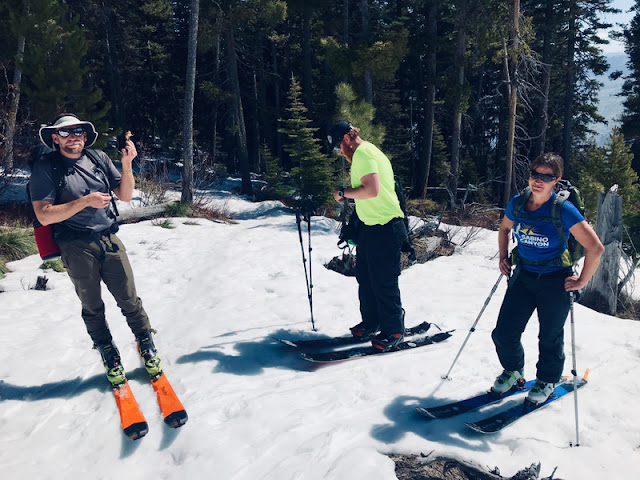 Four of us met up for this casual day of ski touring on St. Mary Peak in the Bitterroot.  Jennifer Franklin, Kelly Miller, Dave Swanson and I drove as far up the road as we could…which wasn’t very far.  We made it to a switchback at 5100’ and started packing our skis and boots up the ridge.  We climbed 1300’ before we found enough snow to justify skinning.  The ridge made for a direct route to the trailhead and we continued up the ridge to about 8200’ before we decided the day was warming up too fast.  The snow was getting soft fast and we wanted to get some turns in before the slush took over.  We ripped skins and had a nice run down a south facing glade.  We had a snack and climbed back up to our highpoint and decided we’d rather ski down and make it to the BBQ in a timely fashion instead of continuing to the summit.  The ski down was enjoyable with a band of sticky snow in the mid elevations of our decent.  We skied back to where we’d stashed our shoes and hiked down to the truck.  For some reason, “Sweet Child Of Mine” was either whistled or sung for the majority of the outing.  Our group had a continual dialog about which way to go and the song sprang out of that:
Where do we go?
Where do we go now?
Where do we go? 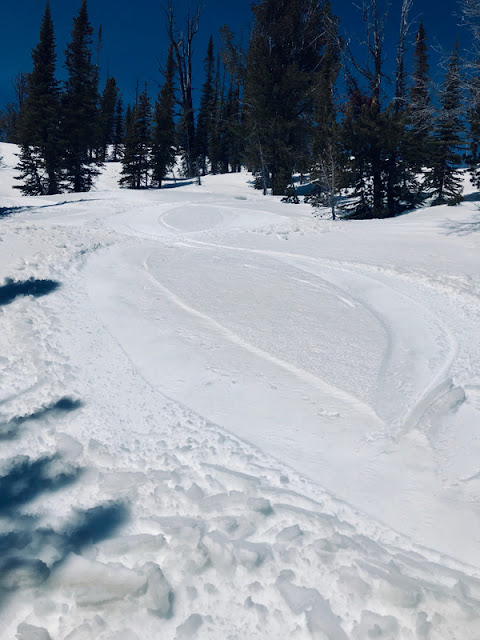 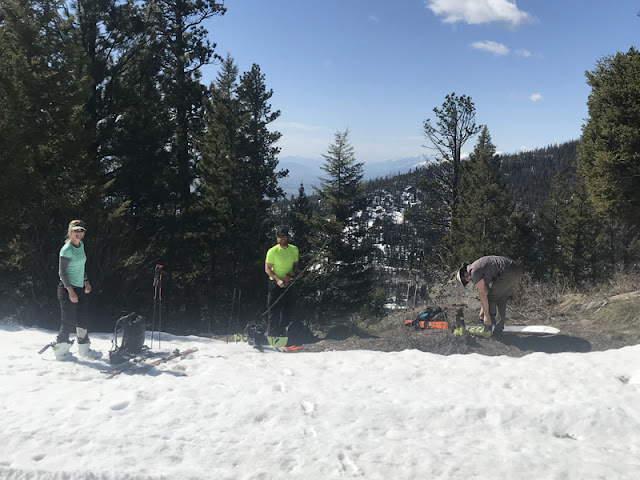 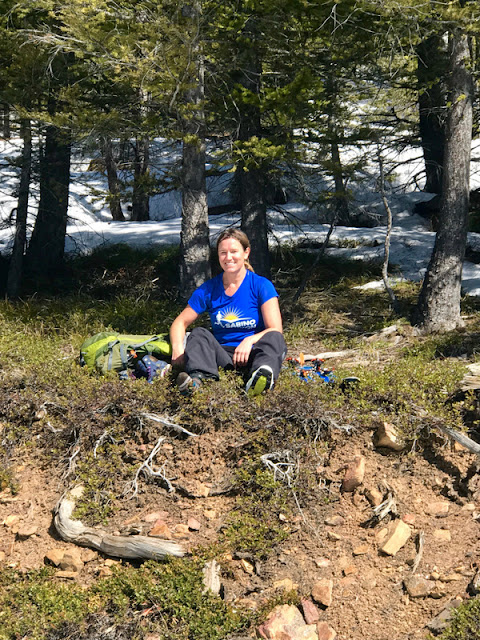