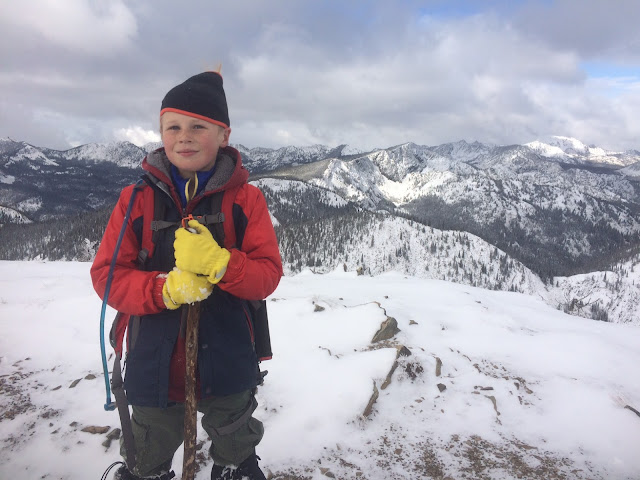 Date: October 12-13, 2018
Leader: Eric Jones
Participant: Isaac Jones
In order to improve our chances of summitting this peak with a !0-year old, I broke up this 19 mile hike into two days. The first leg was riding and pushing my mountain bike with Isaac’s tag-along up Spring Gulch late Friday afternoon. We camped at the upper end of Spring Gulch, where we enjoyed Forest Deans’s Jetboil pepperoni pizza for dinner. The next morning, we headed up the trail. It was straight forward until we arrived at the wilderness boundary at our pre-established turn around time of two’clock. Isaac set the time by figuring out how we would get to the car before it got dark. Since, it was two o’clock Isaac was all for heading back. However, after suggesting a Lego set could be in the offing if we summited , I literally  had to run up the trail just to catch up with him. Snow drifts of up to two feet on the summit ridge were the only difficulty. After hitting the top, we descended to camp and then coasted on our bikes to the car. Thirteen miles on foot and three on the bike made it Isaac’s longest day ever. Then it was off to Target to buy a LEGO set. 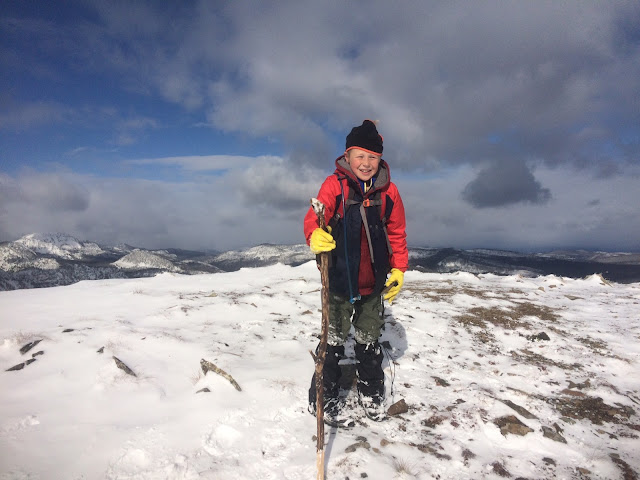 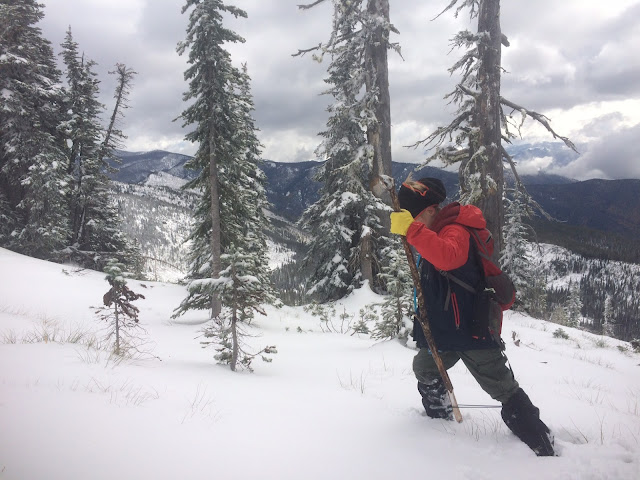 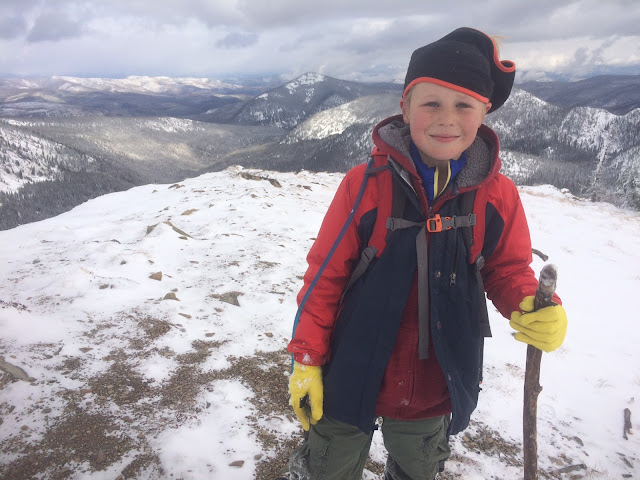 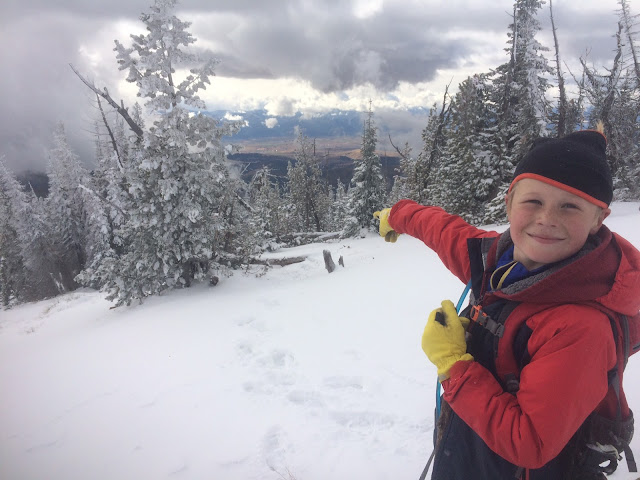 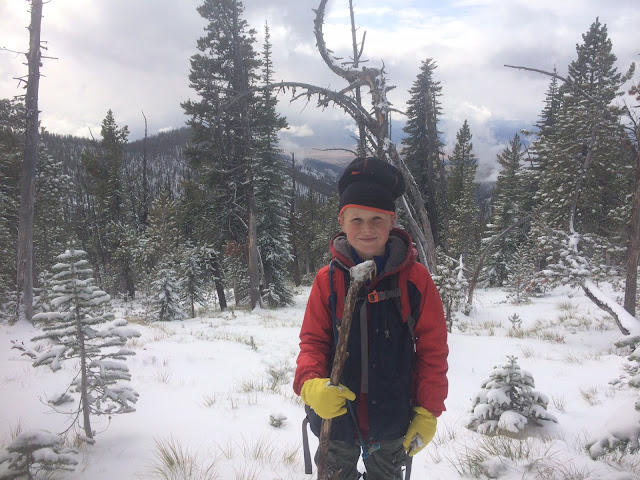