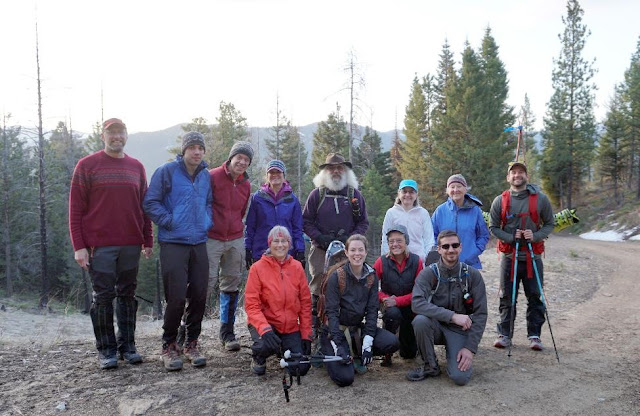 This was a continuation of Alden Wright’s annual birthday trip up Trapper Peak, but unfortunately Alden decided he better not join this year.  We had a full group anyway, with at least a few new members. We met at the “spring trailhead” just down from the lowest deep snow patch – from there it’s about a mile off trail up the ridge to the real trailhead – and got started at 7am on this sunny and pleasantly cool 32° morning. It took almost an hour to get up to the trailhead and when everybody was caught up we took off again, this time spreading out into smaller groups. Soon after starting up again we had snowshoes back on (Adam on skis) and were on snow the rest of the way up. As we got up to around 9000 feet where trees are thinning out it started getting windy and it picked up speed and wind chill as we ascended. The upper climb to the saddle and the summit block were mostly ice covered which made easy walking despite the headwind. It was cold enough that I had my summit layers on because of the high winds. Mike & Josie made it up to the top first in a non-stop push. Alec made it up next.  Adam made it part way up the false summit before turning around due to not having crampons.  He backed down a bit off the steep ice and got some skiing in instead.  I made it up to the summit just before noon and only spent 5 minutes on top as the wind was gusting and cold. From there I made good time going down and noticed the wind was still increasing as the forecasted storm front was obviously moving in from the west and north. Adam passed me on his 2nd downhill ski run.  From there I continued down and caught up to the bigger group, who had turned around below due to the high winds, down near the trailhead. Most of us waited at the trailhead for 15 minutes as Alec was unaccounted for – I last saw him on the summit climb but was not sure he had started down before me. It turned out he had waited in the trees for Dave and others to come up, but after a bit he came down as well. From there we all headed the rest of the way down to the cars. We finished at about 3pm, meeting Mike & Josie & Adam who had gone ahead.  It was a good hike and a fun day for all! 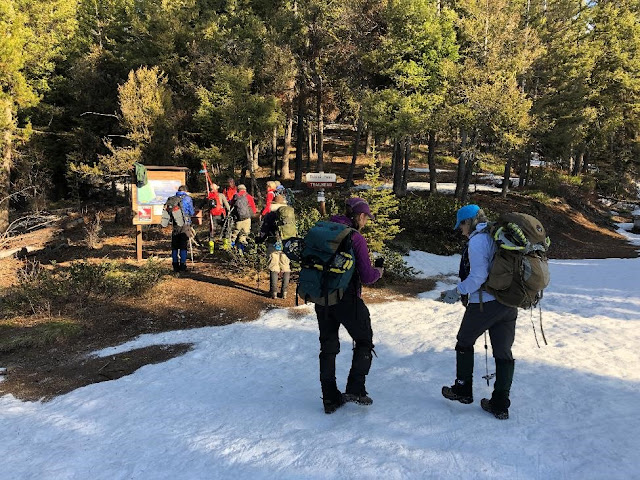 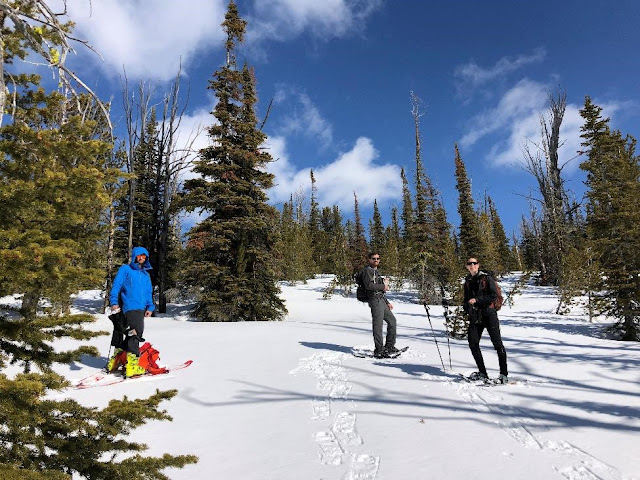 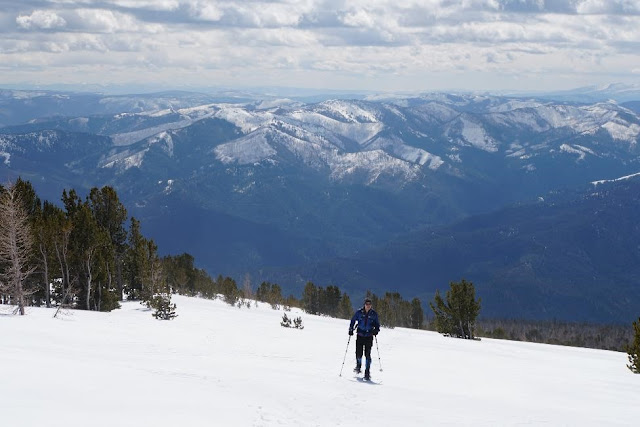 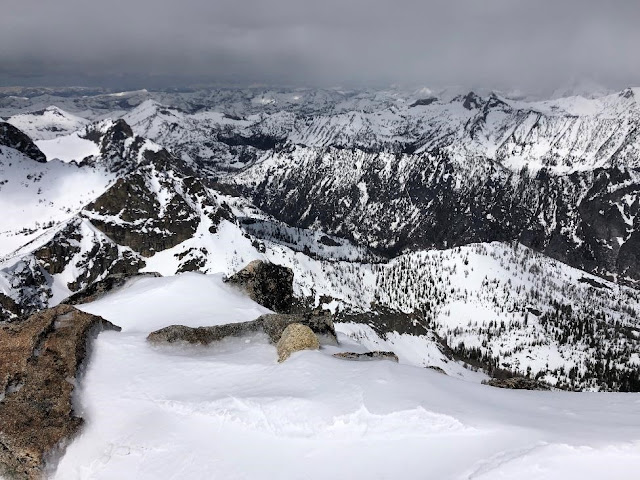 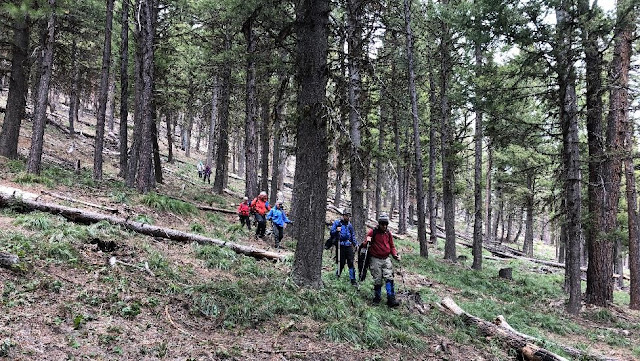