I did my first spring ski trip to Trapper in 1990 with an outing led by Jim Ullrich, former active Rocky Mountaineers member.   Over the years, I did a similar trip many times, including a 1992 trip with my son Kevin.  Starting in 2013, I led Rocky Mountaineers trips which have been billed as birthday hikes since they have been close to my birthday which is April 23.  This trip continued this tradition for my 76th birthday.

We met where the road crosses Troy Creek the second time at 5500’ elevation, and this gave us a ¾ mile hike up to the summer trailhead.  We walked by slash piles that were burned the week earlier.  (Marrea and Edna had driven up to check out conditions, and reported extremely smoky conditions.)  We started hiking from the cars at 8:00, and reached the summer trailhead by 8:45.  Aaron and Michael put on their AT skis and the rest of us put on snowshoes not far above the trailhead.  We soon had showers which continued frequently until above timberline where the precipitation was frozen with cold wind and winter conditions.  Everyone except Kevin and I made it to the peak.   Kevin and I brought up the rear; we met the group coming down in the saddle between Trapper and South Trapper.  We decided to turn around at this point so that we could hike down with the group.  Aaron and Michael climbed back up for an extra run down.  As we went down the weather improved and was nice by the time we reached the cars at about 6 pm. 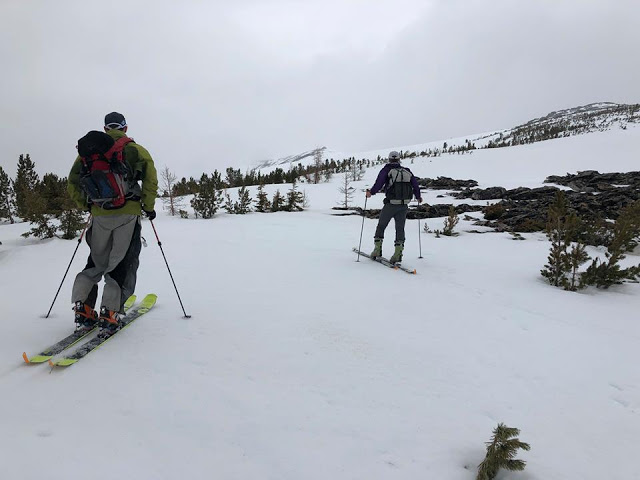 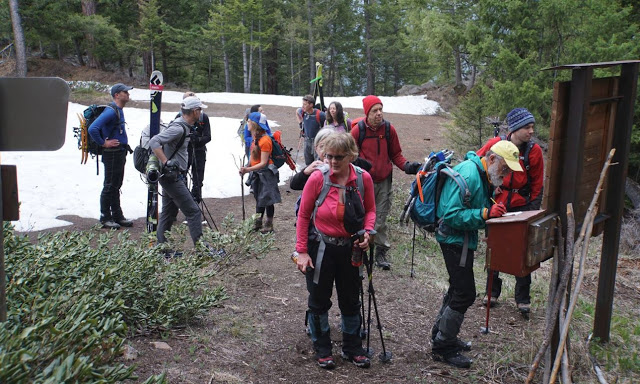 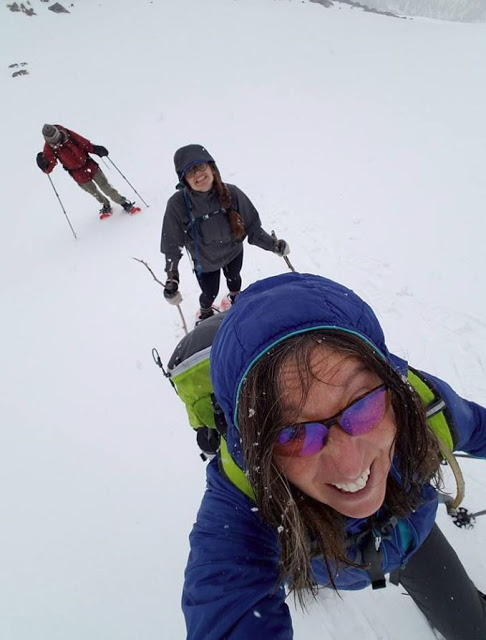 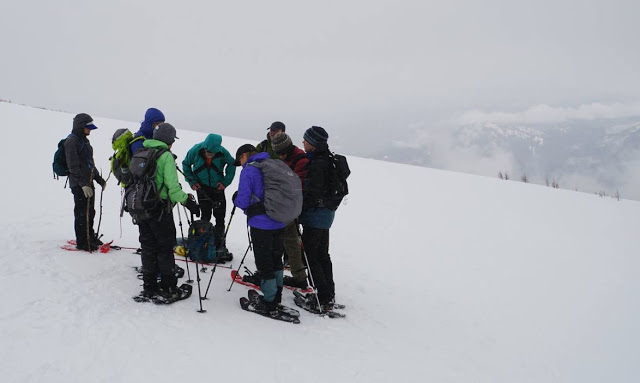