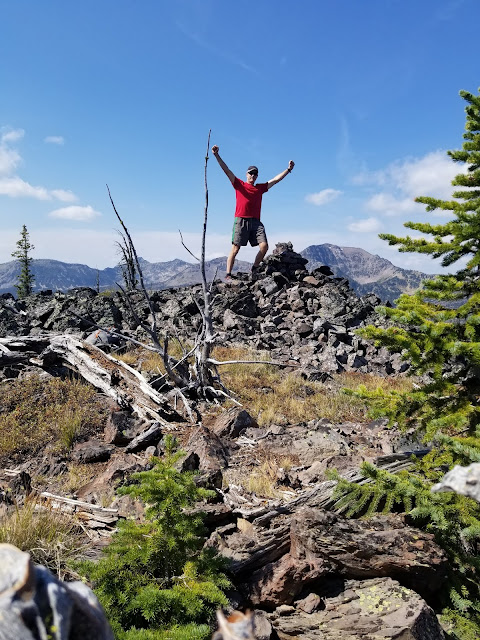 Date: September 8, 2018
Trip Leader and Participant: Forest Dean
Perhaps the late notice did not attract any attention, or maybe nobody likes to go on trips with me!  Either way, I set out solo on this sublime Saturday morning at 9:15am, heading for the remote Triangle Peak on the north boundary of the Rattlesnake Wilderness.  I rode my bike up FR 99 for about 14.5 miles to the intersection of Trail 515.  The ride up took about 1:15.  It then stashed my bike, changed into trail runners and alternated running and hiking a couple miles up the trail to a point where I followed a small stream up and to the east.  I eventually topped out on a ridge and followed this to the very uninspiring 7827’ summit of Triangle Peak (really just a high point along a relatively flat ridge).  There are remnants here of an old lookout or something.  Took just over 3 hours to reach the summit.  After lounging around for about an hour, I headed back the way I came.  Flying down the FR99 was fun.  Round trip time of just a hair under 5 hours (plus that other hour of lounging!).  38.5 miles (29 on wheels)- about 4500’ of elevation gain.  This happened to be the last of the Rattlesnake Peaks on our list that I had not yet climbed.  Yay, me!
Forest Dean 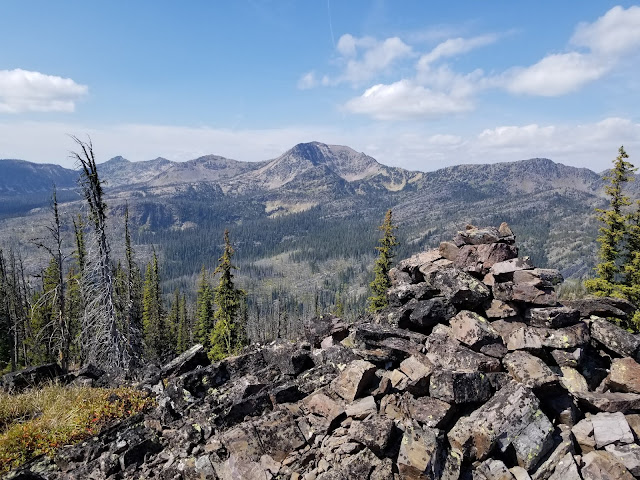