With this most awful of winters (way too warm, no snow) it’s easy to quickly get out of the ski mindset.  This is a mistake of course, because the snow is actually pretty darn good in the high country!  Just need to work a bit to get to it.  Earlier in the week I was of the mindset that “it can’t be any good up there” and I postponed the trip.  As the weekend grew closer though (and with some encouragement from Fintan), I decided to give it a go after all….and I think we were all happy with the result.

Fintan and I drove to the gated road up to Little St. Joseph Peak trailhead on Friday afternoon and met up with Jamie.  We had to hike up the road and then the ridge trail to about 5400’ before it was decent enough to start skinning.  Took us about 2.5 hours to ascend the 3000’ (3.5 miles) to the cabin.  Heavy packs loaded with lots of food and drink make for somewhat slow going.  Arrived just as it was getting pretty dark.  Cabin was very clean and in good repair.

Saturday morning we left cabin around 9:30 and followed the ridge to the summit (1800’ of gain).  Took a 2000’ run down the “North Bowl”.  Found the snow to be pretty good although a touch thin in places.  Transitioned and headed back up the bottom of the “South Bowl”, regained the ridge trail and back up to the top of said South Bowl.  Here we dug a pit, deemed things to be on the safe side, then I descended down the South Bowl while Fintan and Jamie skied back down the Ridge to the cabin.  Both runs were of good quality, particularly the upper (steeper) part of the South Bowl.  I descended back down to the earlier transition point (7000’) and then followed the skin track back up to just below the summit for a third run.  Again I skied the South Bowl, but this time climbed up to the ridge half way down and headed down to cabin.

Leland rolled in around 4:00 that afternoon, dropped his pack and skinned up about 500’ above the cabin to the narrow ridge to do a short run.  After that, we ate good food, drank a lot of beer/wine/whiskey, listened to music and enjoyed cabin life!

Awoke late on Sunday morning to a blue bird day.  Had some breakfast then headed up the mountain again.  Went to summit again and took in the views.  All four of us then headed down the South Bowl this time and found the skiing to be outstanding all the way to 7000’.  Transitioned and headed back to the narrow ridge 500’ above the cabin.  Leland decided to head up the mountain for one more run.  Jamie, Fintan and I headed down to the cabin, packed up and began the arduous ski down.  With a lack of coverage in the mid and lower elevations, we chose to ski down the road once we got to the summer trailhead.  This was long but really easy as someone else had put a nice track in within the previous day- just glided the entire way.  Got back to vehicle about 1.5 hours after leaving cabin

It was a really fun weekend with a great crew.  Yes, we need more snow but I guess for now we just need to make the most of what we have!  Forest Dean 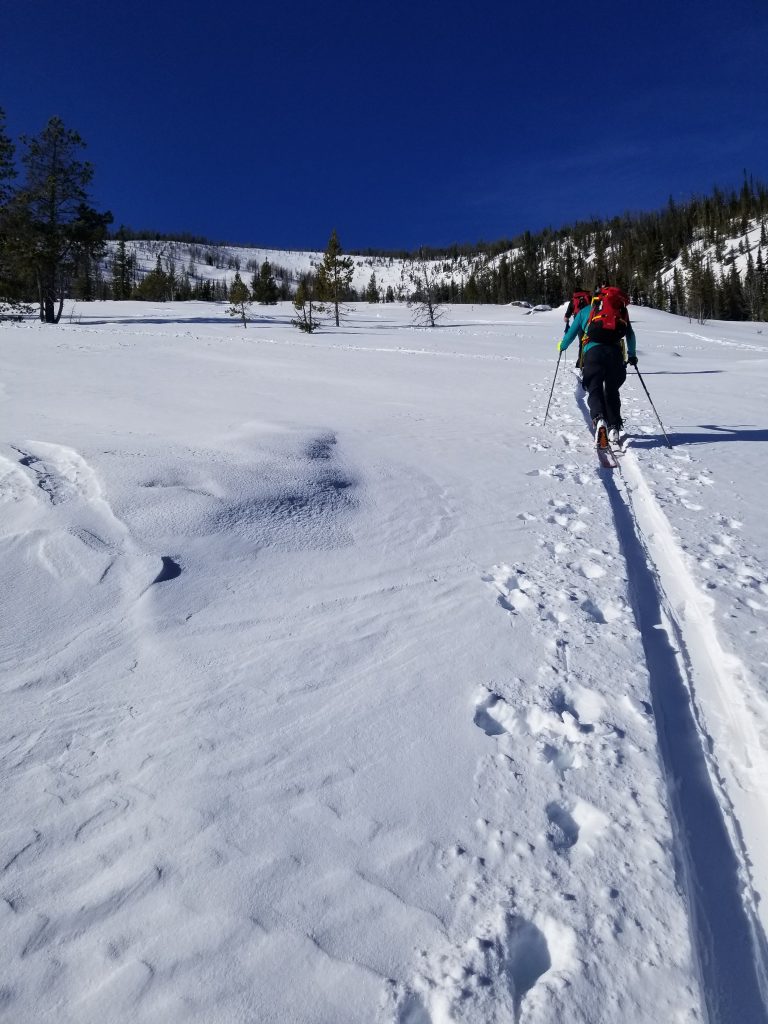 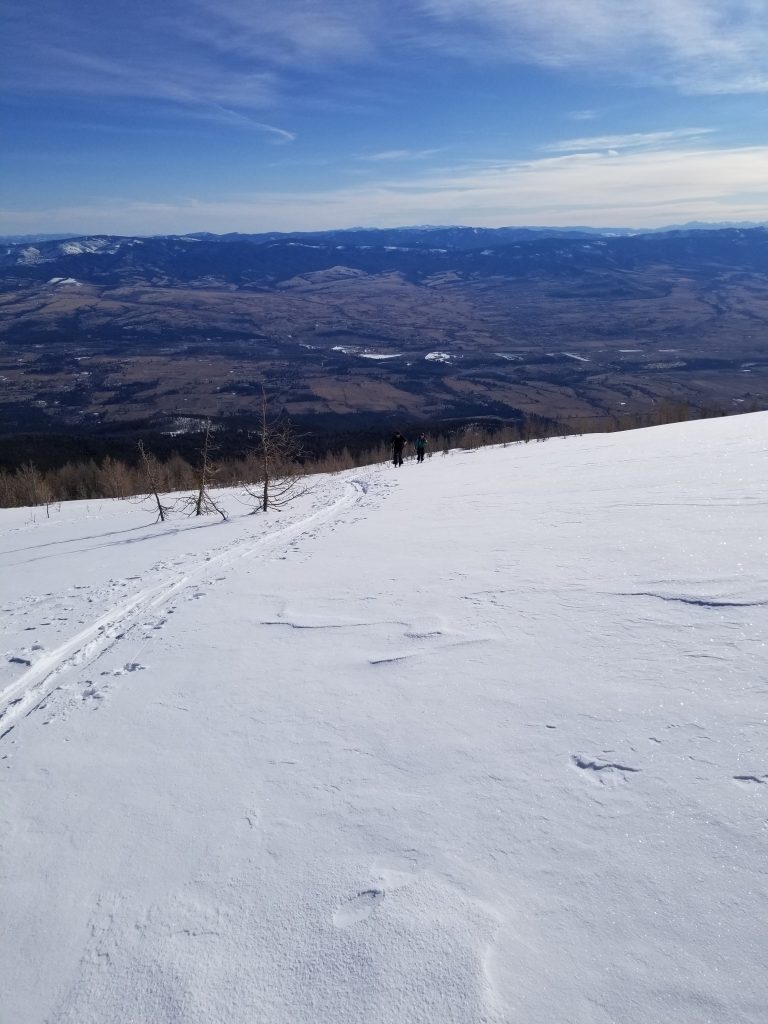 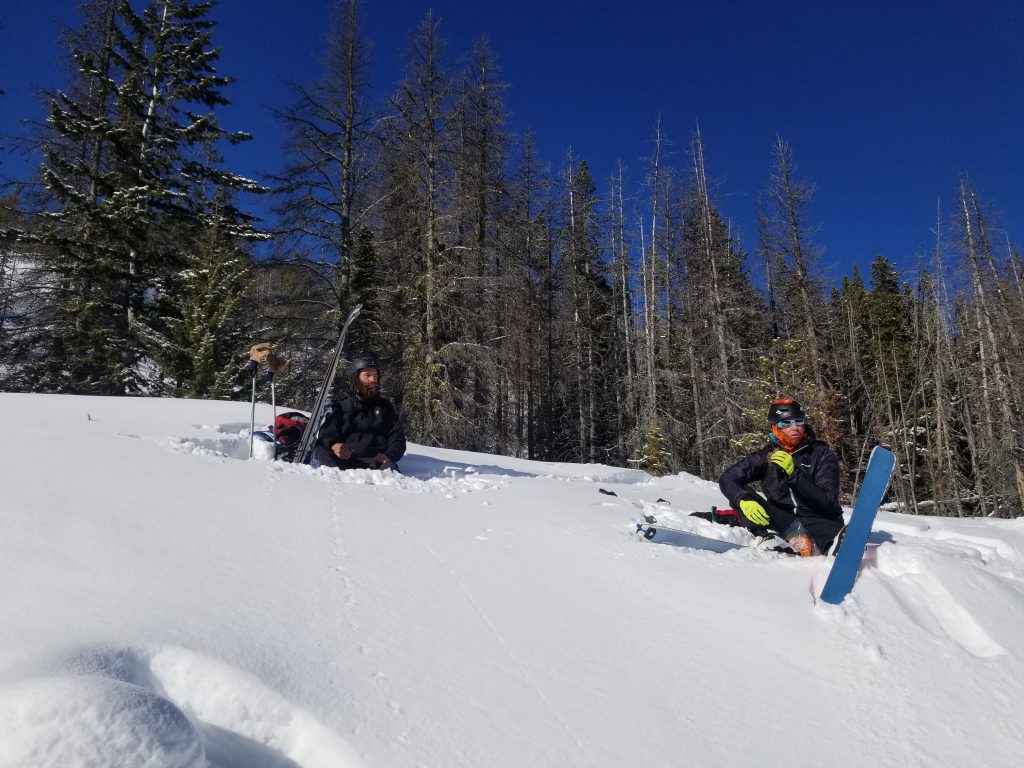 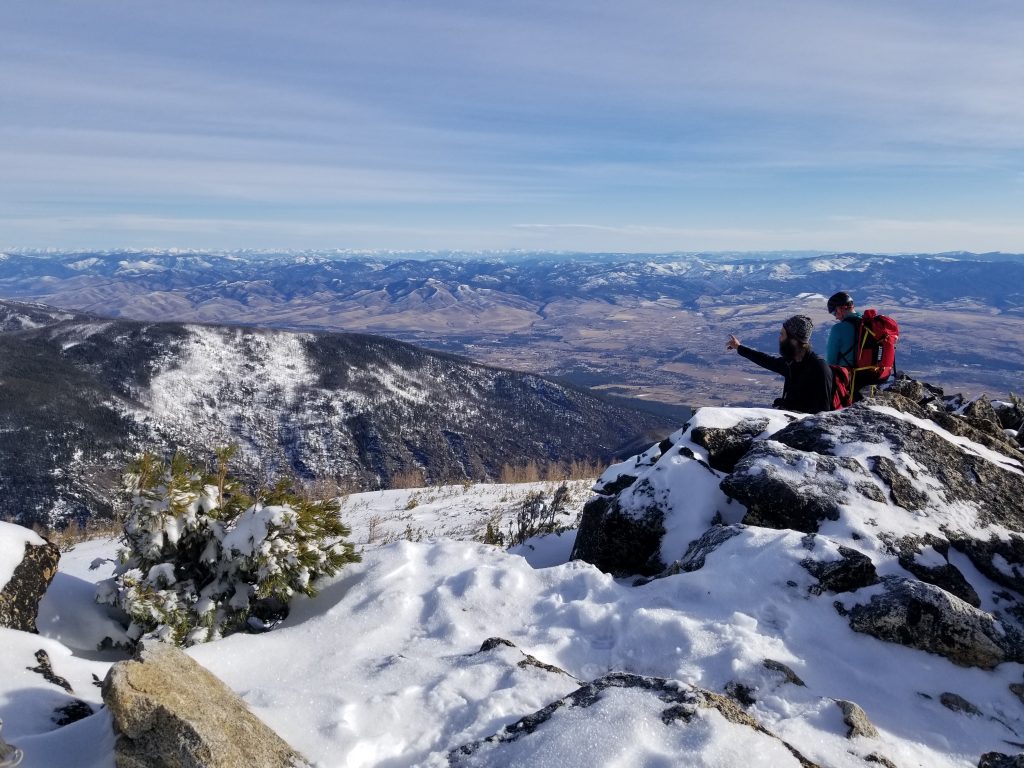 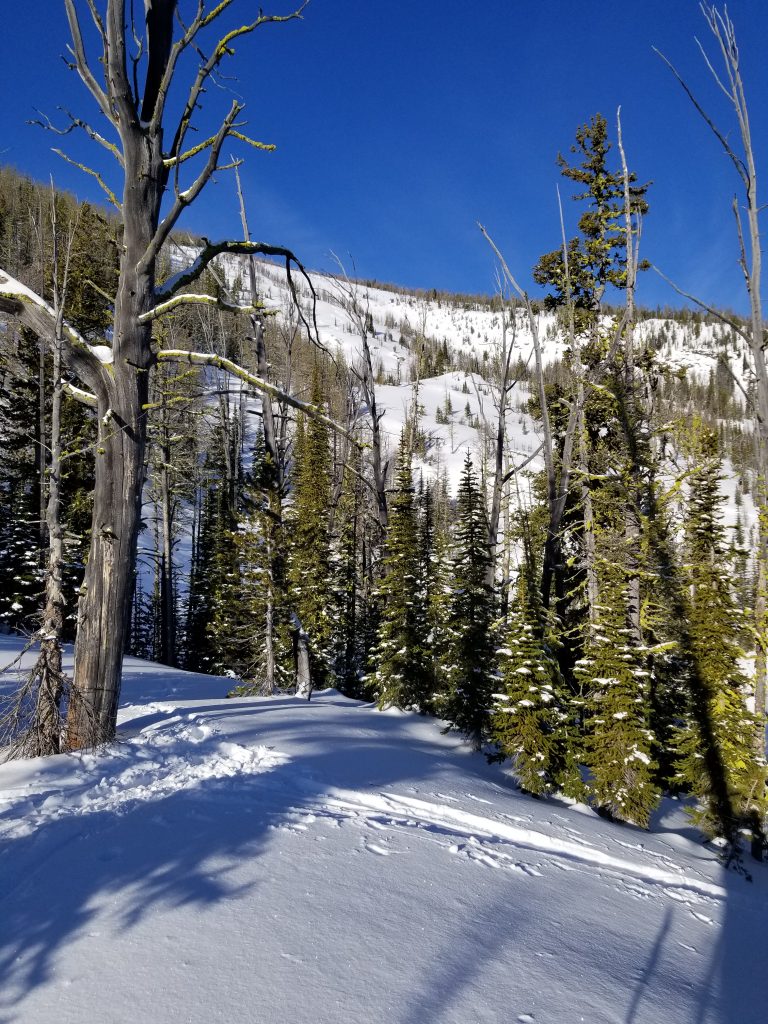