The plan was to have everybody to the Big Arm Boat Rentals (look for the teepees) by 10:30 for our 11:AM -4:PM shuttle (cost $40 per person), for what promised be a perfect hiking day, mostly cloudy, in the high 60’s to low 70’s (21.11c). The sun peeked out occasionally and we only got a few splatters of rain. As we rode out in the shuttle boat I scoped out the three prominent points that form the Islands highlands, the kid driving the boat said the left most, or north point was the highest, and it looked to be. He also said there were still five wild horses on the island. The shuttle takes about 1/2 hr. without a stiff wind.

Dropped off at Seiko Bay on the north side of the island, (this is a MT State Park fee area, no charge for state residents, $4 for non-residents) we hiked up about 1/2 mile/8.8k to a saddle, past the only outhouse in the park. There by the remains of a house and a barn we had lunch, and left there to follow a trail around 12:30. By the time we reached the old buildings we had already seen deer and big horn sheep. The five wild horses were below us by a corral, with some people among them. Not sure if they were fellow hikers or someone from FW&P working with them.

From the saddle we followed the trail up another hill to a trail junction. Here the differences between mine and David’s OnX chips in our GPS’s showed up, mine showed no trails, David’s showed two developed loop trails. One that went down a gully to Eagle Cove on the east shore of the island, that loops back to Seiko Bay on the lake shore, and one that looped a little further south, then went down in to gully on the south below us, rejoining the trails at the old building. What we could see was a user trail going steeply up the flank of the north point a few yards away. We went up it to find ourselves on a nob below the north point, and the trail pretty much disappears. We could see a second user trail on the north point to our right, but we had to drop down into a gully to get to it. It was longer and just as steep as the first trail, but brought us to the top of the north point, amidst a heard of big horn sheep rams. We were at 3660 ft./1115.57m, a nob to out left looked higher, the GPS said 3680 ft./1121.66m Dave R. Maria and I walked over to it giving as wide a berth to the rams as we could. We took summit photos then went back by the others, for a rest and some snacks. But we kept commenting that another point about 1/2 mile/0.8k mile along the ridge looked higher. Steve kept saying he had seen a 3700 ft./1127.67m point on the map on the kiosk by the boat launch. Sometimes when your are up high by several prominences of close to equal hight, the distant one looks higher, until you actually climb it and see that the first one was the higher, so had we had missed our mark by 20 ft./6.1m? There was no discernible trail from here. It was 1:30 when we started back down with 1 1/2 hours to get back to the bay. We split up at that time as most of us wanted to find a better way to get down than go down the steep trail we had come up. We all made it back to the boat landing by quarter to 4. Sure enough there was a 3700 ft./1127.76m point on the map, about 1/2 mile/0.8k over. We discussed if a 20ft/6.1m loss was worth coming back for. For some of us it was, for some not. But everyone thought any excuse to come back to the island was a good one.

A stiff wind had come up and the water had white caps, everyone caught spray at some time, and the trip back took a bit longer. Looking back at the Island’s three points, I saw now what we hadn’t seen on the way in. Wrapped around behind the three points was a shallow ridge. The high point was on that ridge between the north and center points. The locals recommended us going to Pete’s Lake Front Bar and Grill for dinner. It was more bar than grill, unless you sat on the deck, it was cold and raining. It was noisy but the food was passable and we had a nice dinner before returning to Missoula, it rained all the way back.

Later I sat down with both GPS’s to scope things out. From our high point we would have had to drop down around 100 ft/30.48m to get on the wraparound ridge, in the 3560 ft/1085.09 range. Knowing to just climb the north point to the 3500 ft/1066.8m level and go around it to the ridge would have been helpful. There may have been user trails up some intervening points to come up on the ridge closer but we couldn’t see any, and all of the gullies were topped by rock out croppings and cliffs. Maybe this was the best way. Anyway, we would probably have needed another hour’s worth of on-island time. My GPS showed the high point to be 3720ft/1133.86m, David’s GPS said 3740ft/1139.95m, so now we don’t even know how much we missed the high point by. Next time. 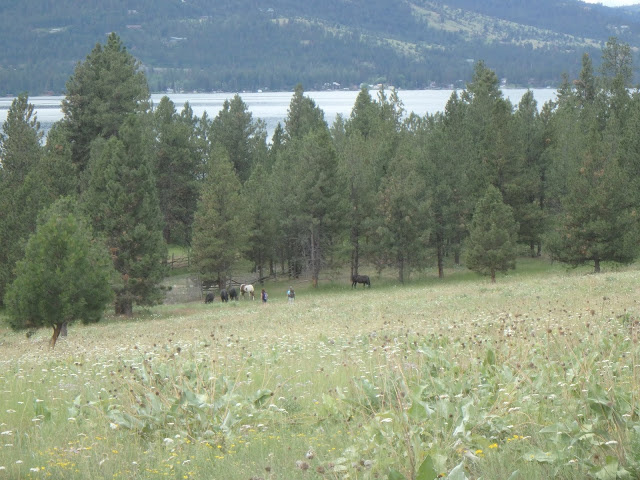 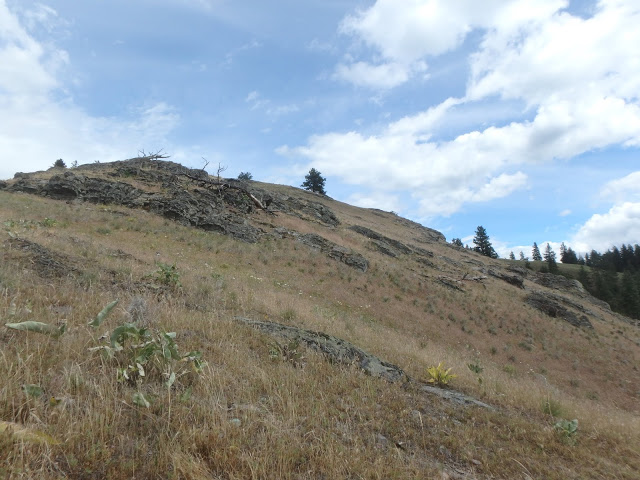 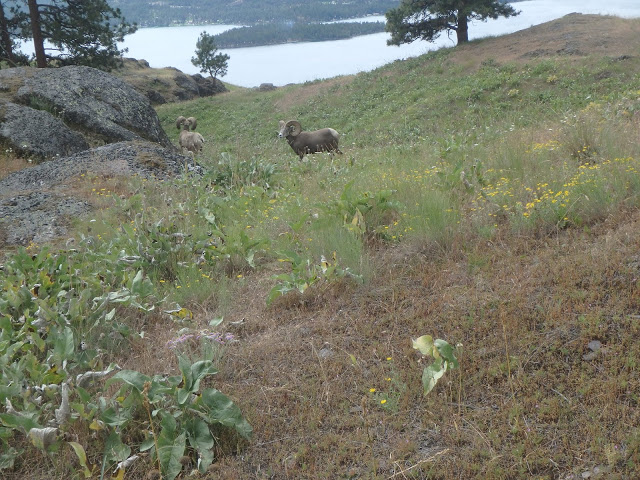